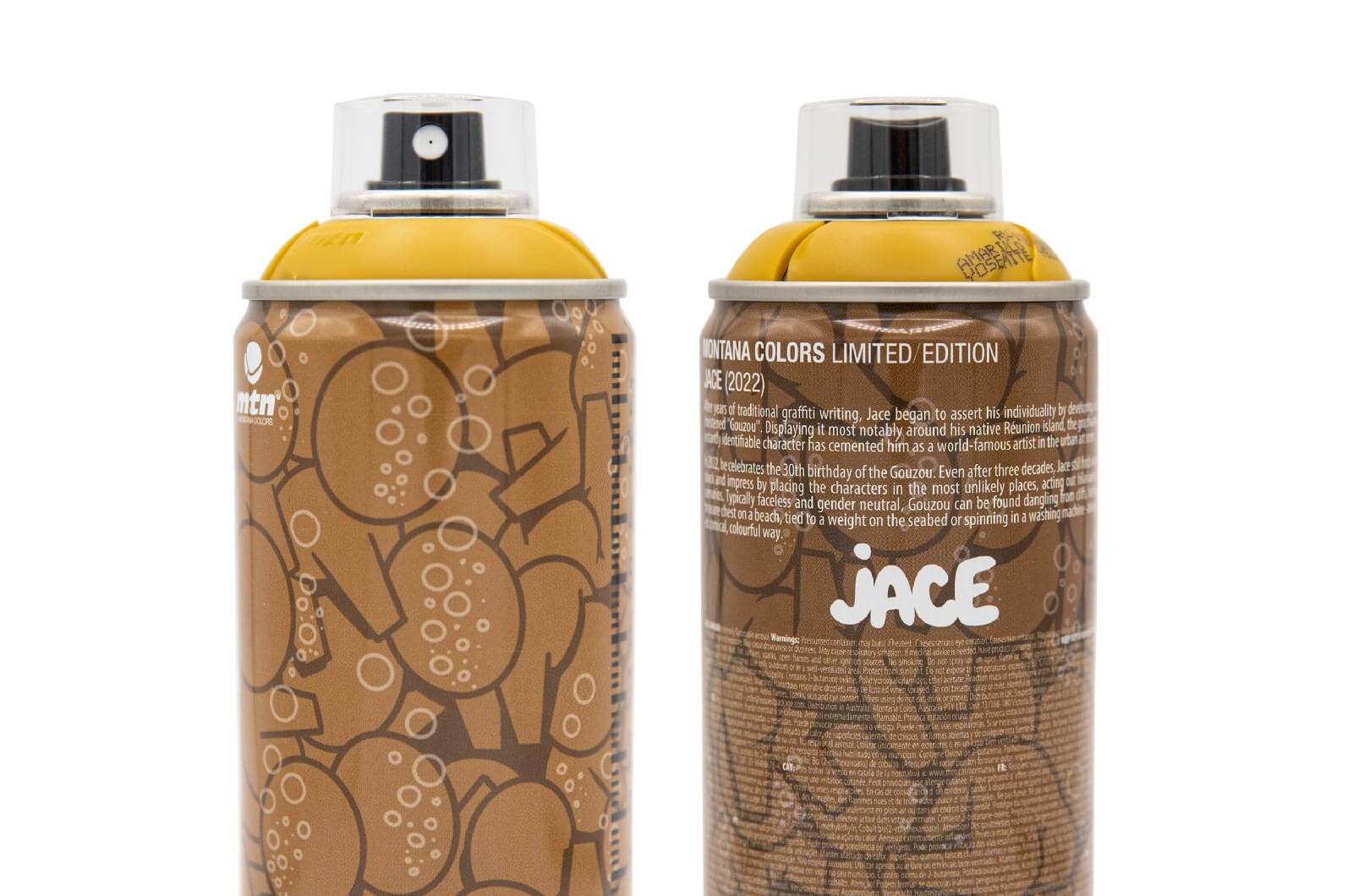 In 2022 the “Gouzou” character turns 30. To mark the occasion, Montana Colors has launched a new MTN Limited Edition in his honor. MTN World obviously had to get in touch with Jace, the creator of these friendly creatures who have invaded the world from their base in Réunion. 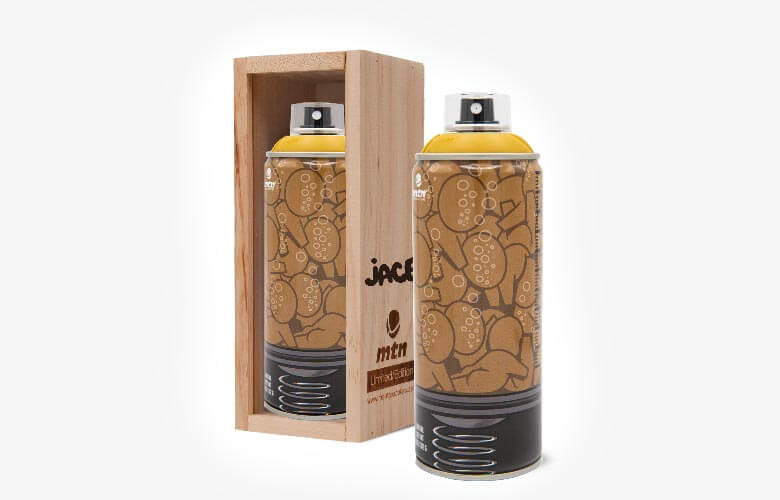 The Gouzous have appeared in Europe, Asia, Africa and America. What was the first trip you made? What do you remember about taking the character out of his usual territory?
The first trip was to Prague on New Year’s Day in 1994. It was -15º C. I was wearing sneakers in the snow. I had stolen some street posters and the locals were yelling “Hooligan!” at me :-)).

Traveling allows you to find new sources of inspiration, find exotic and original media, meet other artists, other cultures. In short, nurturing you spiritually and culturally.

Being away from the dictatorship of Parisian and national graffiti allowed me to develop an original style without any pressure from my “peers”.

You’ve spent a lot of time in Réunion, away from the traditional capitals of graffiti. What’s the graffiti and street art scene like there?
What could have been a disadvantage at first eventually turned into an advantage. Being away from the dictatorship of Parisian and national graffiti allowed me to develop an original style without any pressure from my “peers”.
I started doing graffiti 30 years ago on Reunion Island, at a time when you could count the number of writers on the fingers of one hand. I started doing traditional graffiti based on lettering, but quickly went off on a tangent with my Gouzou in 1992.

Since then, the community has grown tremendously and many artists stand out with their own styles. But we are lucky: the pieces can last quite a long time, plus the population and the authorities are quite tolerant of the phenomenon. Here, the signs of the shops are still done by hand by signwriters, there’s a true culture of painting on the wall. 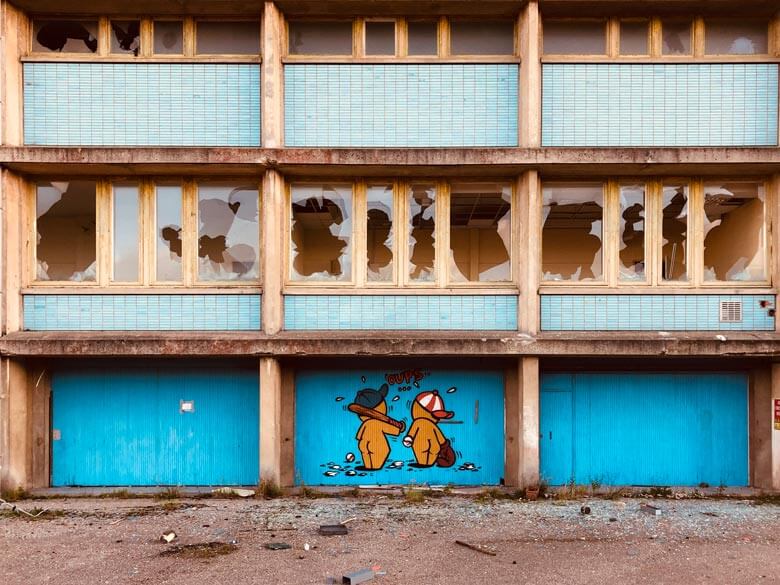 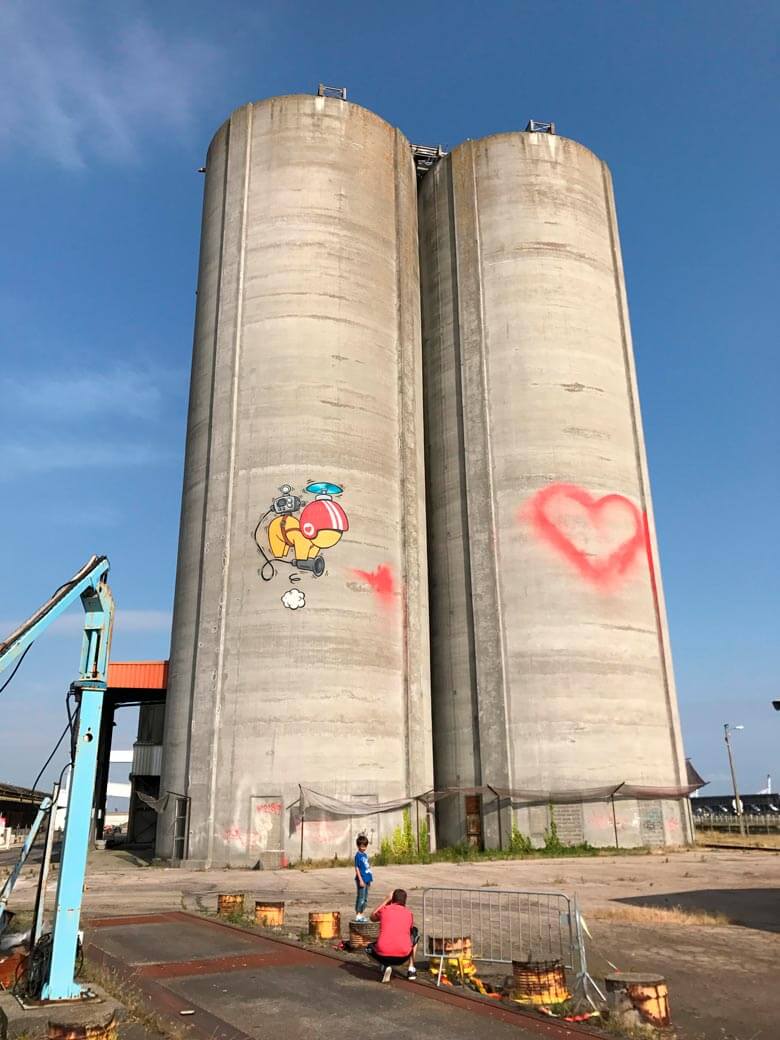 Your characters are special because they give a new meaning to the spaces that they appear in. How do you come up with your ideas?
I try to analyze the places where I want to paint, understanding the wall not as a blank page but as a page that already has information that I will add my humble touch of a decorative element – or not.

What role do the environment, your imagination and circumstances play?
I draw in sketchbooks ahead of time with ideas that are just waiting for context, or sometimes context spontaneously triggers an idea. There are no set rules!

“In fact, my interventions are always on man-made structures, they can get lost in nature, but they are never ON nature.”

Some of your interventions appear in natural landscapes. To what extent are graffiti and nature compatible?
In fact, my interventions are always on man-made structures, they can get lost in nature, but they are never ON nature. For example, I once abseiled a cliff to paint on, but it was a cement element that had been built on to channel rainwater. 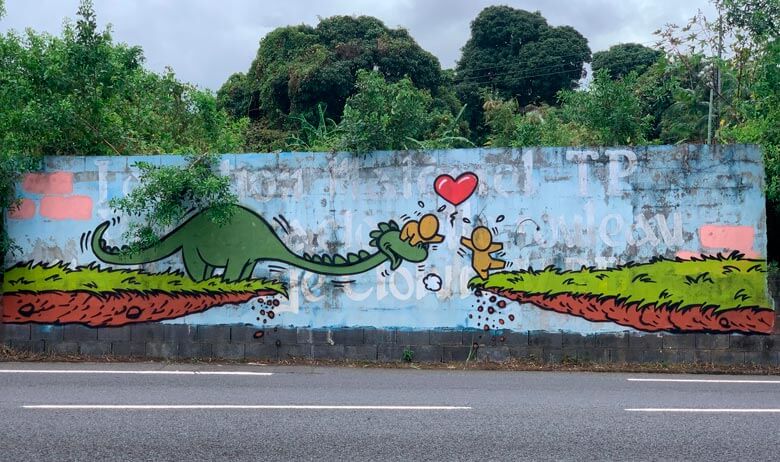 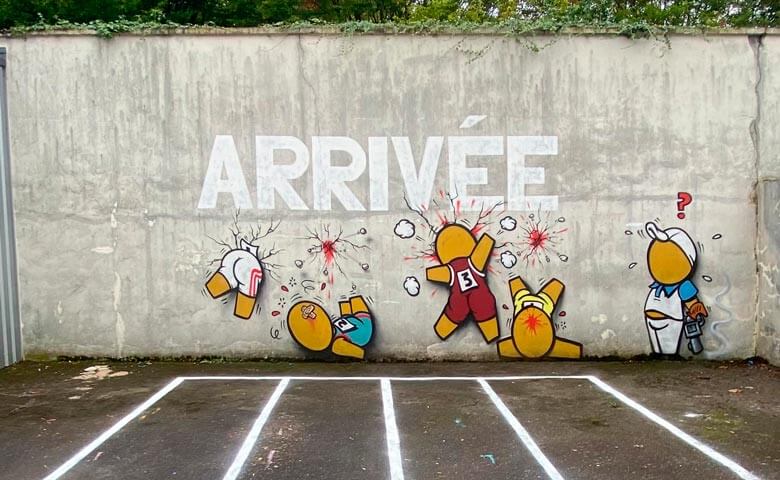 Of all the trips you’ve taken with Gouzou, which was the most memorable?
There are rather two that immediately come to mind: Madagascar, because of the life lessons we learnt there on a daily basis and no-one returned unscathed. Also, of course, Chernobyl, because it was a true trip back in time, a trip I had been fantasizing about for more than fifteen years. The organization was complex and the emotions that you feel in the place are incomparable.

What’s it like to travel with the Gouzou?
He’s a very nice companion, he’s quite discreet and points with his nose when I ask him to. In any case, it is a good excuse to get together and share experiences! The advantage is that we don’t need a lot of time to make it happen.

“The Gouzou keeps pointing out what irritates or exasperates him in this society, but he is not systematic and never has been!”

The Gouzous used to appear on adverts with critical messages, while the ones that appear today are generally having fun. Do the Gouzous still have a role in protest?
The Gouzou keeps pointing out what irritates or exasperates him in this society, but he is not systematic and never has been! In fact, I intervened on ads and I still do when I’m inspired, but unfortunately he is a bit of a victim of his own success and now the posters are systematically stolen or sometimes even entire panels are removed to steal the interventions 😅! 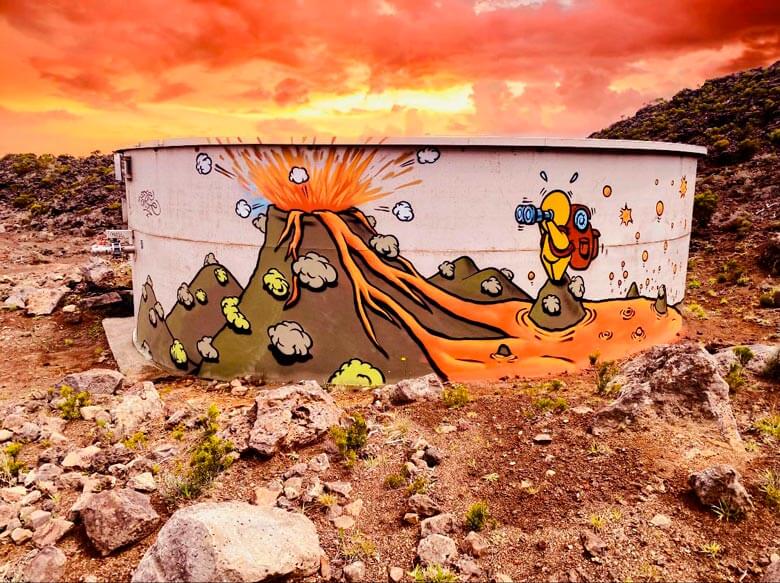 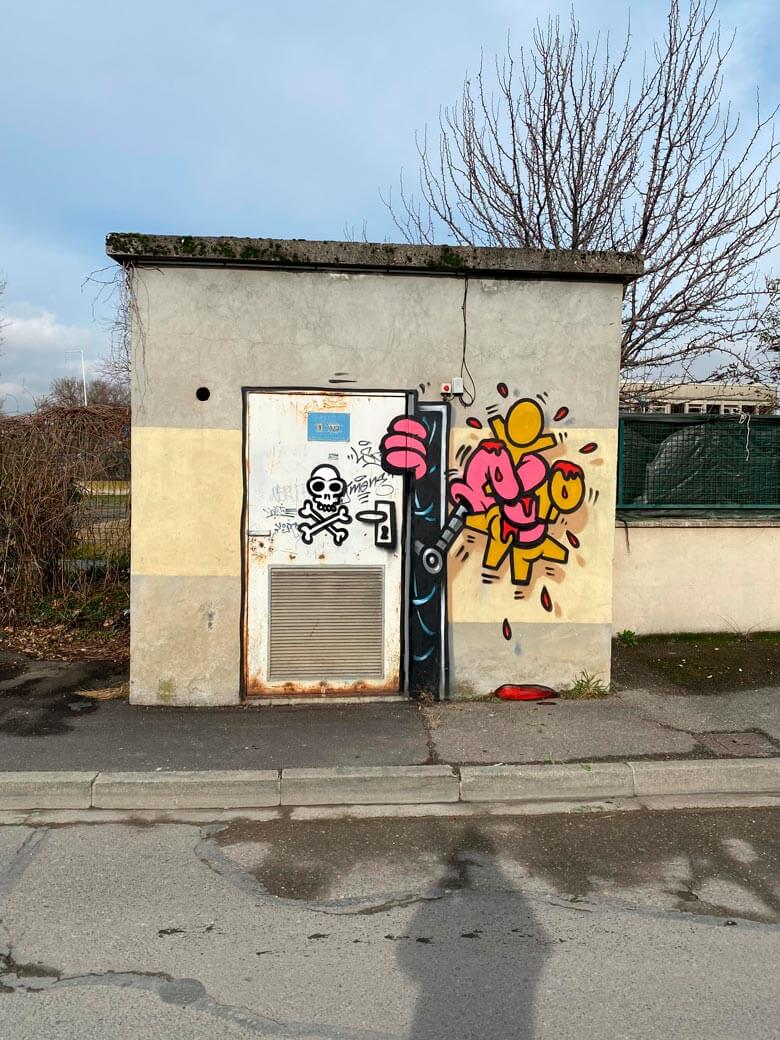 Your work must appeal to all kinds of audiences. What reaction to your work has caught your attention the most?
There are quite a few unusual anecdotes. As for surprising reactions: an entire wall was taken down and included in the new building that was created in place of an old one. And hundreds of people tattooed with the image of Gouzou!

How does it feel to do your second limited edition? Did you want to communicate something specific with the design?
It’s always an honor to collaborate with the aerosol brand that accompanies me almost daily in my paintings. This design was created in a bit of a hurry, there isn’t really a deep message. It features a multitude of Gouzous, squashed in the can, that appear to be compressed by springs inside that extract the juices that give this specific color to the Gouzou!