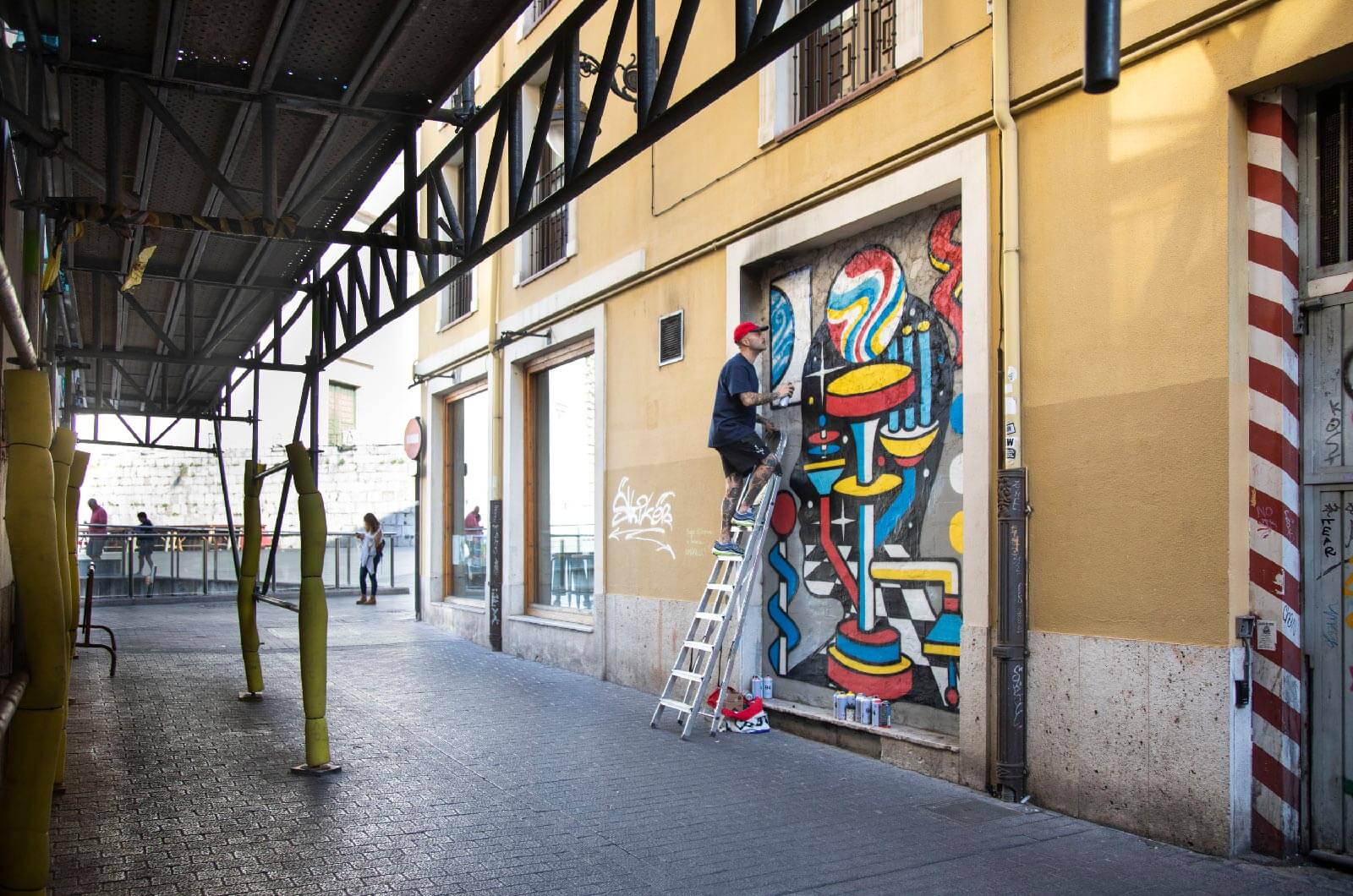 The CreArt platform took to the streets of Valladolid, in late September, in the shape of the Ephemera Phestival which featured work by three of the most outstanding urban artists on the Spanish scene: Jesus Cuesta, Nano4814 and Spok.
The event organized by the Valladolid Fundación Municipal de Cultura and curated by Cless presented an excellent opportunity to apply our brand-new water-based varnish to the murals.

The poetic hyperrealism of Spok, the explosive surrealism of Nano4814 and the peculiar and psychedelic iconographic universe of Jesús Cuesta were the three interventions produced during the Ephmeral Phestival. 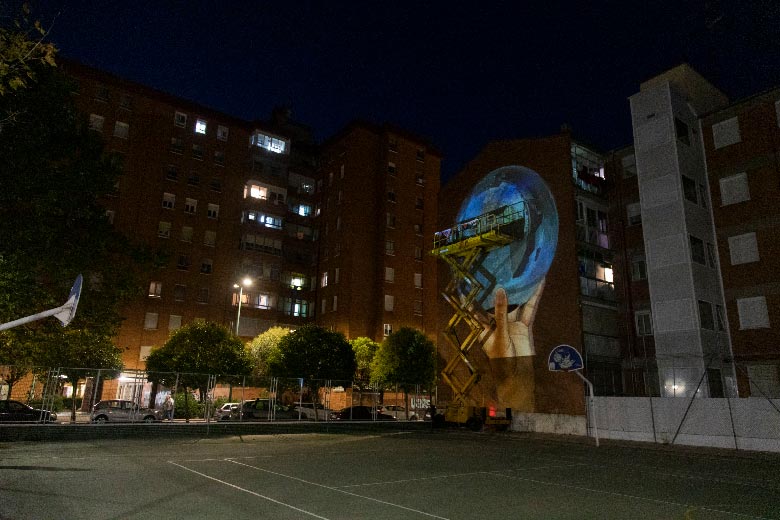 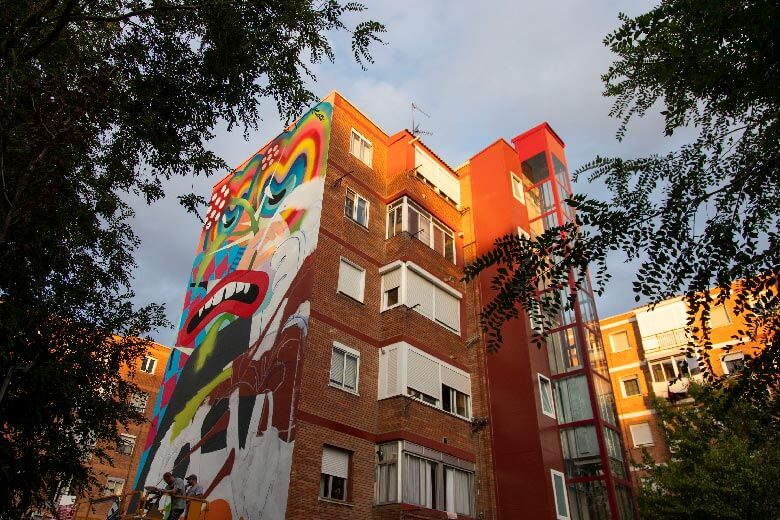 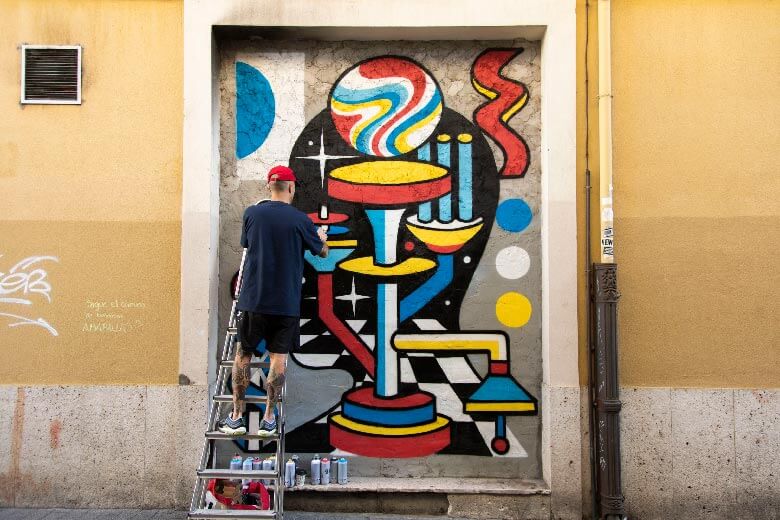 The three artists make up a synthesized representation of the stylistic variety of urban art produced by Madrid artists, as well as the link between the two cities. The new work now becomes part of the urban landscape of Valladolid thanks to the Visual Arts Program CreAart, with the support of Montana Colors. To have a broader and more varied vision, we heard from two of the participating artists.

“What I liked the most was the hospitality from the locals. They were very welcoming, we received a lot of positive feedback from them, and they even brought us non-alcoholic beer to the cherry picker.
It was great to see a bit of Valladolid, a city that I had never been to before, even though it’s very close to Madrid. The pinchos (bar food), especially the croquettes, were amazing.
The selection of artists made it a lot of fun and staying with them for a week was an incredible experience. We also had two amazing unofficial hosts: Skow and Fres.” 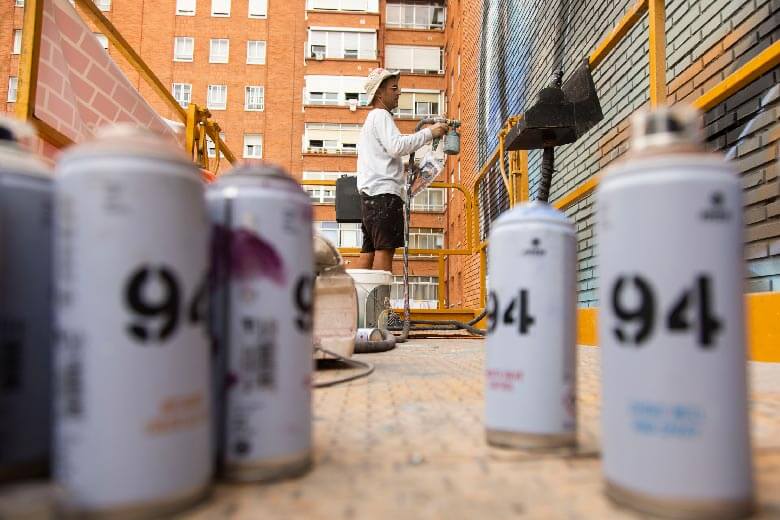 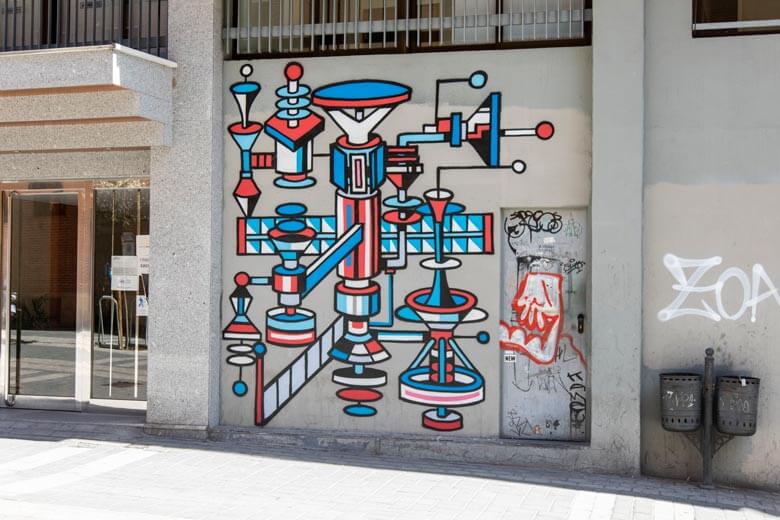 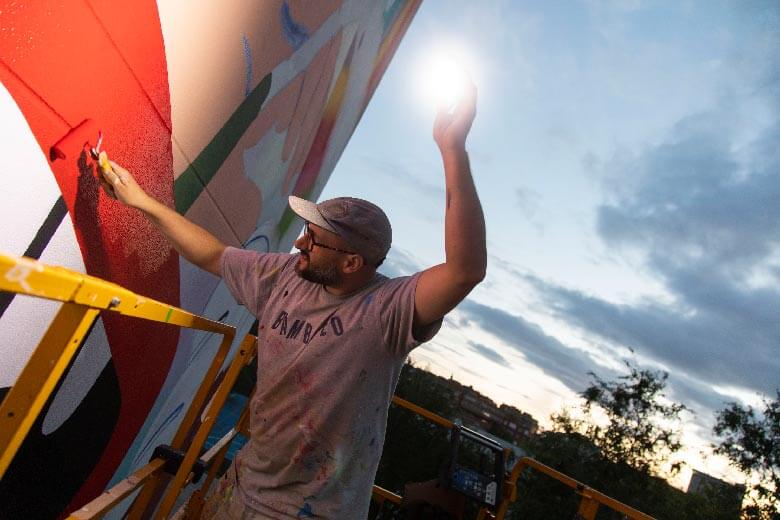 “My participation in Ephemera 2022 flowed perfectly, as it should. Between Madrid and Valladolid there has always been a historical link of style in graffiti, so that goes some way to explain my invitation to participate in this festival. Jesus Cuesta, Nano4814 and I are part of the Madrid scene that has evolved from the graffiti that unites the two cities.

My piece includes the context of that graffiti: a basketball court, where sport and street culture have always combined. I painted a plea for social and ecological conscience. The idea is having the world in our hands and deciding whether to throw it in the trash – represented by a garbage can on the backboard of the hoop in the foreground.” 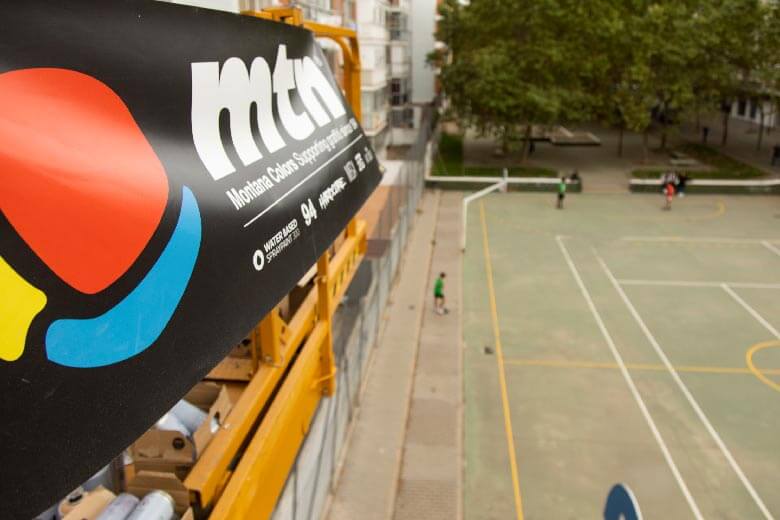 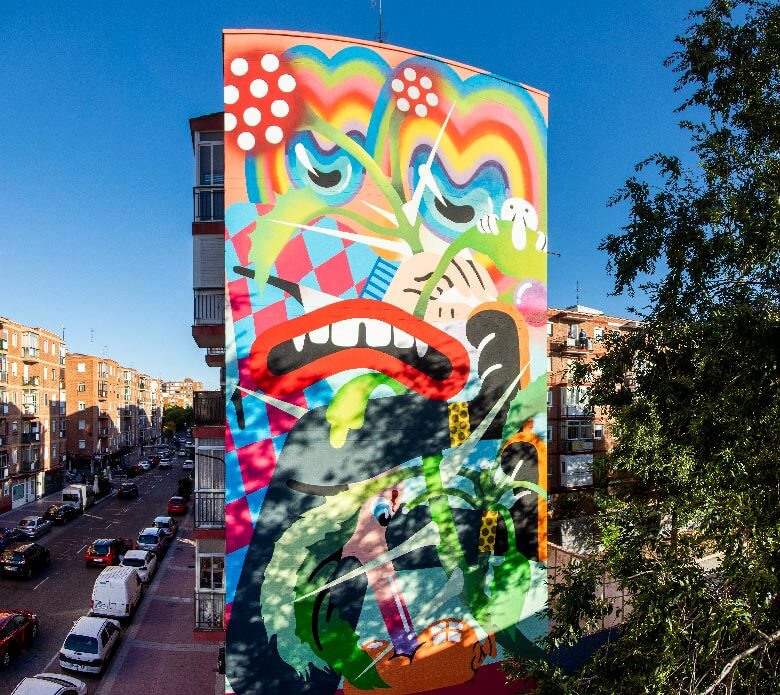 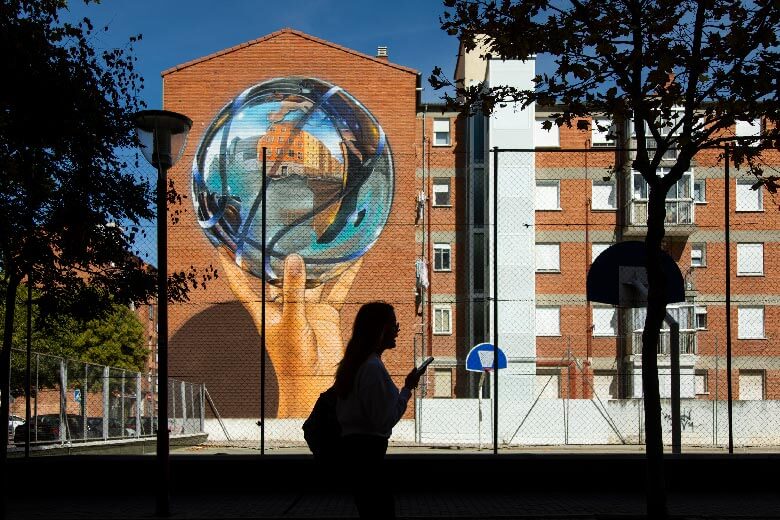 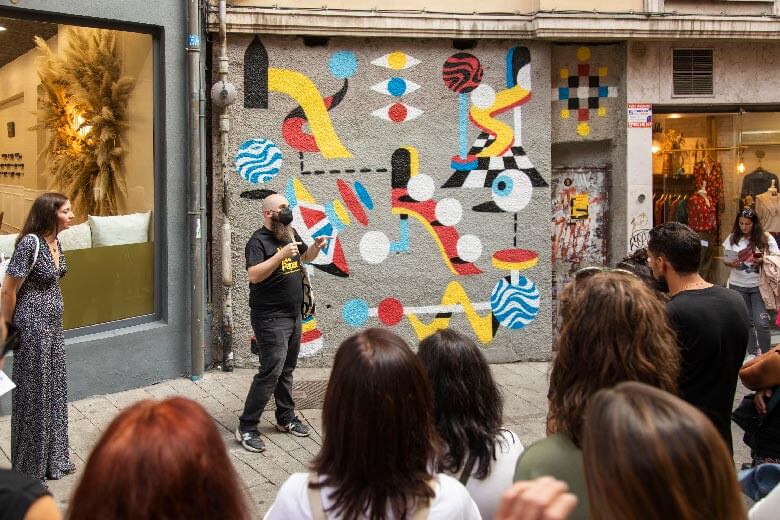 A NEW TOOL IS RELEASED

Without a doubt, this festival was the perfect moment to try out the new MTN Water-based Mural protective varnish, a product that guarantees a long duration of artistic productions exposed to the elements like these. As you can see, the protective wall varnish can be applied in a conventional way, with a brush like Jesus Cuesta, or with a gun as you can see in the case of Spok. 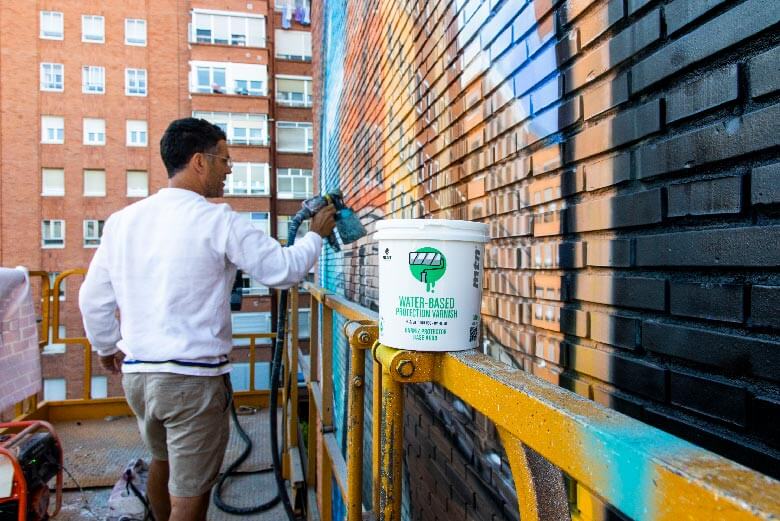 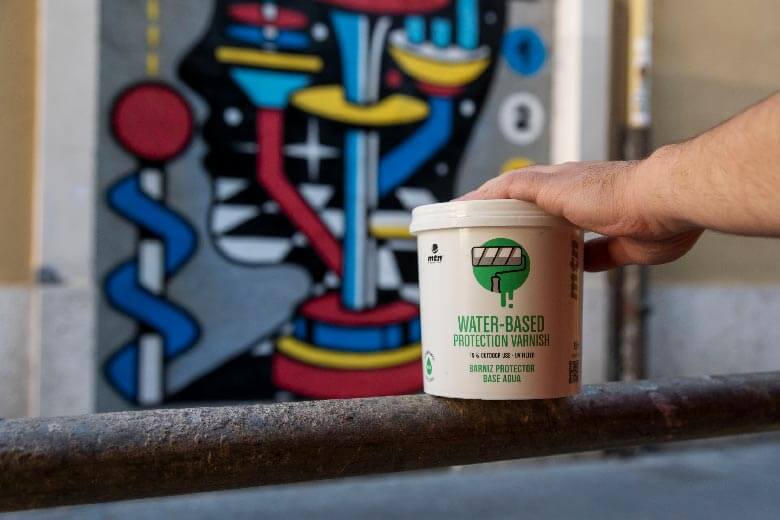