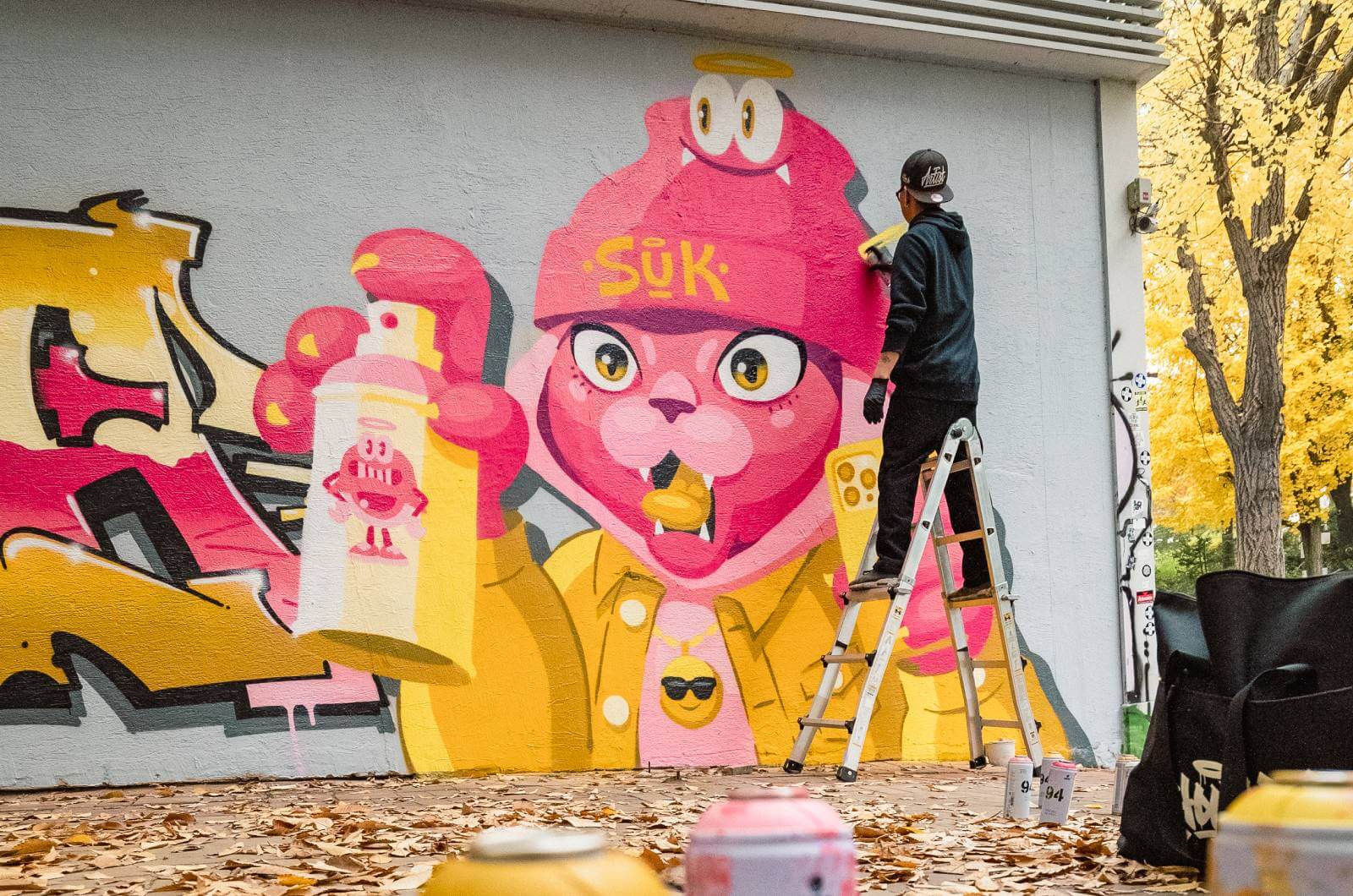 The history of graffiti is written by millions of writers with their tags, walls and painted trains. Artime Joe and Moma have done their bit for the history of Korean graffiti with this wall in one of the country’s most artistic areas.

Around 20 years ago graffiti first appeared in Korea. Unlike graffiti in other countries, it sustained itself in its early days thanks to a few writers and companies that used the culture as a claim in their advertisements to attract a younger audience. Art galleries also jumped on the graffiti and street art bandwagon, but it wasn’t until 10 years ago, when European spray brands arrived in the country, that the number of writers and artists began to rise.

We have the pleasure to present this video by one of those writers who has pushed the movement forward the whole time: Artime Joe. In this not-particularly-conducive environment, the project was painted on a wall belonging to the MLB store next to the main gate of Hongik University.

“The Hat Character ‘The Cappers’ was born when people who were obsessed with graffiti and hip-hop culture realized that they liked to wear hats. Drawing inspiration from various styles, I wanted to express doodling, rapping, dancing, and music.” 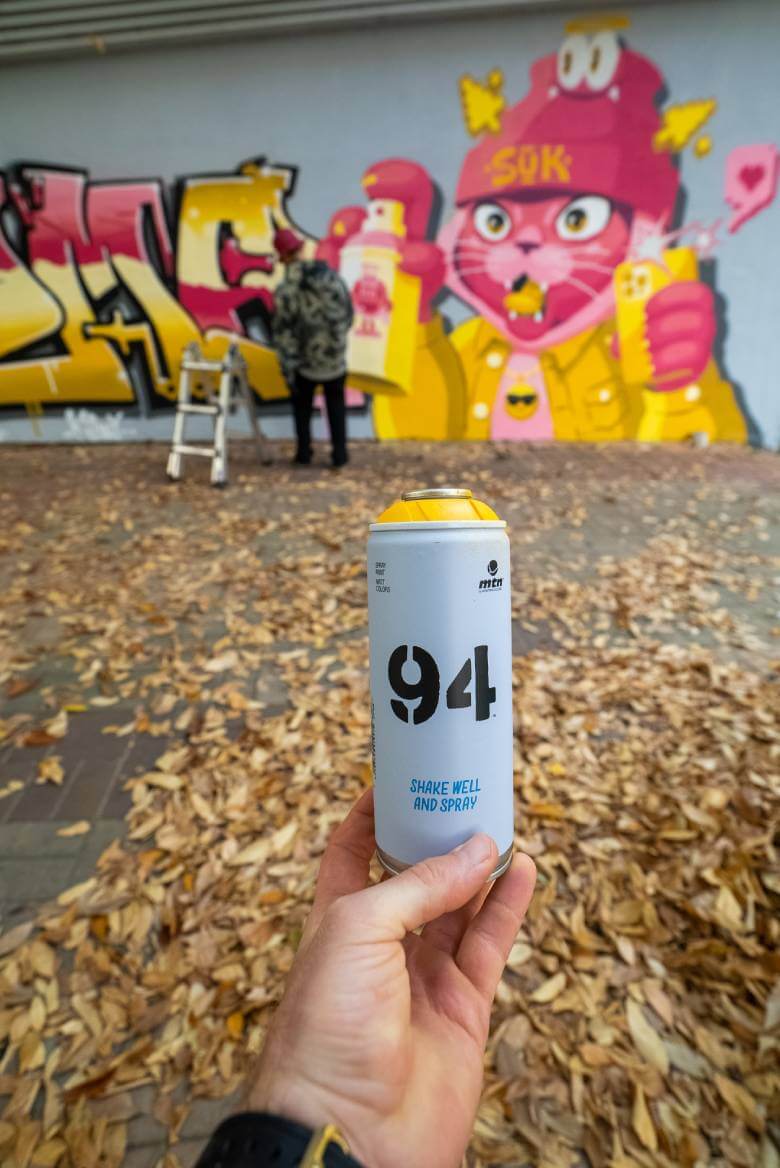 It took almost a month to get the permit, despite help from MLB and the fact that the Hongdae University area in Seoul — the most famous for art in the country — is a hotbed of artistic activities.
The idea for the mural came from Artime Joe’s taste for cartoons. For this occasion he chose the Pink Panther, mixed with classic hip hop references. “Working with these attractive colors makes people walking down the street feel very happy. Also, when we were working, since it was autumn, the yellow leaves of the ginkgo trees were falling all around us.” as he tell us. 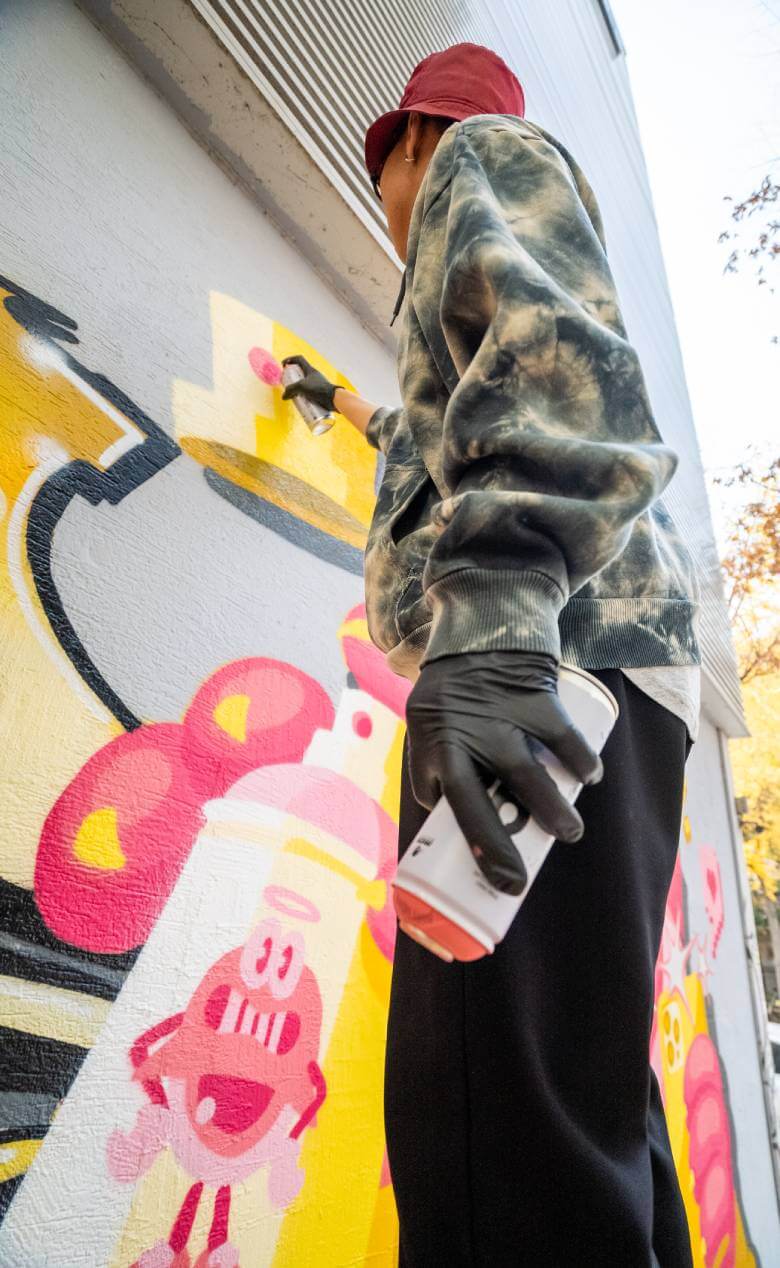 It is not easy to see graffiti in the country, so people were very surprised to see a “live painting.” They were curious, they took photos of themselves, and the most daring asked the artist questions.

If you are interested in graffiti in the Korean capital, here you will find more information.