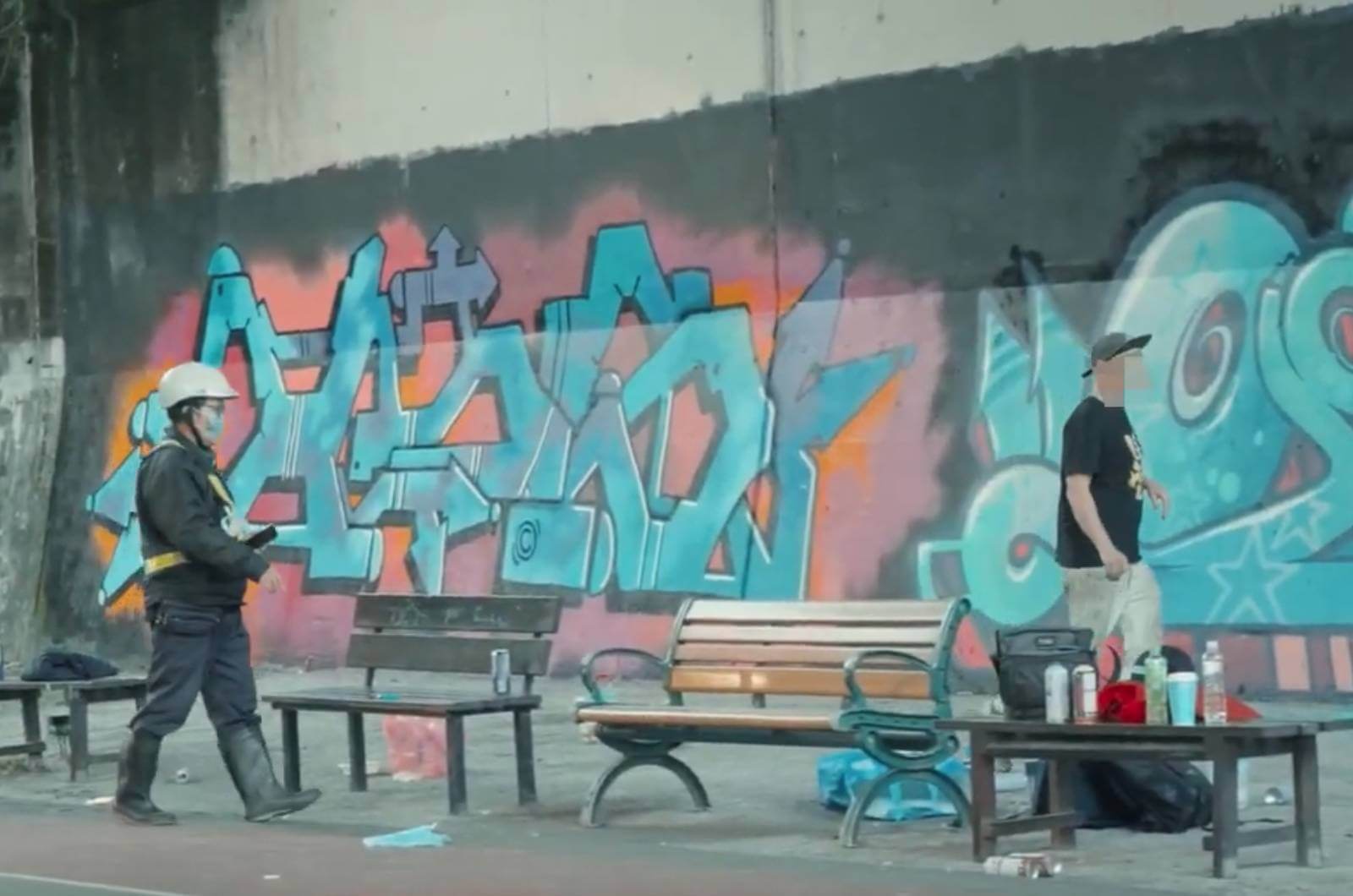 There is. And thanks to this video that the graffiti store Ximen Art Store has posted on its YouTube channel, we thought we’d take a closer look at the graffiti scene in this part of the world.

Taipei, the headquarters of the Taiwanese government, and its surroundings, have long been the main industrial area of the island, although the importance of the region has decreased a bit over time. Most of the major factories —textile producers— are located there. Services, including those related to commerce, transport and banking, are becoming increasingly important. Tourism is a small but significant component of the local economy.

But What About Graffiti? 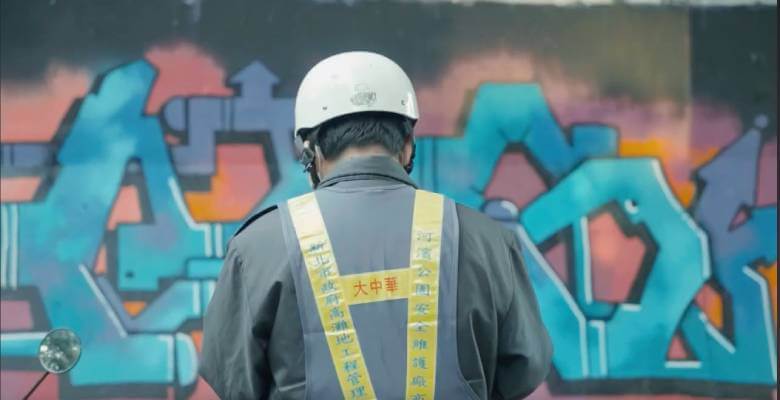 Legal graffiti is concentrated in the Taipei Cinema Park area, on Lane 96 (called “American Street.”) Ximending is an area for fashion and youth culture, where you can find walls, shutters and electricity boxes painted by Taiwanese writers and street artists.

“I’ve now lived in Taipei since 2001 and at the time there was very little to no graffiti happening especially for the street bombing and illegal styles so it was an exciting time to be here and exploring the possibilities.It was an open canvas with no rules so this was very inviting and fun to be able to contribute to a new scene.” Dabs1

The park is a hub for the artistic and cultural development of the city and has assumed the responsibility of combining artistic and cultural development with youth culture. It provides a legal and safe platform for young writers who paint the commercial spaces of Ximending, and has joined the Taipei for Diverse Art and Youth Development Association to organize graffiti works around “American Street” and integrate the nearby film industry. 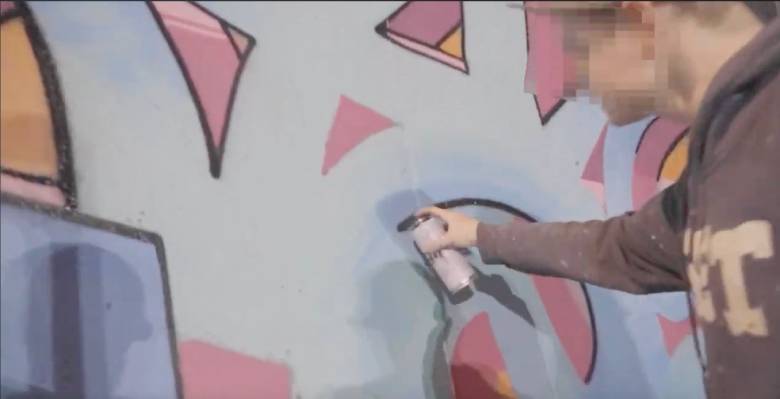 In June 2009, a wall in the park was designated for writers to create a “Modern Love Graffiti Wall”, which won a silver award for the most prominent open public space in the Taipei Urban Design Contest 2009.

“The divide between the legal and illegal graffiti scene in Taipei is pretty big at this point, I feel that most legal painters focus on making a living and getting money with their art where the guys on the street usually hustle their money elsewhere and just fuck shit up as much as possible.
I consider myself a little bit of everything since I like to make other people happy with my art but I also need to enjoy myself, there’s no expression like free expression and true graffiti with or without permission is just that.”  Fleks

The local scene is cultivated in part by City Marx, the first importers of MTN and who promote hip hop culture through graffiti events, jams, etc. Another driver is the Ximen Art Store graffiti shop whose social media you can follow to keep up to date with what’s cooking in the city.
Among the local writers we can highlight Noe 246, a veteran,  and Vastar who, despite his young age, stands out for his style and technique, as you can see in his feed. 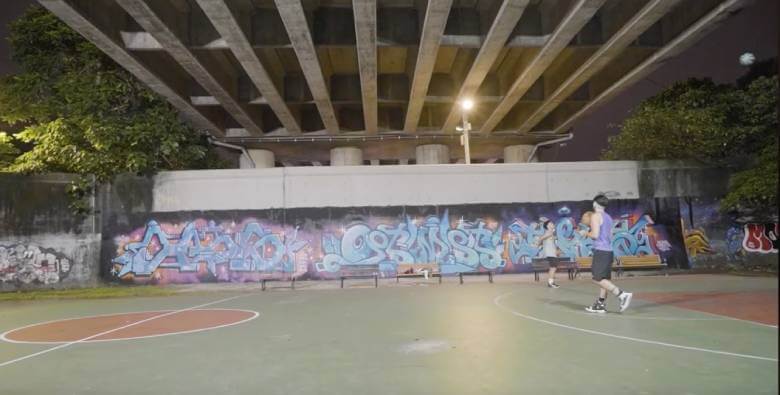 Foreign Writers on the Scene

Obviously, the influence of foreign writers based in the city promotes and expands the style of the city. Among them we can highlight Fleks and Orbita. Both are dedicated to the decoration of premises and murals, and that prop up the scene on their free time by bombing the city. 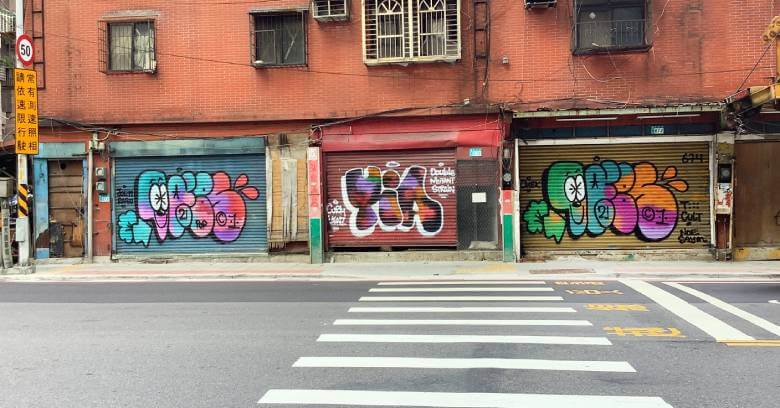 “As time moved on there has been several phases it’s gone through to help mature it more to where it is now.Today the scene has developed and progressed very far within the ‘piecing’ and ‘bombing’ scene.I feel it has a stronger sense of what it’s about and creating a more local vibe and style.
I feel Taipei,and Taiwan as a whole, has established itself well within the Asian and international graffiti scenes,it’s come a long way since 2001!” Dabs1 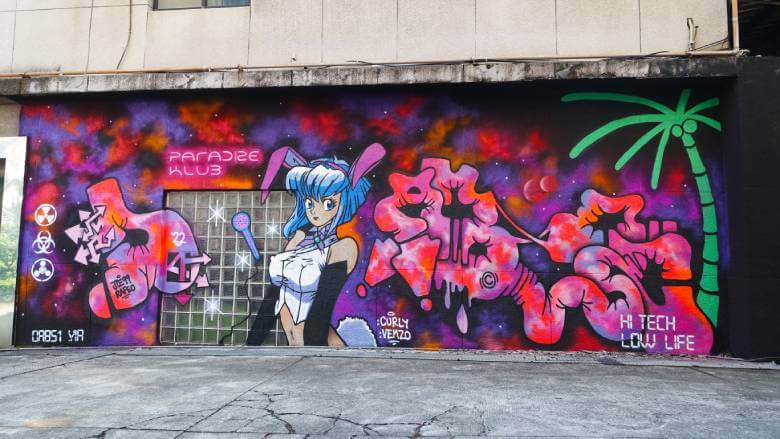 The first of the two, a Dutchman, has been living in Taipei for 8 years. The other, originally from Madrid, lives between both cities. Other outstanding writers are Dabs1 from Canada, and Optimist from U.S.A, connoisseurs and promoters of the scene for 15 years.