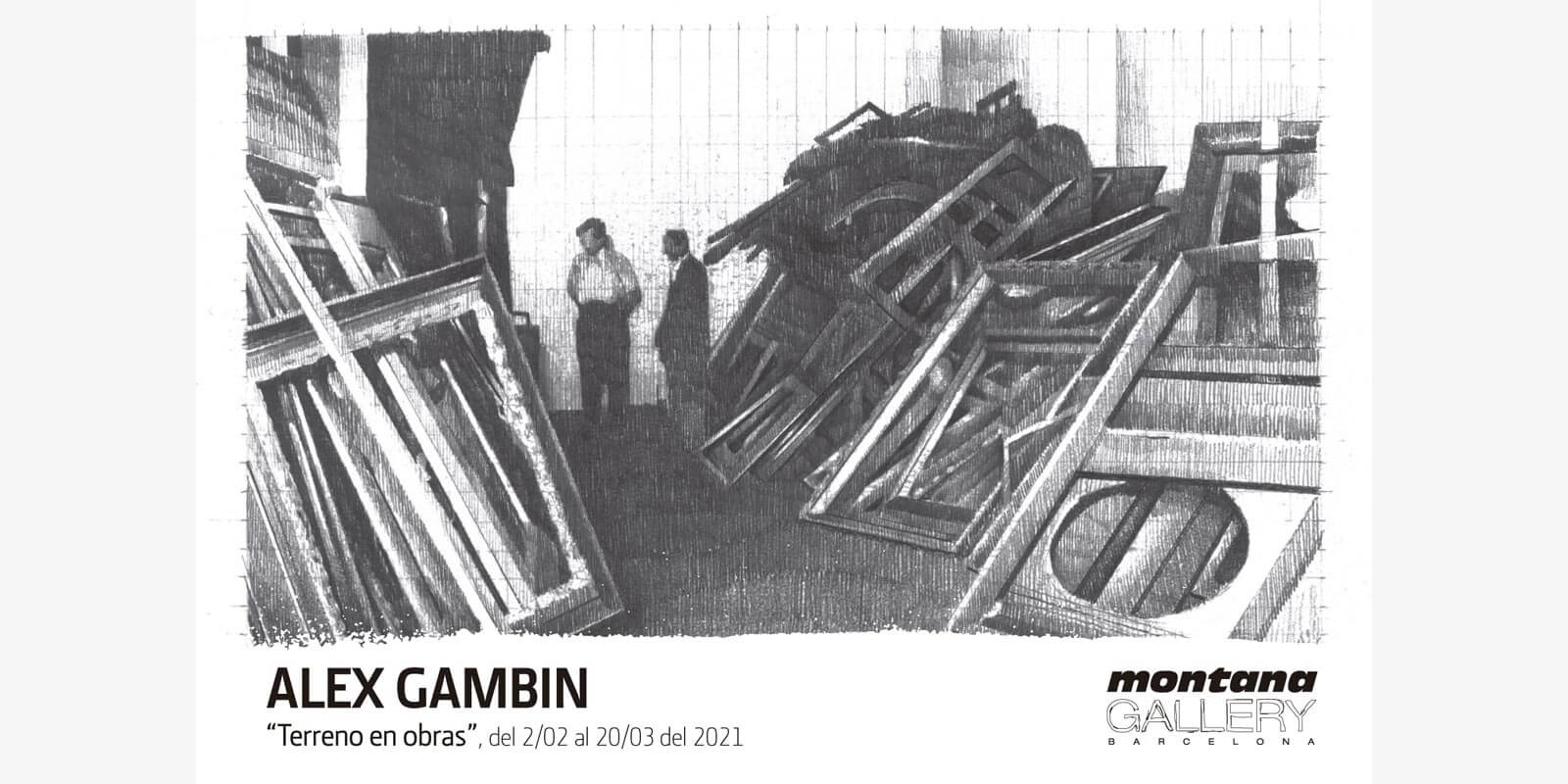 “Children do not so much imitate the works of adults as bring together, in the artefact produced in play, materials of widely difering kinds in a new, intuitive relationship.”

Alex Gambín (Alicante 1996) weaves a graphic-plastic universe that combines studio work with the production of murals. Since 2018 the artist uses “memory” as a common thread in all his works. The choice of this theme is related to the analysis, through plastic languages, of the connection that exists between our past and the present that we inhabit. His most direct intention is to be able to construct a series of mechanisms in the work-spectator dialectic that give rise to reflections and questioning on the part of the public.

In the exhibition “Terreno en obras” at Montana Gallery Barcelona there are works originating from the project El objeto como huella de su identidad, 2020, where objects become reflective elements, questioning their meaning and the categorical mutation they can undergo. There is also a series of works that arise from the imaginary consequent of the iconoclastic attitude. These pieces pose a clear reflection to the viewer: When a ritual object is destroyed, does it lose its spiritual meaning?

Alex Gambín‘s exhibition takes us into his personal universe of production of these strange last months, where, as Benjamin’s phrase says, the works are related in a new way, originating a new space where communication is centered on the material.