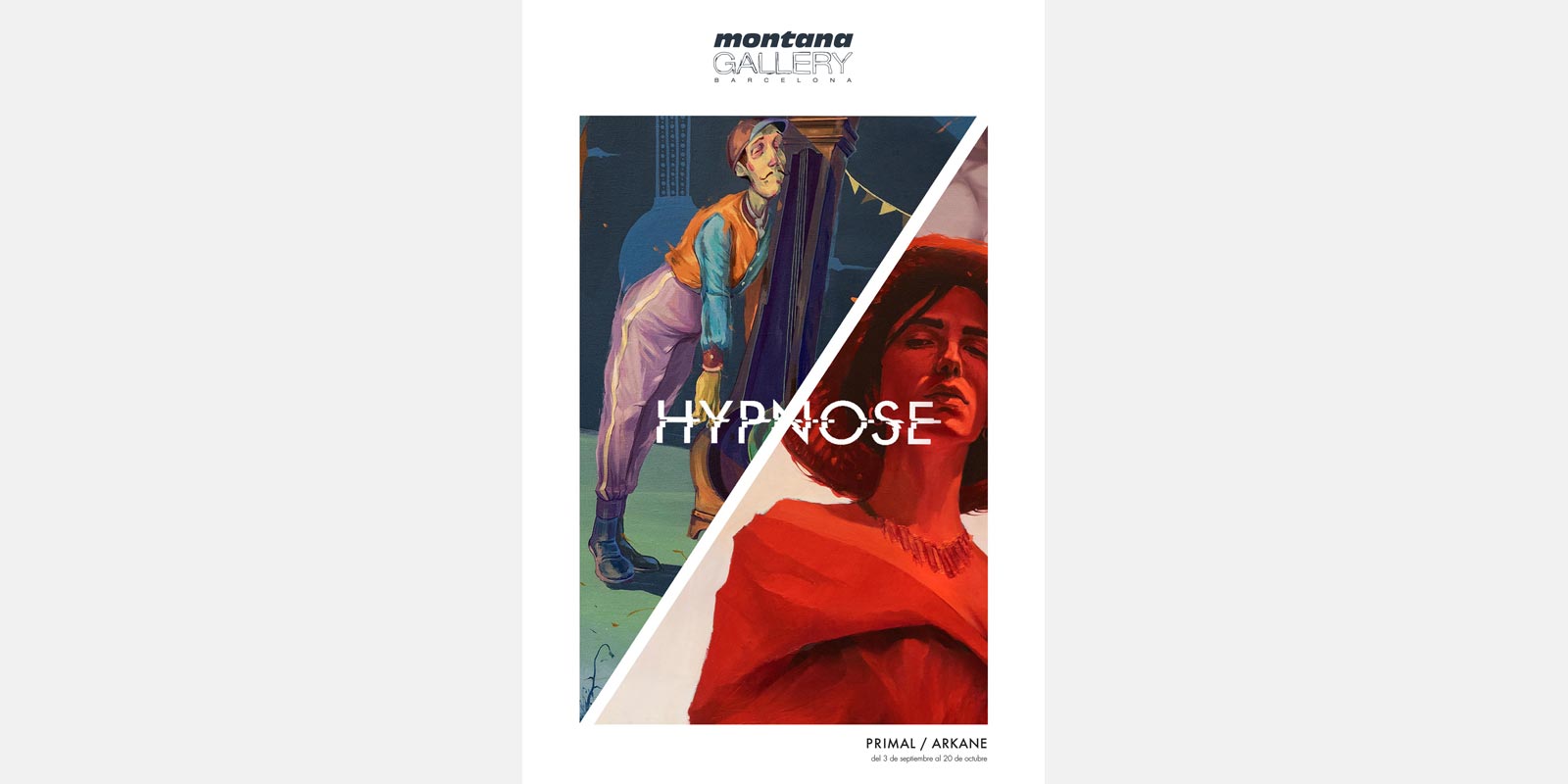 On the border between the conscious and the unconscious, Arkane and Primal present their first exhibition at Montana Gallery Barcelona inviting us to an unreal universe where the characters dialogue through the genre scene. Moments of normality or fantastic reality, encounters with strangers in a timeless fiction.

Arkane develops a delicate world through chiaroscuro, in which women seem to be as beautiful as they are guilty. The story he tells seems to be taken from a silent crime novel where the facts are rarely explicit. Influenced by photography and film, his narrow portrait frame, frozen out of time, accentuates this search for the purest genre scene where everything is suggestive: a subversive, vulnerable and soft painting. Active in the urban scene of France since 2011, Arkane has been developing his pictorial universe abroad since 2017 together with Primal and Nubian, making several interventions in Europe, the United States and Mexico.

Primal creates scenes that seem to escape all reality. Thoughtful characters, chimeras from the past, representing our diverse states of mind. The artist uses a language of melancholy and nostalgia to evoke our emotions and our contemporary reality. Through his works, he likes to confront us with our own demons, such as the fear of the unknown or the complexity of our human relationships; a deep curiosity about what apparently inspires human beings and the most buried torments that surround them.
Active since 2014 on the scene in Montpellier and now based in Paris, Primal explores his universe initially in the studio and then instinctively on the wall, alongside Arkane. Between painting on canvas, wood sculpture and muralism, his work has been developing all these years both in France and abroad (Serbia, Mexico, United States).