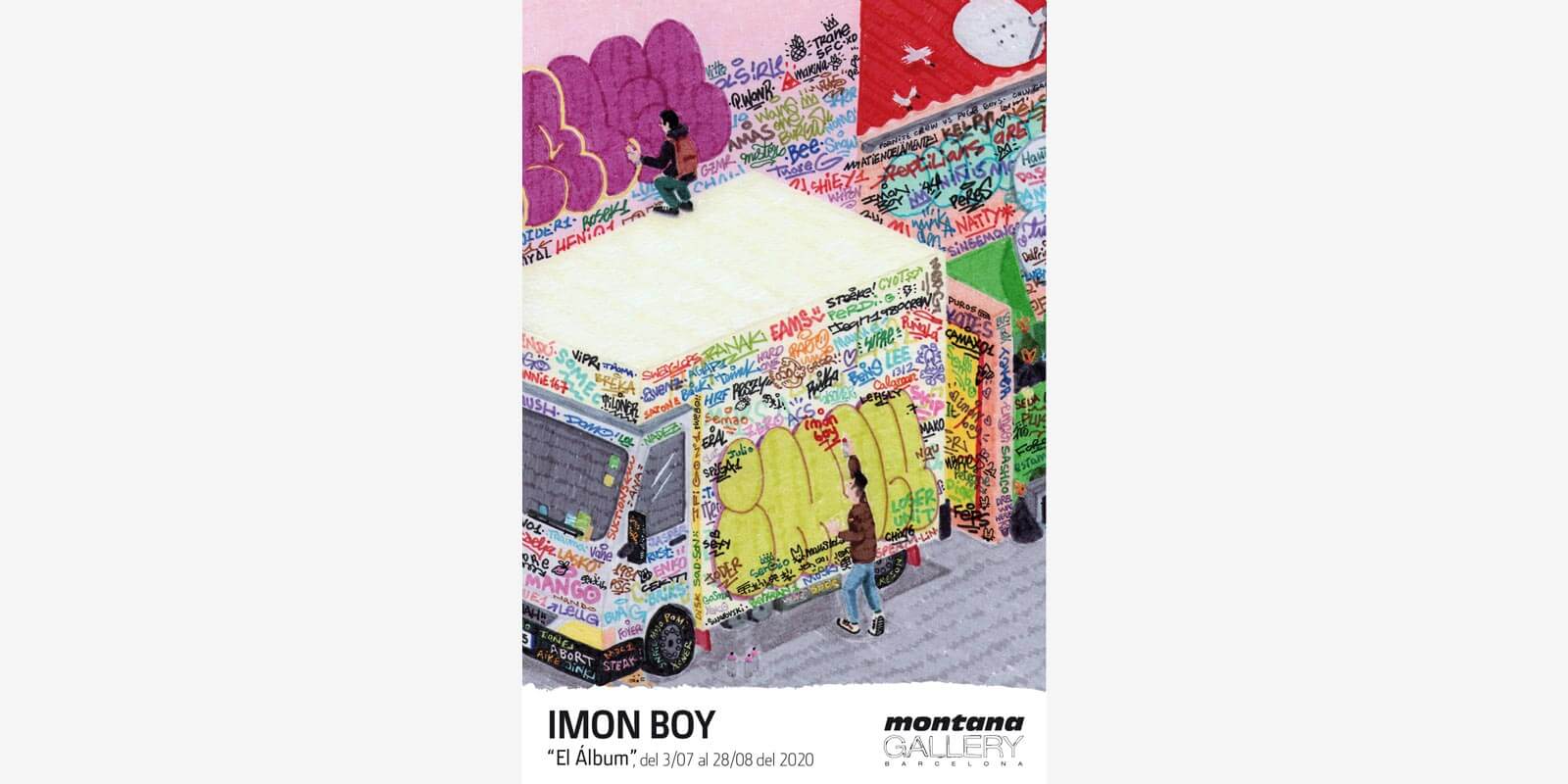 Sometimes art is a matter of observation and focus. Of knowing how to sharpen one’s sense of humour as soon as the right opportunity arises to reach some idea or conclusion that makes the absurd laugh. Among all those everyday things, the best stories are hidden but, of course, you have to know how to look at them or they slip through your fingers…

In the works of the Andalusian artist Imon Boy we find some of these characteristics as part of a particular philosophy; the author maintains his anonymity to the maximum and, from that position of incognito, he launches a bombardment of ideas and narratives that arise from that ritual of the usual thing that is to go out into the street. The philosophy of graffiti, in fact.
Basically what we find on those streets, as happens in all cities, is people. A lot of people. All the same and all different. And that’s where the stories come in. And that’s where Imon Boy’s observation and imagination shine through in a totally personal way.
His images are never free, they’re always telling something, usually through humour but without going into easy metaphors. His drawings of characters, brought to a simplicity that deliberately borders on the naïve, serve this mission perfectly. In his works, things happen, we will not find characters posing on camera, but something more complete where the use of color and texture brings a totally fresh touch that only makes us want to see more, to know what happens in the next story.

For the first time, Imon Boy exhibits in Barcelona with Montana Gallery Barcelona. In “El Álbum” we will find works made on canvas or metro maps … Whose main theme orbits around graffiti but expands in all directions with his particular sense of humor and color.