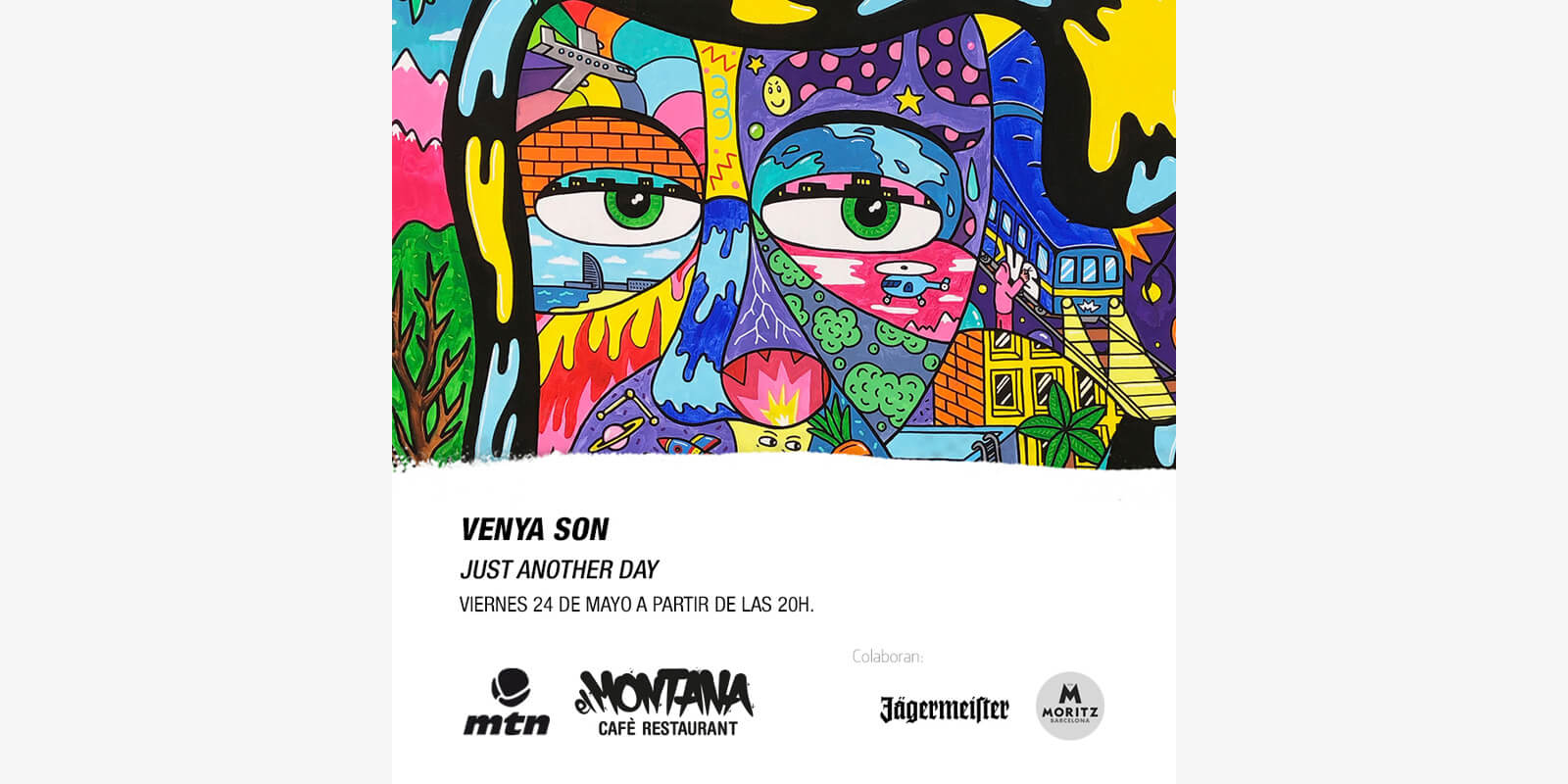 Venya Son (Veniamin Sonin) is an artist from Ukraine. Born in Moscow in 1994, he finished his bachelor degree in Fine Arts in NTUU KPI (Kiev) and Master’s in illustration at Bau (Barcelona).
The art style of Venya’s work can be described as Low Brow, a lot of colors, doodling, influenced by old-school Russian and American cartoons.
He works as illustrator and graphic designer, mostly with clothing brands, but meanwhile experiments with installations, sculpture and animation.
The important part of Venya’s work is a street art, made always with spray cans and markers.
Nowadays his studio is based in Barcelona, where he is working on canvases, typography and graphic design.

«Just Another Day»
Exhibition to be held in Montana Cafe. Curated by Nuria Serrano.
Venya Son – the artist from Ukraine will expose canvases and limited edition prints from the series “Low Brow” dated from 2016 till nowadays.
“Low Brow” is the series of art dedicated to the street culture and social issues such as: graffiti, vandalism, police harassment, abuse of authority and decriminalization of soft drugs.