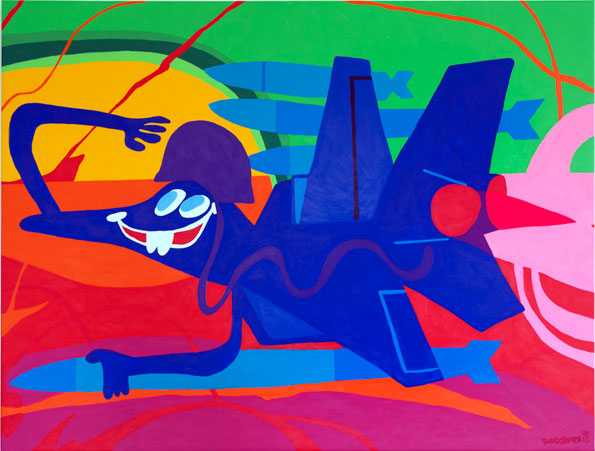 For those who are familiar with his work knows it is impossible to think of Todd James without having his alias Reas come to mind. And a fact is, if we ignore all temporary references, it is impossible to determine with of his names are the most relevant of the two. Todd James is is one of the best examples of writers with an artistic career looking at the fact that he knows how to preserve the distance between both worlds: and this is the reason why we know him for two different names.

The Galería Javier Lopez in Madrid presents a selection of his work which will stay open until the 29th of November. A perfect moment to get a close up of this New York artists interesting work. 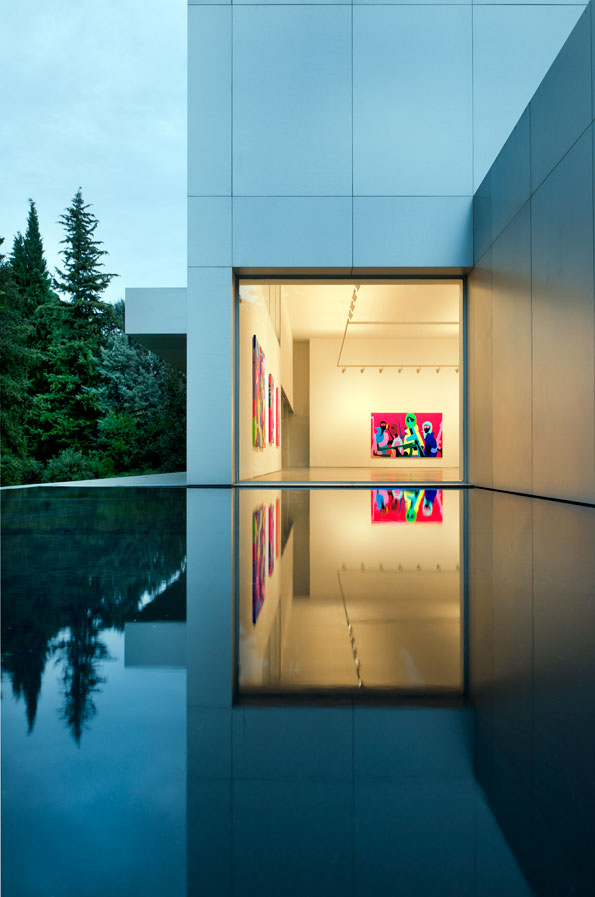 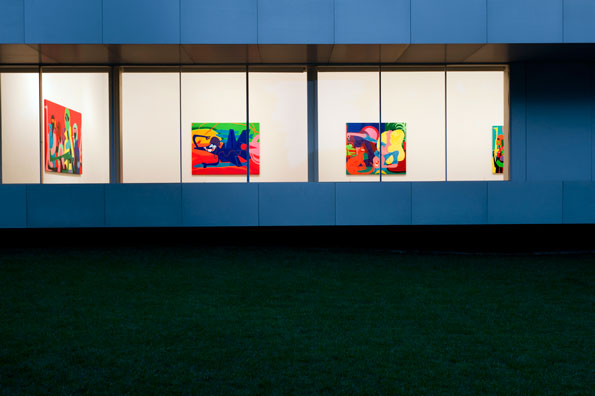 Todd James grew up in new York and had the opportunity to live through the most important stages of graffiti history. As a AOK and RIS member, he forms part of a generation of metro writers which decided to actively continue painting no matter the tough measures taken by the MTA after 1989. His outstanding role in the graffiti world is far from only based on his presence in time: Reas has always been associated with versatility in style and with innovation. This is the quality which when applied on illustrations and paintings creates a interesting and attractive world out of the pictorial work of Todd James. 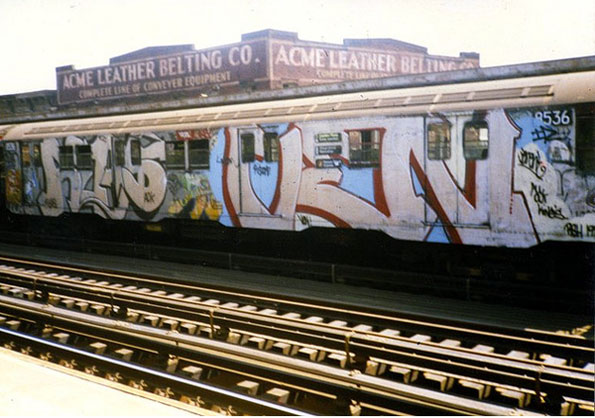 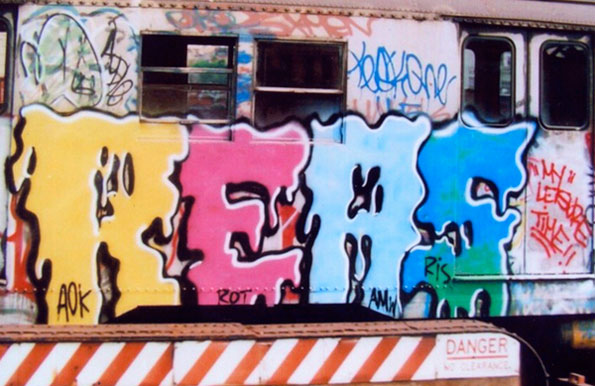 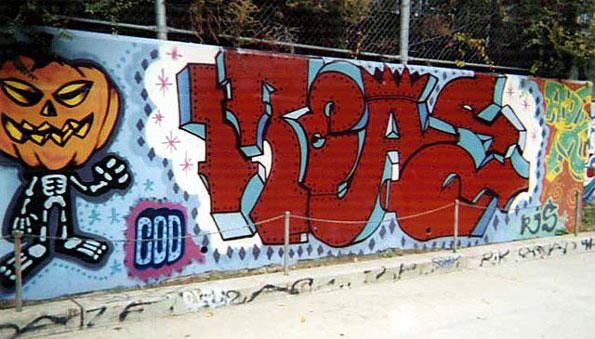 In a true and elegant colorful style, the work of Todd James simplifies its figuration in a perfect balance between form and content. The defined spots of color draws his style away from the references to Kline and De Kooning, which is suggested on Wikipedia, he has a sharp and personal stroke in his work. 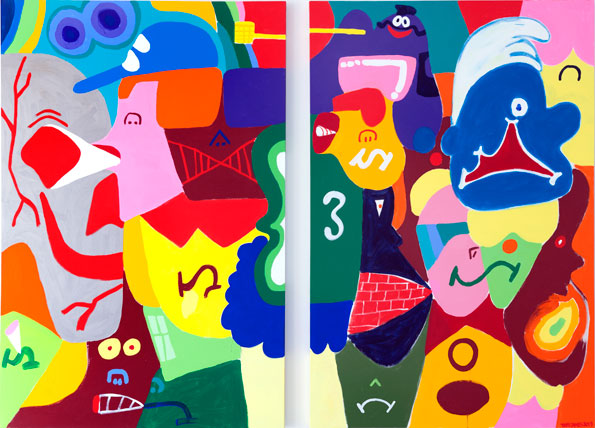 In his themes we can see, accept for the specific imagery which reminds us of the streets, an important reference to war and conflicts. The topic of the Somalian pirates appears repeatedly: the different weapons, pirates and vandals all represents the same concept of territorial claim. We can also not forget about the presence of female sexuality, a frequent resource that Todd James rarely leaves out of his world of art. 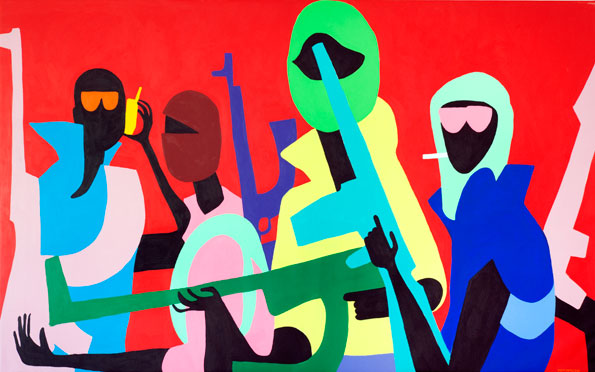 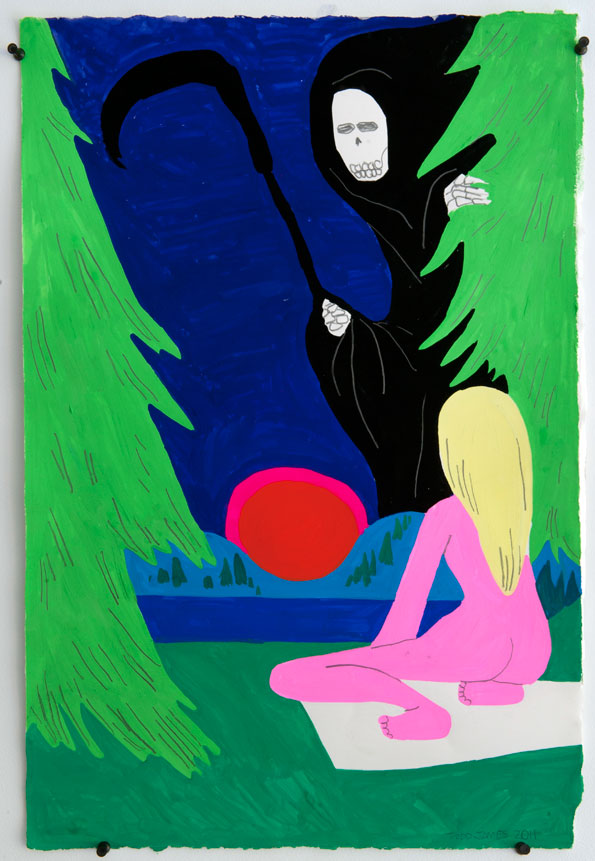 In the margins of his conceptual dimensions, if we dig into his style, we can still find a lot of subtile components drawn from classic graffiti. It is in the art of Todd james we can see how related his graffiti is to to his paintings, maybe more than it might seems at first. he explains this through his installation of a room completely drowned in sketches of pieces. 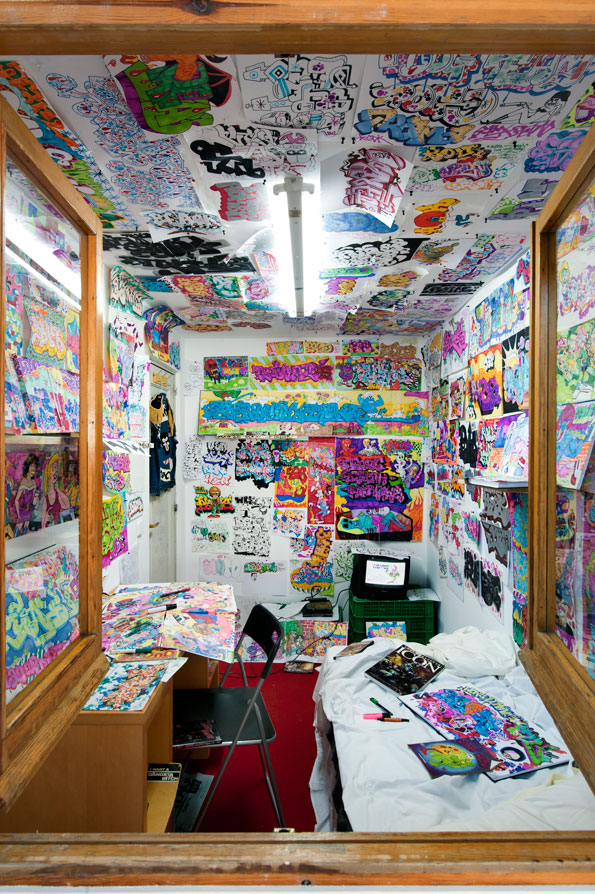 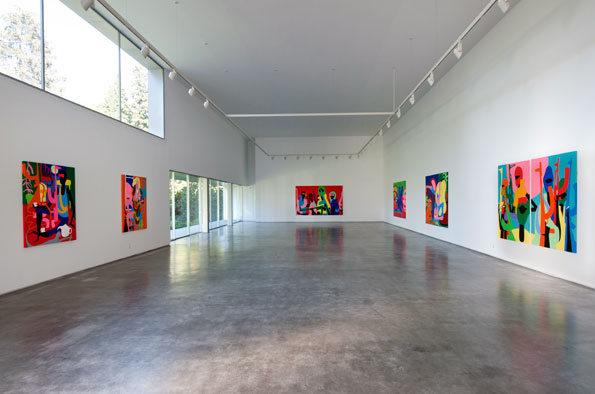 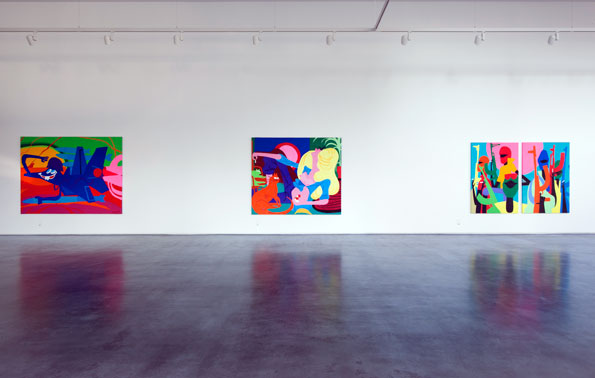 To complete this approach into the personality of Reas, we also wanted to get more up close and personal and prepared five basic questions. This is the result:

-According to you, which are the five most important writers in graffiti history?

-And the five most important painters in art? 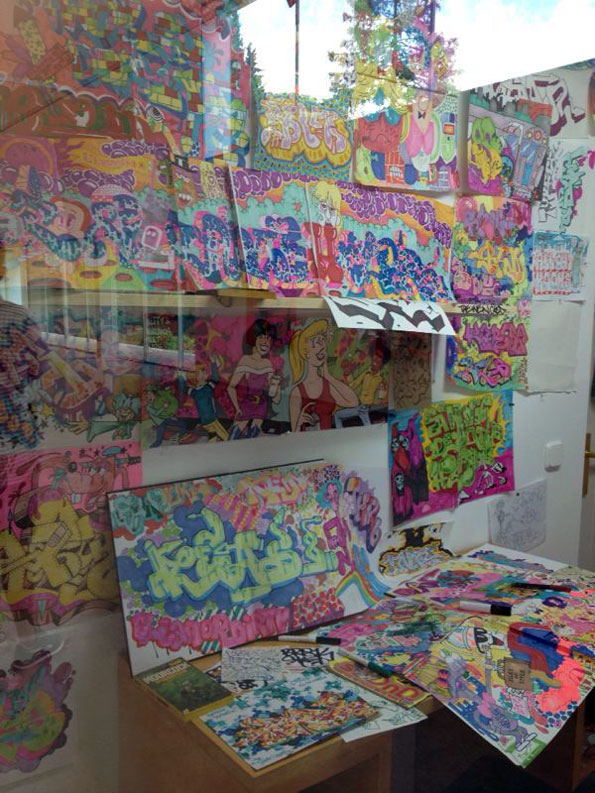