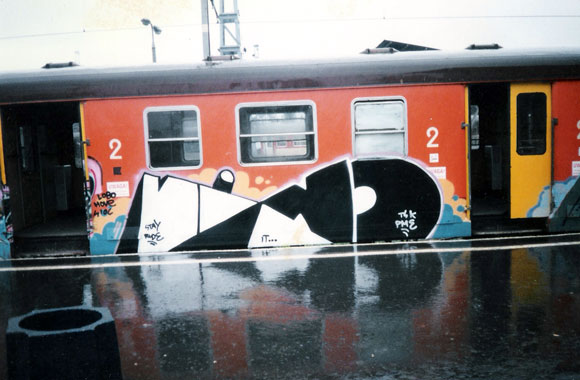 Today we have the privilege to enjoy the best three pieces by Vino:

‘This piece was made in 1997 in Warsaw, Poland. It was on my second interrail, and the longest one I ever did, in one month I went to 20 different cities. It was my first time to go to eastern Europe, and in those days the contrasts and the culture shock was quite big.  There still haven’t been too many foreigners going there, except for some Germans, and the trains where very clean with its original old orange panels. The photo was taken at Warsawa Zachodnia on a rainy day… and just to make you understand, during these times there was around 2 to 3 people who disappeared a day. On the stations there was signs and boards about not bringing in guns, and when we arrived to the central station we ended up in the middle of a police pursuit.’ 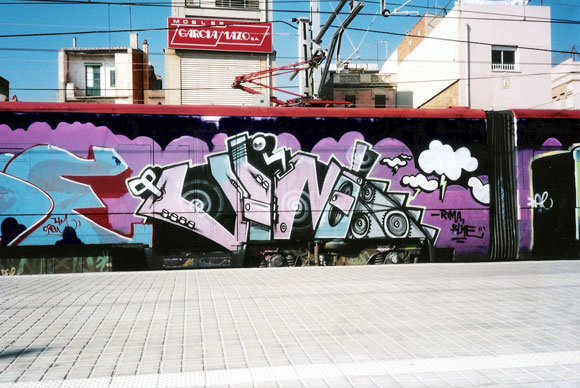 ‘Barcelona 1998. Another example of those pieces which ran in traffic during Barcelona’s golden years. This particular one was part of a whole-train made with Sade, Flus and more people. It was running for about a week. In those days there was a trend of more or less complicated styles, some type of semi-wildstyle, and almost everything was quite similar to the other… I think this one stood out in the crowd.‘ 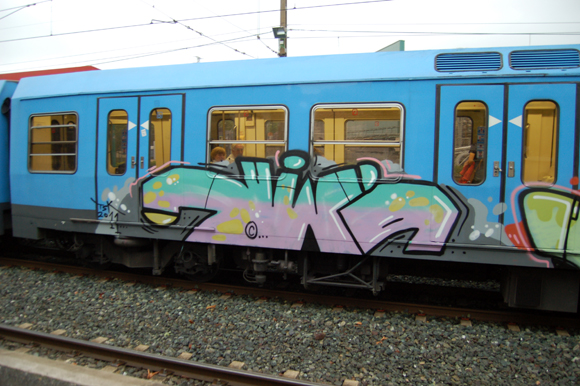 ‘To me personally this is one of the best models I ever got to paint, the ‘Eusko/Topo’ (mole). Any type of piece really stands out and looks incredible on this panel. This piece is from 2011, and it is a good memory of mine, the perfect night. We had steaks in a typical Basque ‘sidreria’ (Cider bar) in Donosti (San Sebastian), to later go and paint this perfect panel while our contact TOPO ONE kept himself busy playing “snake” on his mobile while checking the yard for us, pretty drunk…‘