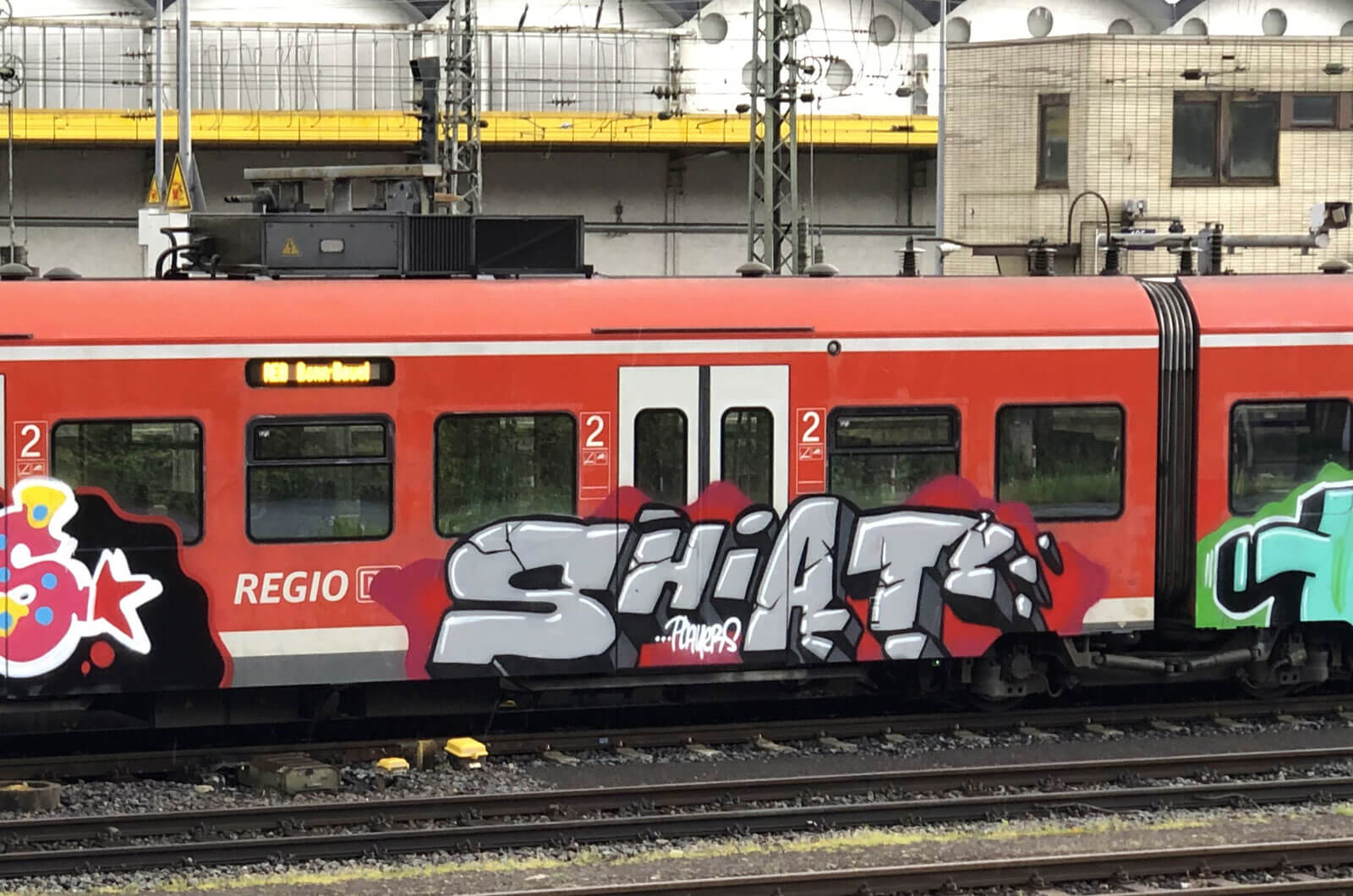 A selection of more than 30 pieces by the writer Shiat, taken from various Instagram accounts, has been published on the Drips website, including information about this writer that appears in issue 3 of Tramontana magazine.

The Drips platform keeps its eyes on everything that is happening in European graffiti. This includes the numerous Instagram accounts that publish the graffiti pieces that appear on Barcelona city trains, which continue circulating indefinitely. Taking advantage of this constant documentation, they’ve recently dedicated a report to the pieces by the writer Shiat, who appears in the third installment of the Tramontana magazine. So we’re here to present to you the article, translated entirely from French. 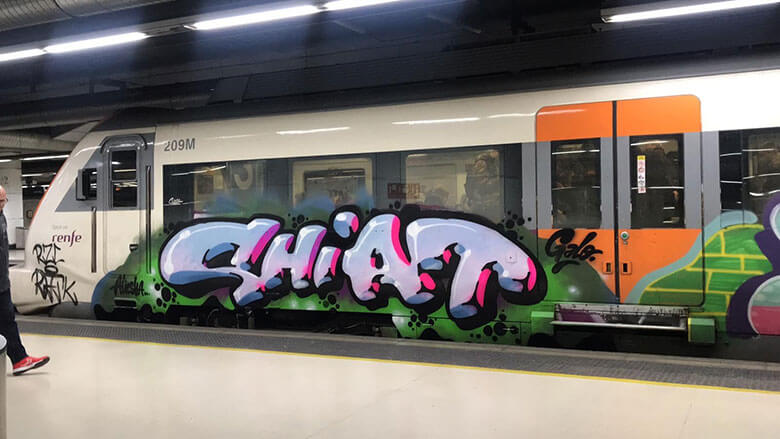 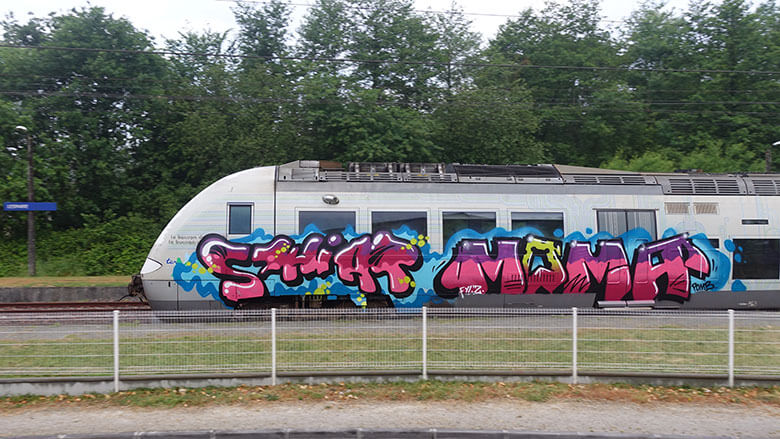 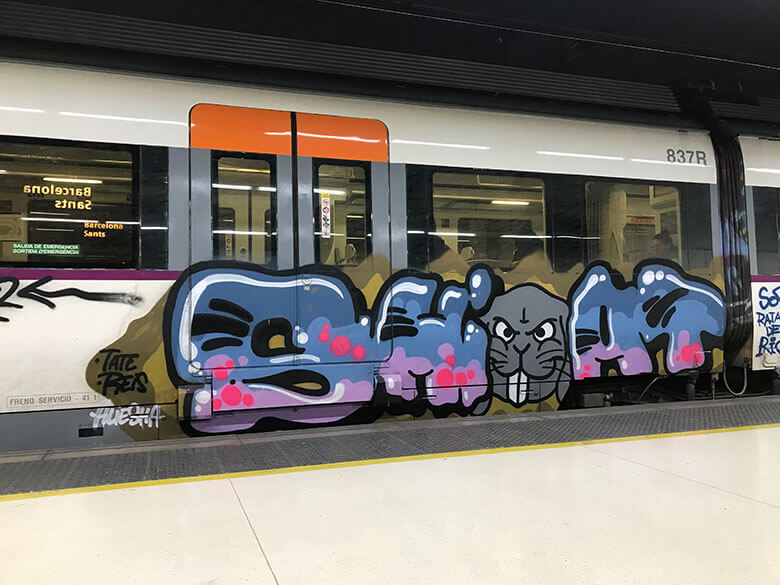 “…Ya better be ready! And it seems like the Barcelona Cercanías network wasn’t. Suddenly, in 2018 Renfe decided to stop erasing graffiti from its commuter trains. Obviously, what has come since then has been pure fire.
Rumor has it that the Barcelona Rodalies took legal action to expose the ground pollution that results from cleaning graffiti. Others simply believe that once the budget for graffiti removal was exhausted, the railroad company decided to stop spending and not invest another penny on it.

In any case, the decision didn’t go unnoticed among the local writers, all of them more motivated than ever. Among them, Shiat, who didn’t wait for the death of the buff to get to work: for several years, his graffiti has not gone unnoticed, thanks in particular to his characters — carefully selected and placed to add flavor to the sauce of his pieces. 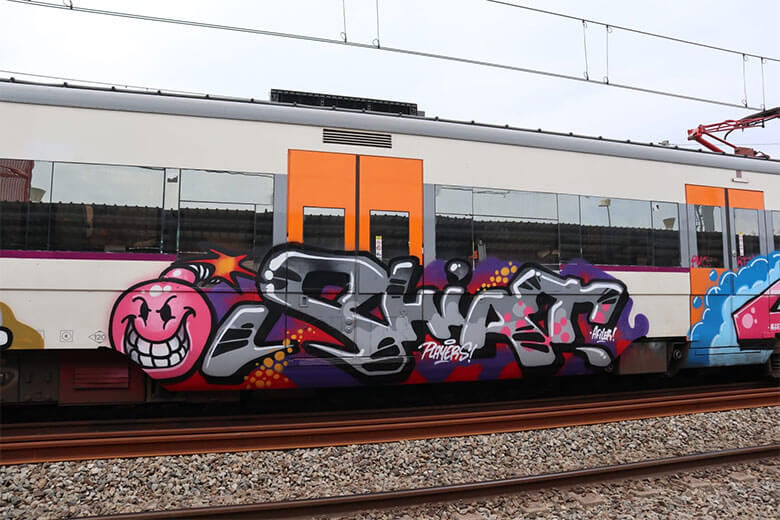 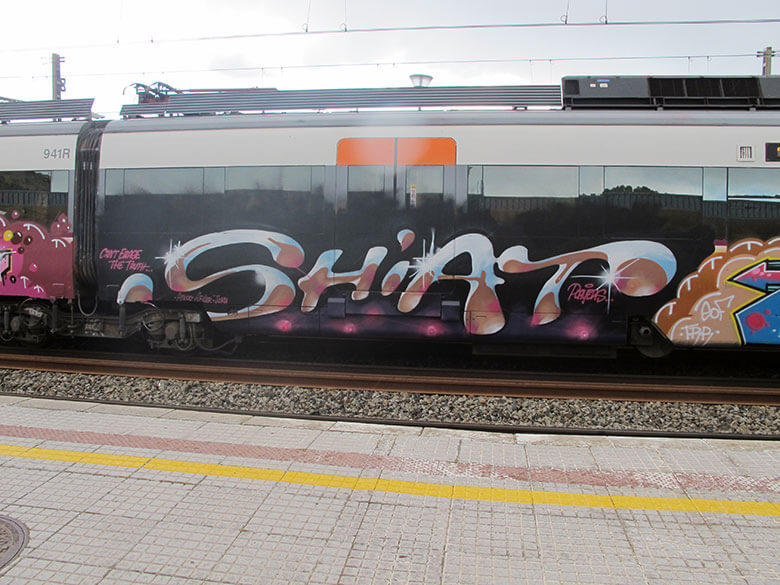 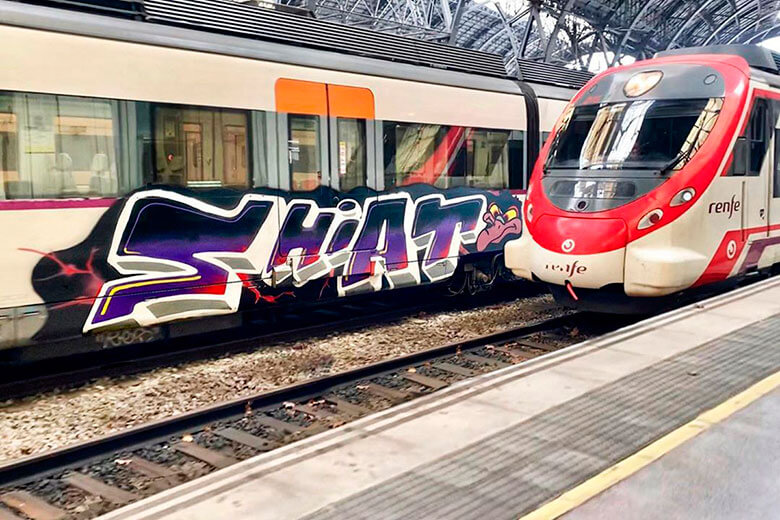 Usually he turns to classic Disney drawings: guarantees efficiency and simple lines that allows him to include characters even if the conditions of the terrain and the time allotted are very limited.

As Shiat himself explained in Tramontana Issue n°2 :

‘Throughout the last few years, with the PLAYERS crew, we’ve managed to maintain several depots where we could paint calmly, overcoming the 15-minute limit. In these conditions, I became particularly demanding with characters, and including them next to my name became a bit of an obsession…’ 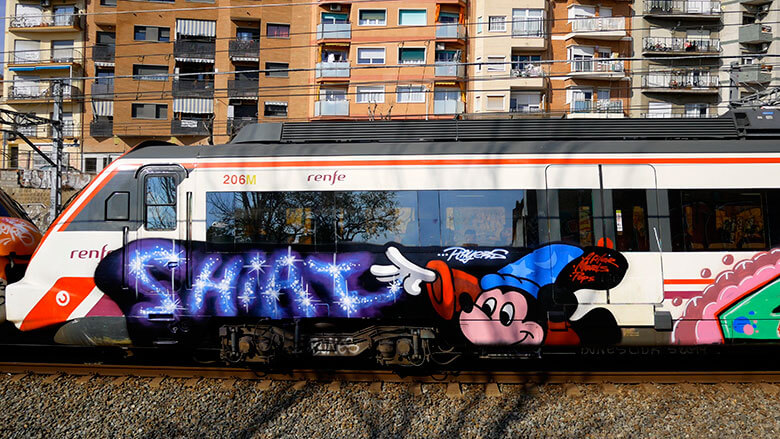 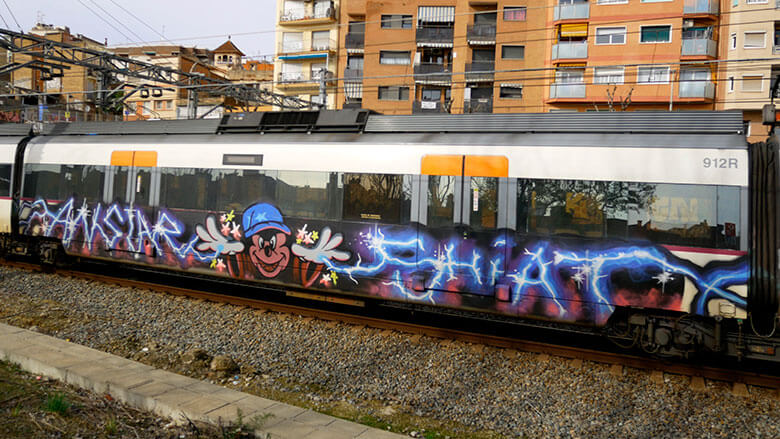 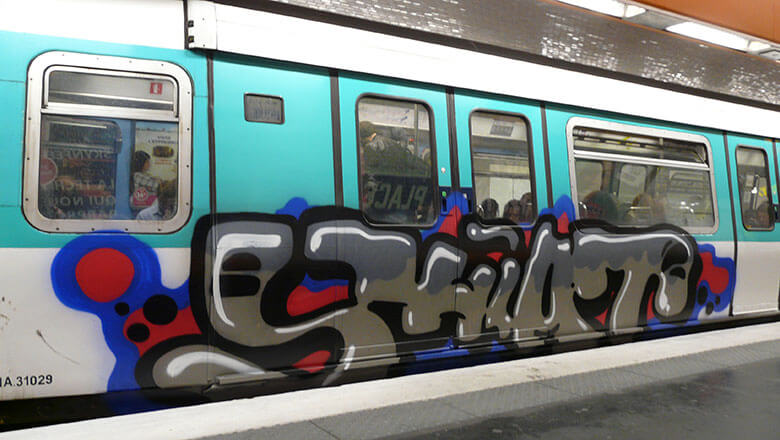 Thanks to the magic — or rather, witchcraft — of Instagram, we’ve extracted Shiat’s various pieces from the omnipotent social network, which, in the absence of a personal page of his own, invades the accounts of Catalan trainspotters, and of other cities as well.

Since his Tramontana interview, Shiat’s addiction to cartoons has evolved. Sometimes we can see pieces by him without characters, without compromising his style, one that’s particularly colorful, pure and dynamic:

Finally, in the name of chauvinism, of course we had to end this whole Barcelona affair…with a hook through France!’ 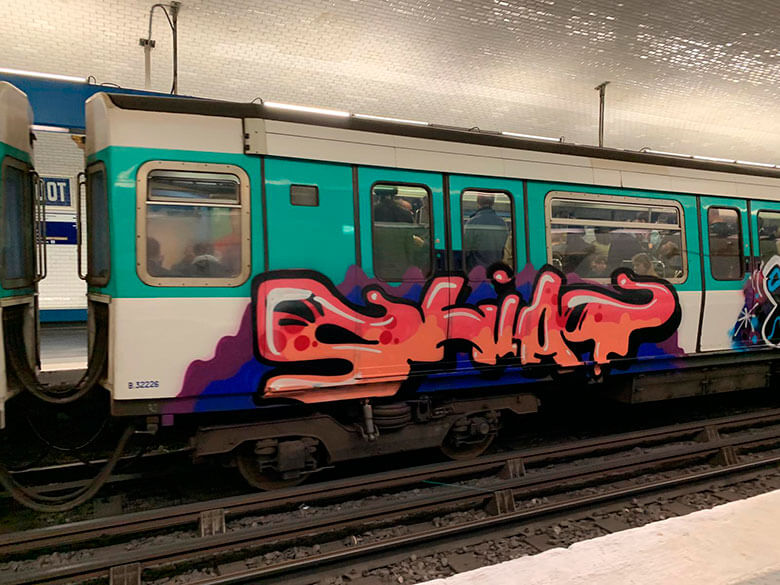 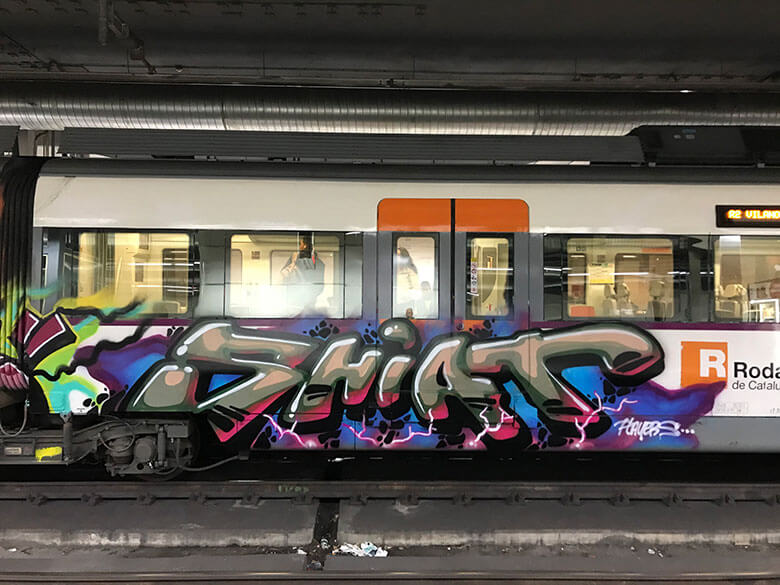 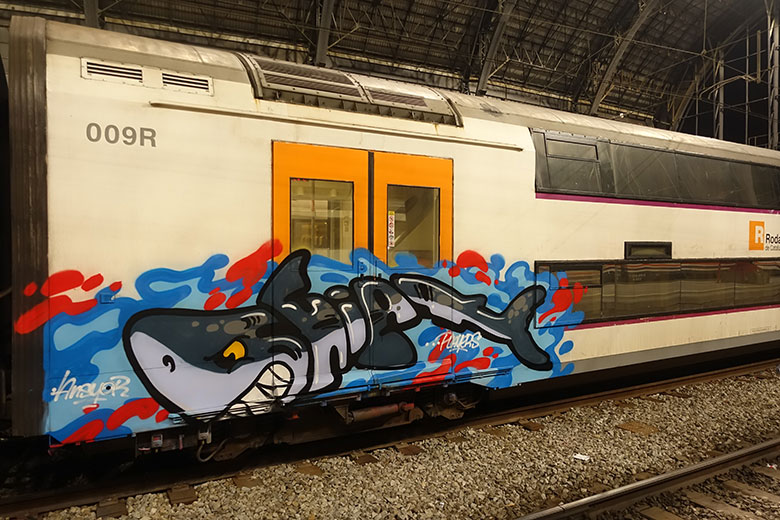 FIRE AT WILL: STEAM

GALERIA KOLORU KICKS OFF ITS TIKTOK