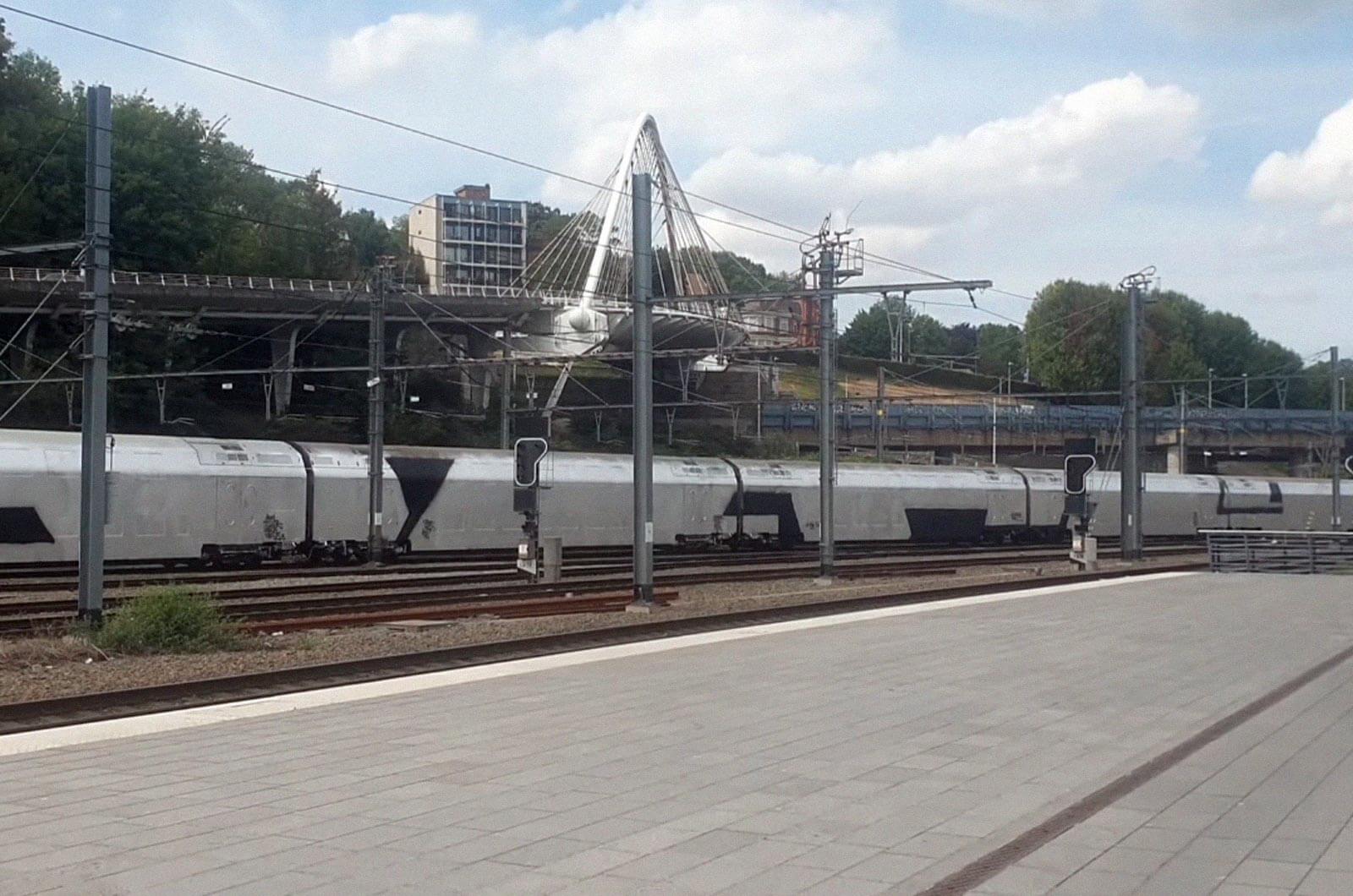 GIFGAS immortalizes an action by the Belgian writer Seyar that will go down in history: a chrome piece that covers an entire train of 10 double-decker carriages, from top to bottom and from beginning to end.

In train graffiti, what’s bigger than a panel? An end to end. And bigger than an end to end? A wholecar. And bigger than a wholecar? Well, a wholetrain. In this case there is the added extra element of a double-decker train, with 10 cars — we’re talking about an unusually colossal production. But as if this weren’t enough, this pharaonic work was carried out by a single writer: SEYAR. It is impossible to imagine how he managed to get enough time to cover the entire surface and finish the project completely… but here it is. A one man wholetrain of 10 double-decker cars. Can’t ask for more.

And speaking of wholetrains, we took the opportunity to include another relevant video, recently published by the unstoppable KCBR. Here, the already impressive production becomes even more extraordinary thanks to the drone footage recording its circulation along the Italian coast.