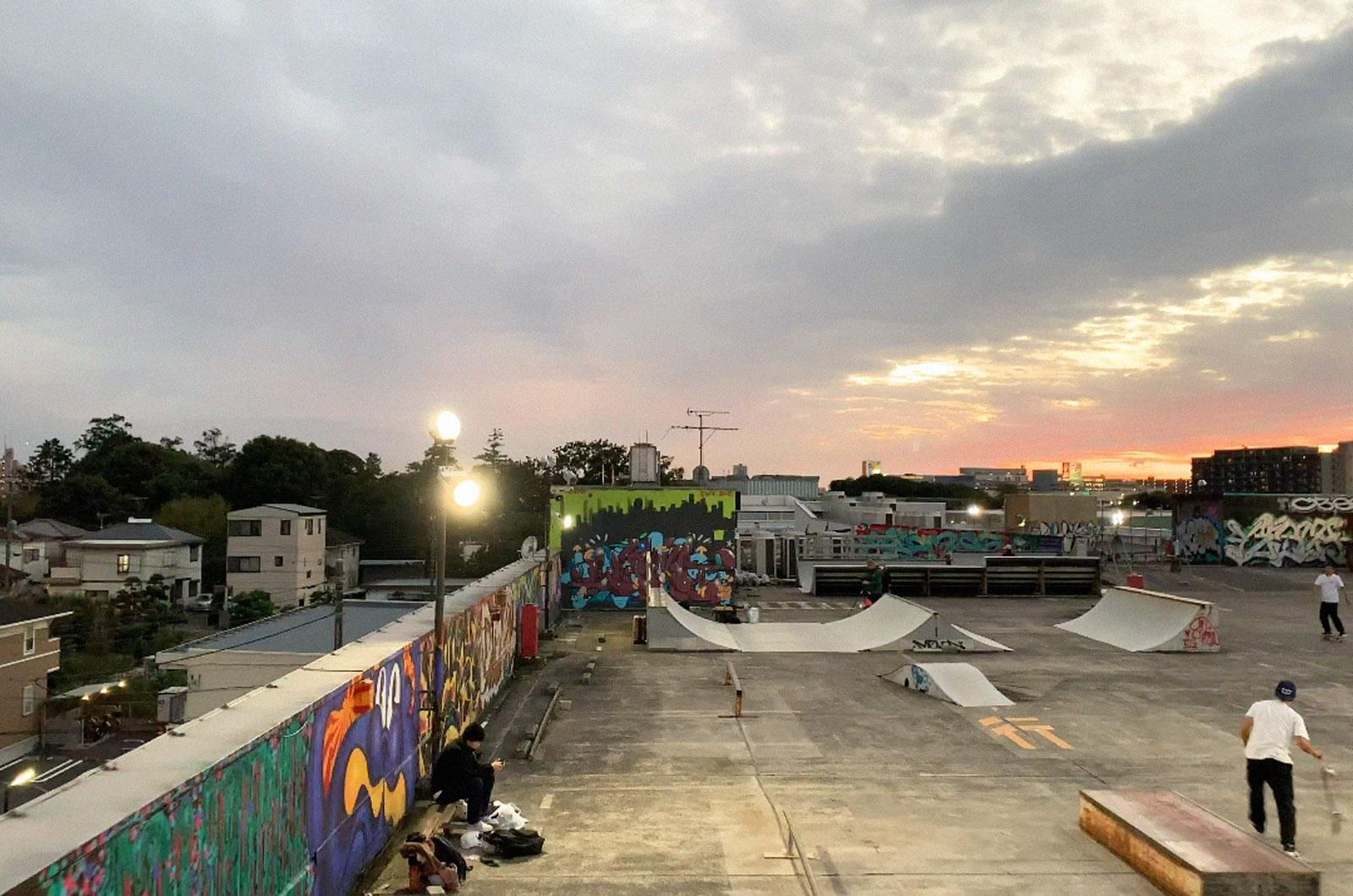 Says and Akione represent two different facets of the Japanese graffiti scene. The diplomatic wildstyle, experimentation with anime and sheer bravery are some of the traits that define these contrasting but compatible writers. We talked to Says ahead of the presentation of a brand new video featuring the Japanese artists.

With the support of Montana Colors Japan

-Basic info, when did you start painting graffiti?
2004

-Which city are you from and where do you live now?
I was born in the Kyushu region of Japan and grew up in Chiba.

-Do you have a crew? Who are the members?
I’m an Earth Walker crew member, with YOHIE, Alice, Swel2 and Kick. They have been my friends since I started painting, and I later joined the crew they originally formed.

-Tell us a bit about your local scene…
There used to be a lot of graffiti writers in my hometown, but now the number has dropped considerably. It’s lonely in such a small scene, but on the other hand you can choose whichever wall you want to paint on. lol 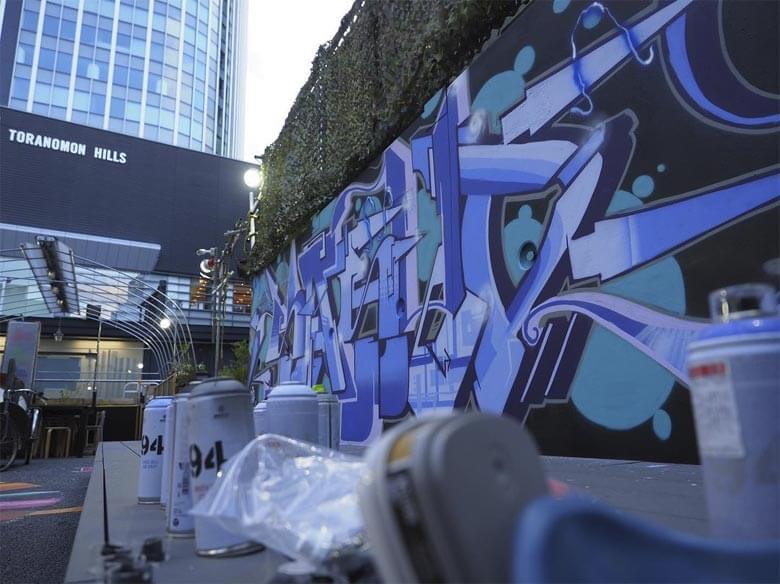 -Do you see a lot of different between Japanese and Asian graffiti and the rest of the world?
I haven’t been to many countries but isn’t it unusual for Japan to have so few legal walls in the capital? I think it is. Japan has a smaller population of graffiti writers than the rest of the world. I feel that the population of writers in Japan is extremely small. However, I think that Japan has fun because it is a scene that is still developing.

“Legal spots are limited in Japan. In Japan, if you want to paint a lot, you have to do it illegally.”

-What kind of styles you can find in Tokyo?
How many bullets can the Tokyo style shoot in the least amount of time? I feel that is the basis. If you walk around the city, you will find tags and throw-ups.
Since there are few spots where you can paint pieces, the impression is that the number of bombers is inevitably increasing.

-Are there many illegal graffiti writers?
Legal spots are limited in Japan. In Japan, if you want to paint a lot, you have to do it illegally.

-Are there many beefs?
There aren’t many beefs around me, but I hear that beef is common in Tokyo.
I don’t want to do things that don’t seem fun, so I don’t pay attention to beef.
So I want to say I’m not interested. lol. 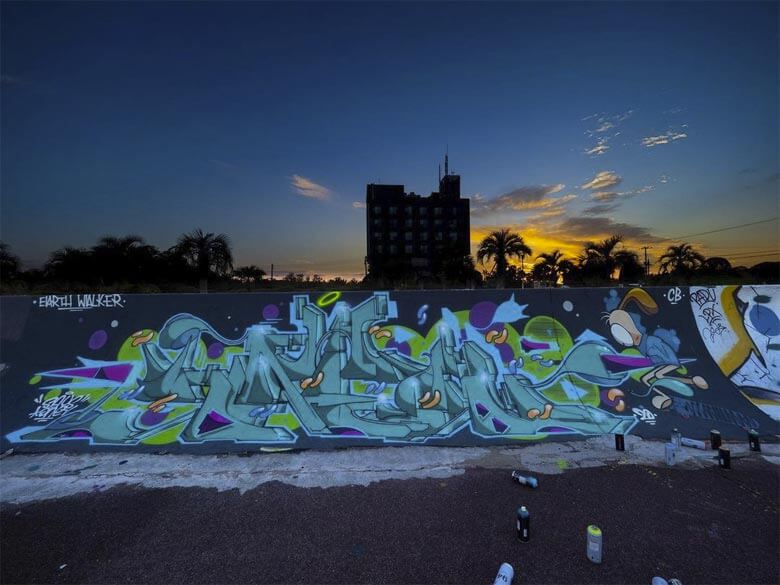 -What kind of legal problems writers face?
I don’t know what sanctions would be imposed when a writer is caught in another country, but if vandalism is a common part of graffiti, isn’t there a punishment in every country?

-How do you define your style?
I like wild style. Recently, I’ve been writing with the intention of creating a wild style that pops like the world of anime.

-What are your influences?
I am very much influenced by Hayao Miyazaki: his character design, colors and ideas. If it’s a graffiti writer, DATER (LL) or PORK (ABS). They are an influence, or my favorite graffiti writers lol. And I’ve been influenced a lot by my friends who came to Japan.

-Do you think instagram is an important tool in your graffiti?
Instagram has become a very important tool for me. You can see the current scene around the world, the activities of overseas friends you can’t meet, and show what you are doing. It also helps you make friends when you go to a country you don’t know. 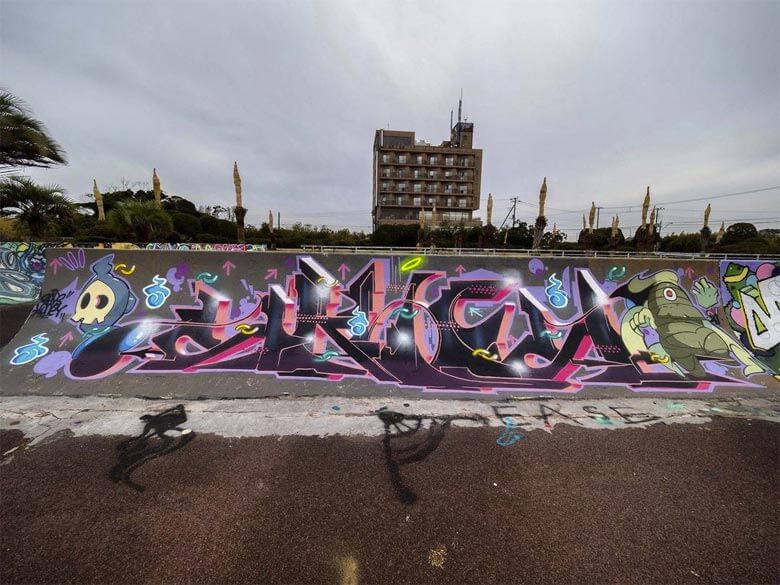 -How do you see the future of graffiti in Tokyo?
Now that my understanding of graffiti is gradually increasing, I dream of a day when a big graffiti festival will be held in Tokyo in the near future.

-And your evolution as a writer?
I want to keep in mind that I will always evolve my style. It’s easy to stick to the same thing, but I want to try new things more and more. Animation is one of them. I want to be a writer who keeps evolving even when I get old.