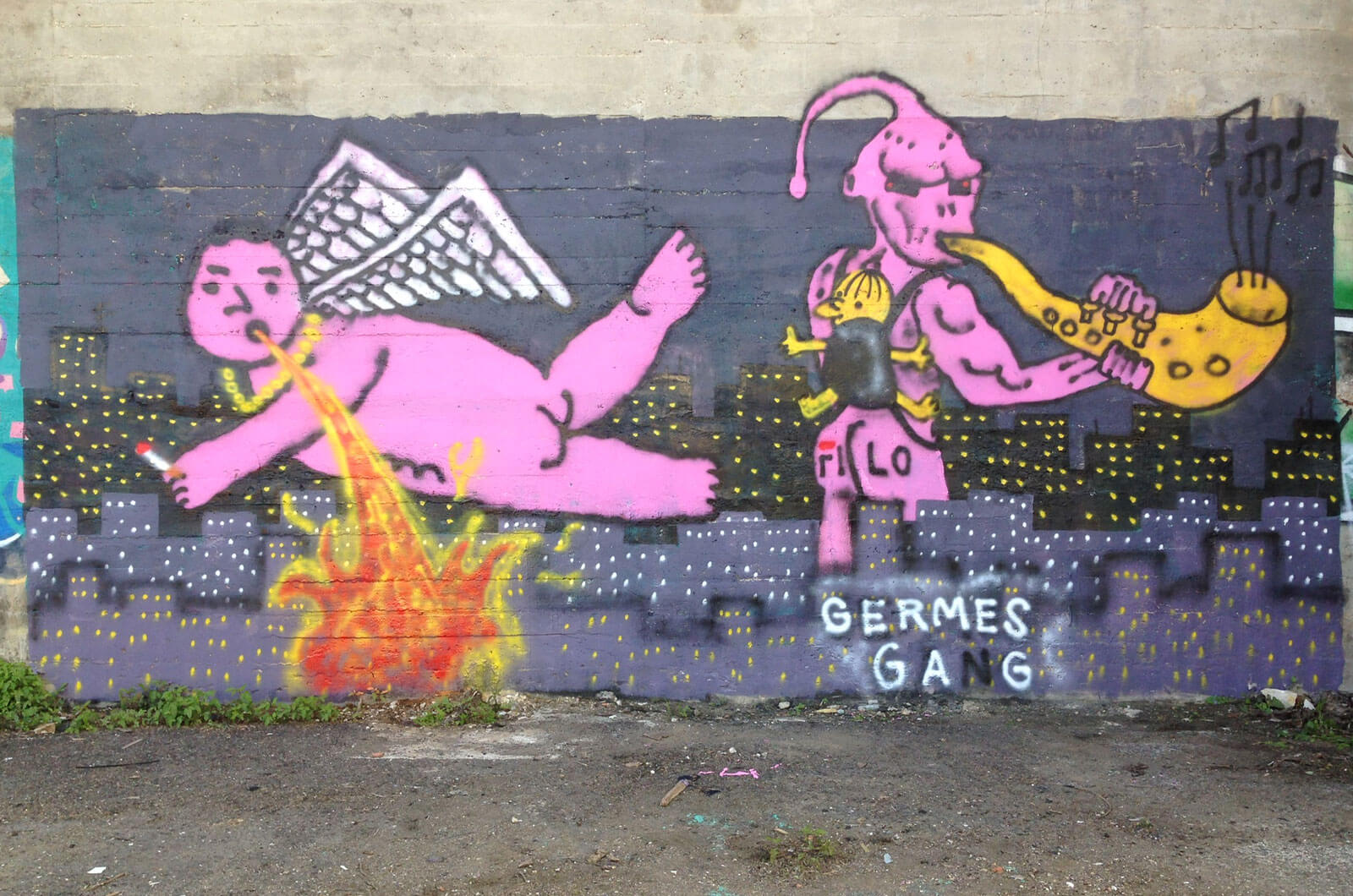 The Germes Gang are a Portuguese collective at the forefront of a postmodern style of graffiti that provokes inspiration and indignation in equal measure. As part of #mtnmemesmonth, we talk to the crew about their unusual and chirpy approach to graffiti.
The work of prolific group of writers from Lisbon known as the Germes Gang has long caught our attention and we were curious to find out how they have achieved a style that breaks many of the great taboos in graffiti, especially the objective of clean, well produced pieces and characters. Despite being experienced aerosol artists, that we suspect have fine art training, it is often impossible to distinguish their work from the first sprays of a complete novice.  You’ll never see intricate productions by the group, nor do they pay much attention to bombing, trains or the other daring feats practiced by many writers. Their innovation lies in their outsider niche in graffiti, which remains uncompromised, unfazed by trends. This interview was proposed with the intention of prising an in-depth analysis of their work, but perhaps they did their fans a favour by remaining curt and concise. After all, you should never explain a joke.

There are many names associated with Germes Gang, and you have even opened up the crew for external applications. Who are the core members now?
There are three of us, each one has several names. 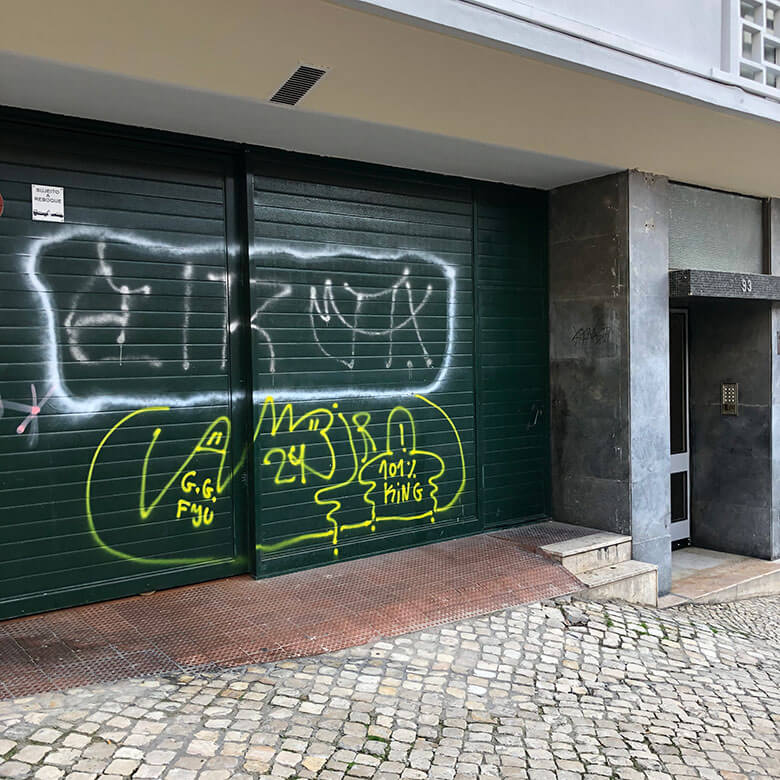 Where are you based?
We live in Lisbon, Portugal.

“What we like the most is work by genuine toys, they are also our source of inspiration.” 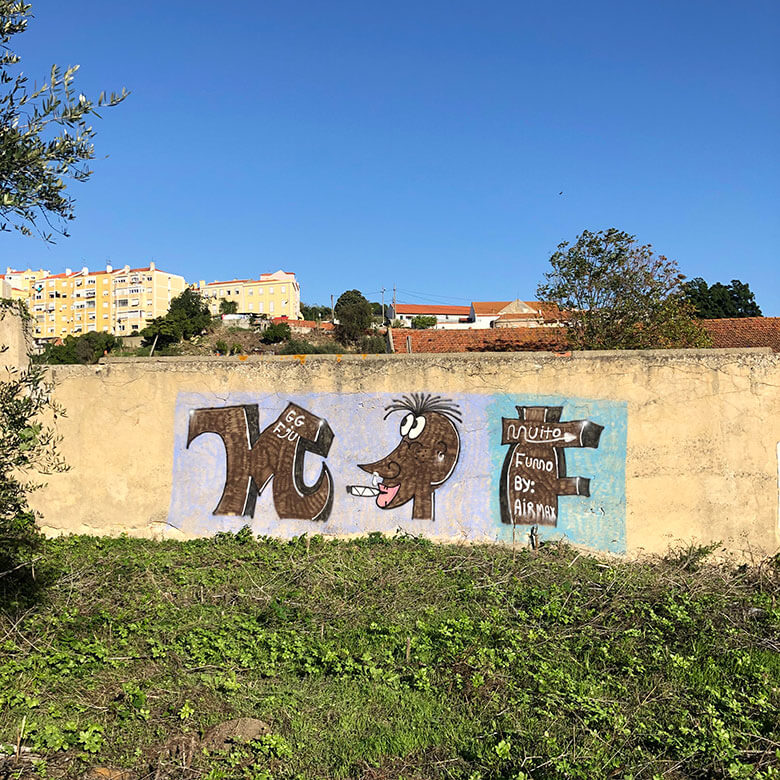 You have roots in graffiti and are still active spray can artists, but you seem to enjoy breaking the rules of the movement, which can be quite conservative in some respects. Have you always felt like outcasts?
I think we’ve never thought about it, we just felt since day one that there was a mindset in the graffiti community that we don’t fit into. We never wanted to be part of the scene. Our friends are not graffiti writers. 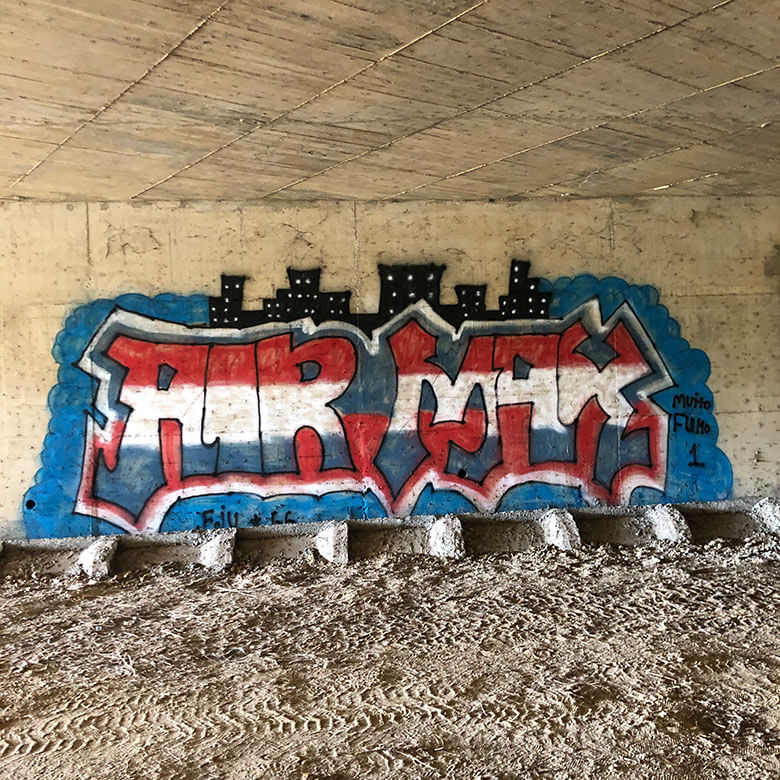 You were part of the movement that some people call “anti-style”, a term that could be problematic because even naïve/outsider graffiti is a stylistic choice. How do you classify your graffiti? Who are your favourite graffiti writers, contemporary and classic?
We don’t like that term “anti-style”. In fact, “anti-style” fucked graffiti, now you don’t need to learn the basics. We don’t know how to call it, it’s just contemporary graffiti I guess. What we like the most is work by genuine toys, they are also our source of inspiration. 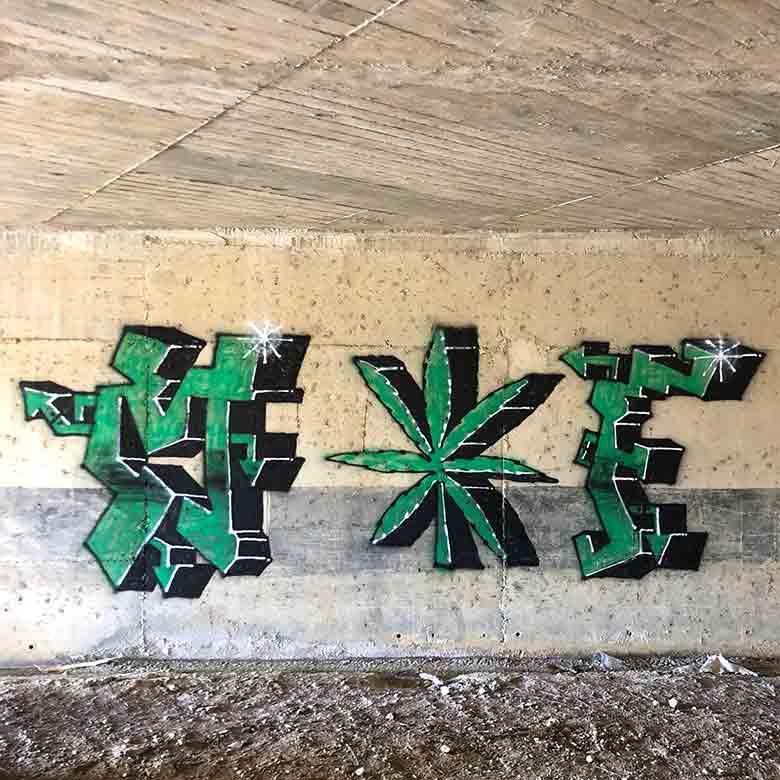 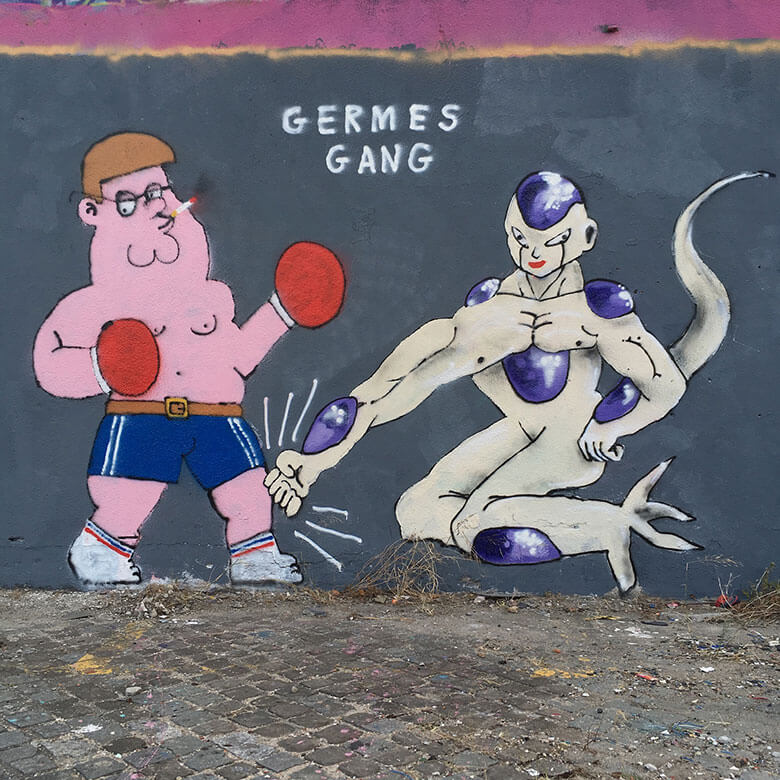 Does Portugal have a different type of graffiti scene than other European countries you’ve visited? Do you fit into the national scene in any way?
Portugal is like the rest but with less everything. It’s not up to us to decide if we are part or not, but if I had to guess, no. 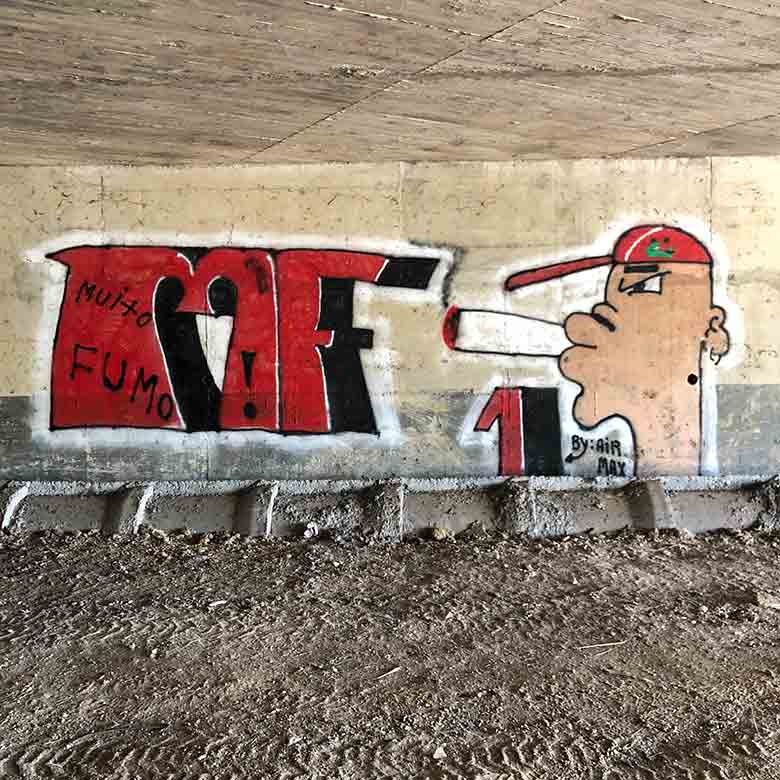 The cartoons that you have portrayed – from The Simpsons to Family Guy and The Mighty Morphin Power Rangers – are cultural icons that everyone can appreciate. Do you have a favourite cartoon?
We like all the cartoons that grow up with us. They are like your idols when you are young. 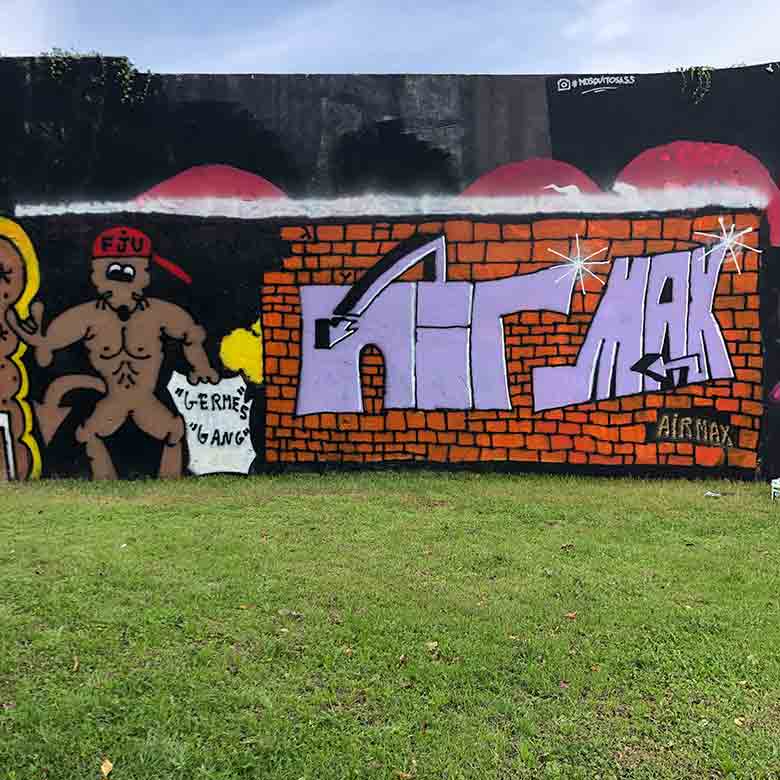 You’ve stated that anyone who remembers spray cans is almost dead. In the age of digital art and NFTs, do you think the aerosol can is outmoded?
Not yet, but maybe one day yes. We also don’t believe in NFTs as something that will last. 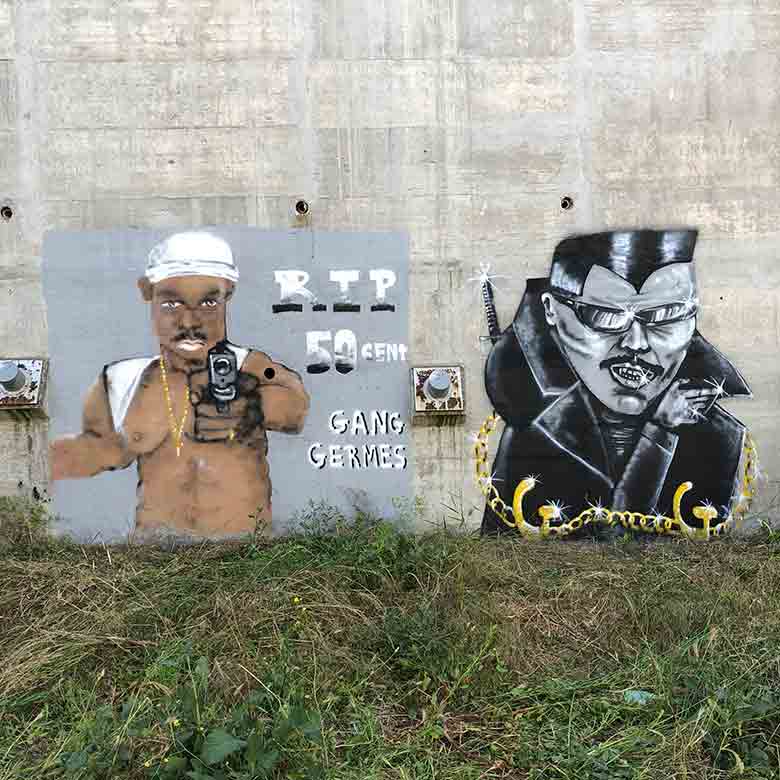 Speaking of NFTs, you have any intention of selling your work via this new technology?
Not at all. 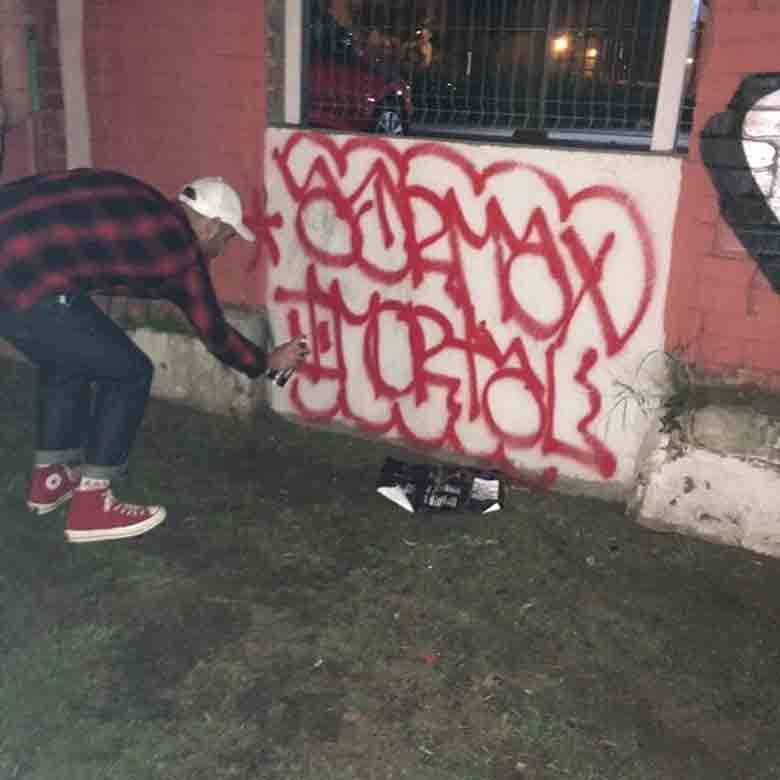 Your exhibitions have included creating an Airbnb listing and live tattooing. Can you give us any indications of the new directions you will take in future shows?
At this point of our lives, we have no plans for that. We just want to do some tags, some pieces, publications and that’s it, but we don’t exclude the possibility of a new show. 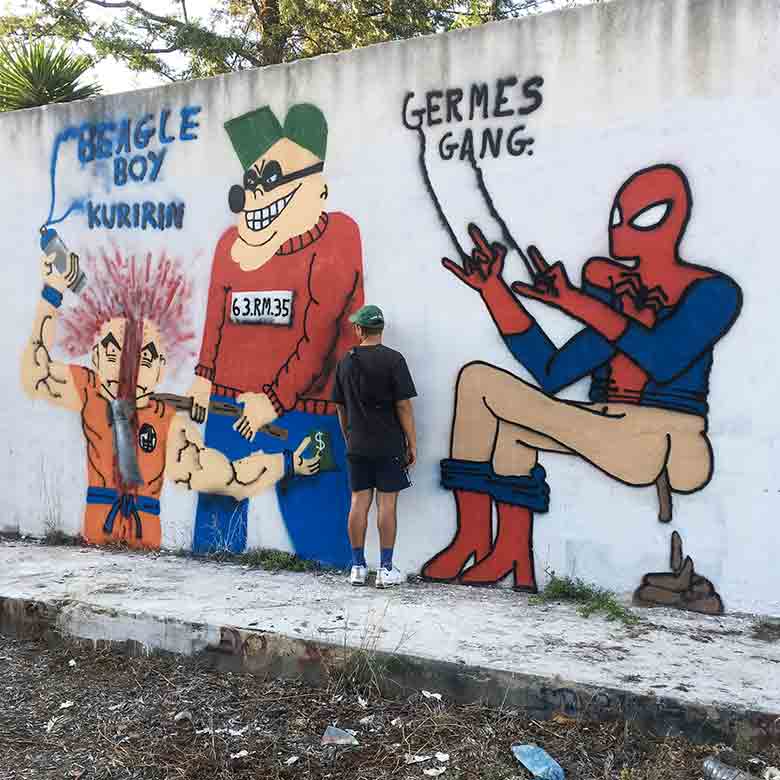