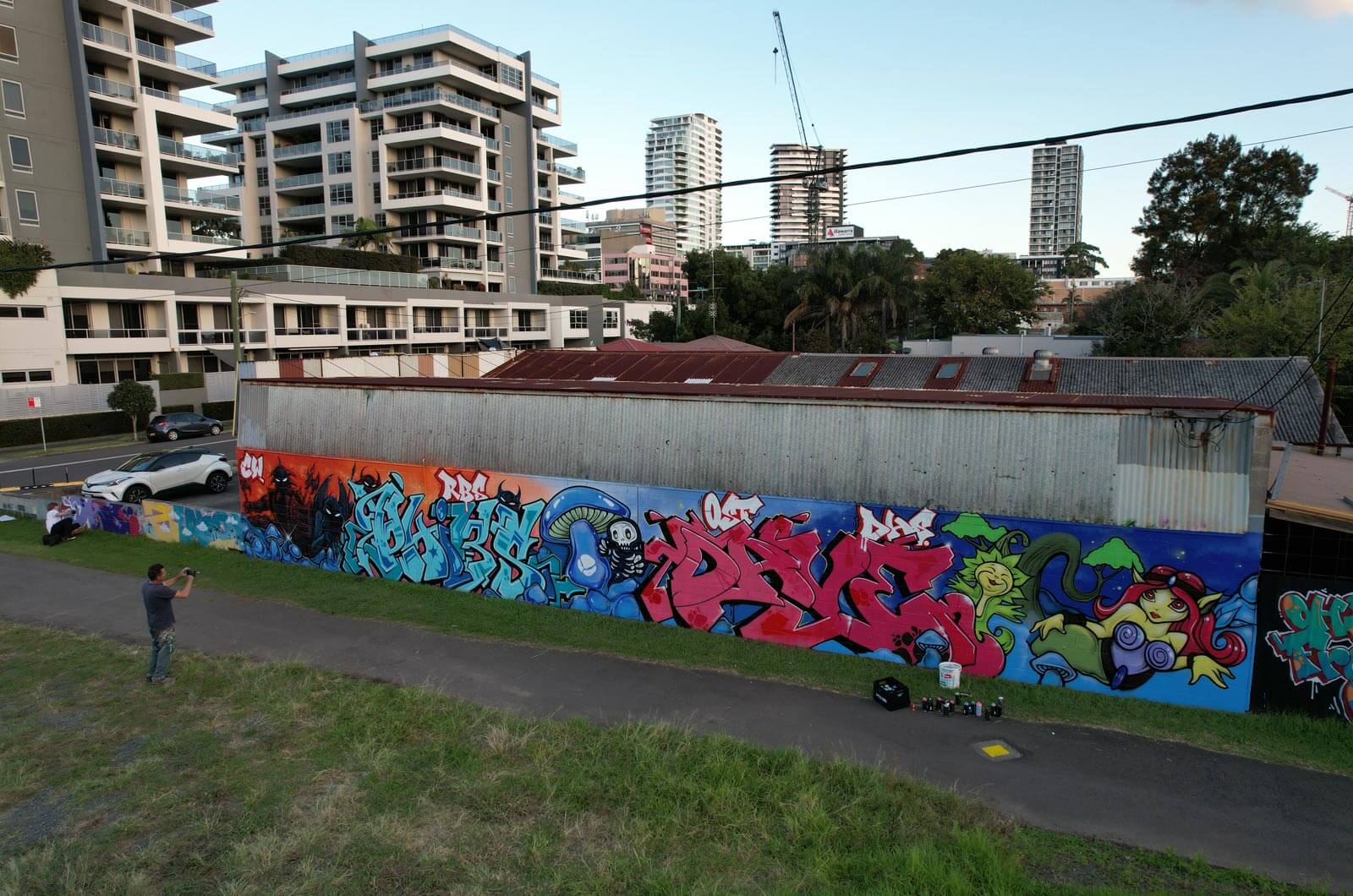 Ralph Bakshi’s representation of good and evil wizards is the setting chosen by Australians Phibs and Dave to contrast their clash of styles. In this spectacular video, Colin McKinnon captures the process of this wall production carried out in Sydney.

A native of the South Coast of New South Wales in Australia, Phibs is a veteran writer who began his graffiti career way back in the 1980’s. After moving to Sydney and getting to know the scene thanks to Dmote and Prins, he developed into a style writer of great versatility. OSF is the acronym of his crew, that also includes Dave, with a shorter but equally interesting career to his name, as this interview that we published a year ago proves. A true lover of steel, Dave can also adapt to wall productions, especially at the side of a crew mate like Phibs.

While Dave and Phibs represent two different generations of Sydney writers, both pay tribute to the city with the traditional wildstyle associated with the Australian city: a style that has been defined by writers like Zombe, Dmote and Kade from a very specific New York heritage.

After a meeting for lunch, Phibs and Dave planned the theme and colors that would adorn the wall. They were inspired by the imaginary of the animated film “Wizards” by Ralph Bakshi, not forgetting to add their own aesthetic interpretation. Good and evil are manifested in the production through the characters, serving as a metaphor for the duality in graffiti between the legal and the illegal. 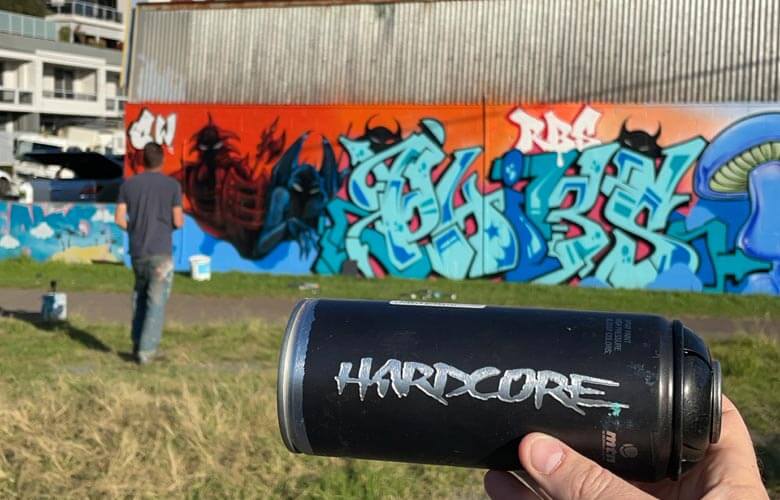