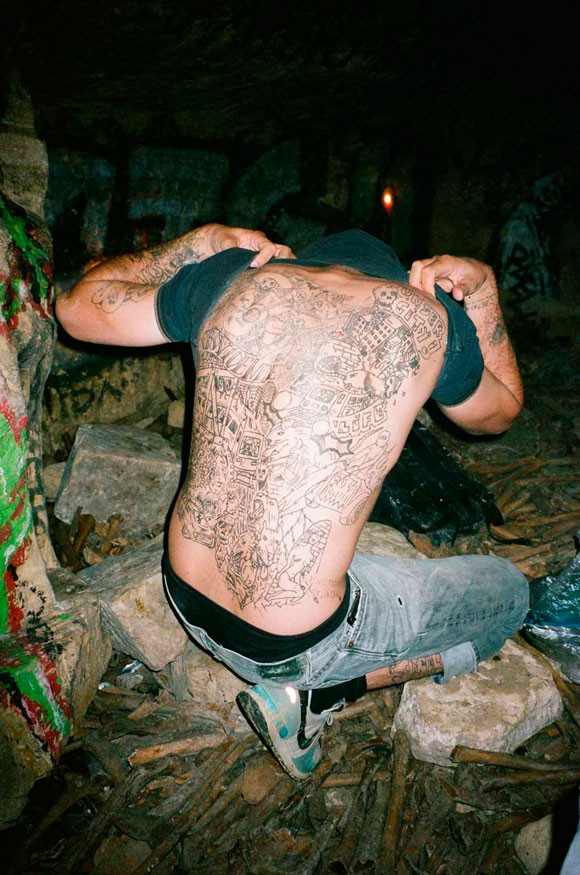 12oz has dedicated their 12 Questions section in their latest issue to take a look at Fuzi UV TPK from Paris. You will find some interesting details about the characteristic aspects of Fuzi’s work, for example the origins of “ignorant style” and some feedback about the relation between graffiti and tattooing.

FUZI got his start as a graffiti artist during the late 1980s in the violent suburbs of Paris, France. There he and his crew UV TPK wreaked havoc stealing, partying and most importantly painting the subway trains connecting them to the central city. (…) They disregarded conventional styles (…) instead painting however and wherever they wanted. Some people referred to it as sloppy and toy, but that aesthetic was a deliberate shot at shaking up the graffiti conversation, and a mentality that would go on to shape the views of writers today. 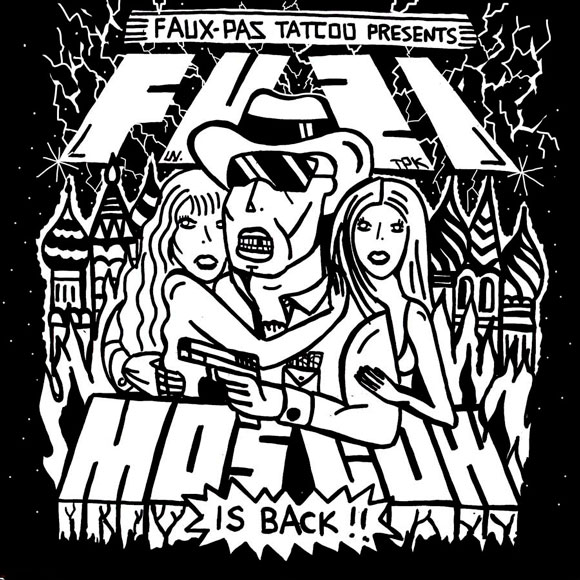 ‘(Back in the days) It was more violent, it was about thugs, suburb crews and hip-hop. Without Instagram and iPhones, no CCTV in the streets. We robbed stores and people to have spray cans, cameras, clothing. I was focused on subway and train paintings, the street painting was not my priority (…)‘ 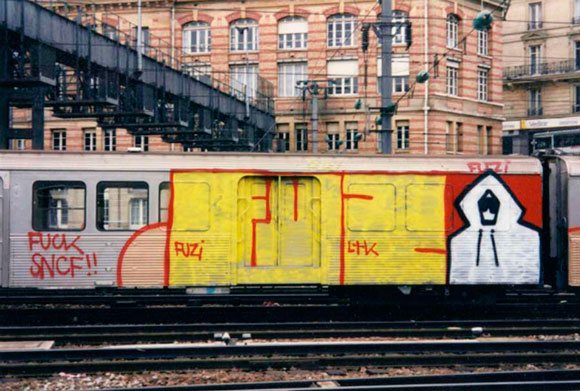 ‘(Ignorant style) It’s about freedom. It’s something I made on purpose at the beginning of 1990s to break the graffiti rules. Wild style, block letters, throw ups, the same letters, the same boring shit. Me and my crews UV TPK arrived in this game with our own rules. Paint like you want, how you want, and paint more than everybody! I was influenced by the NYC pioneers, but more by the ambiance, and the feeling of freedom, of this period. We were wild and spontaneous and we acted like that in our graffiti.‘ 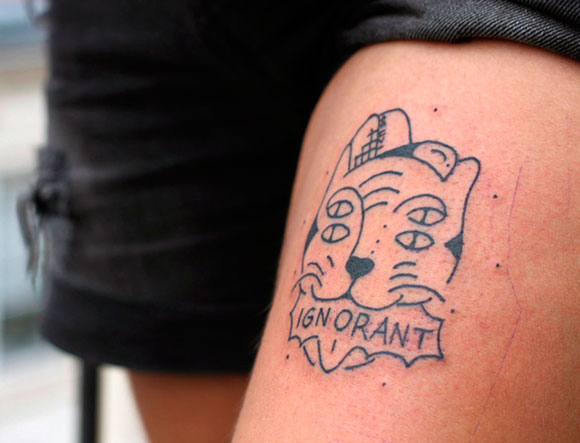 ‘Basically, the criticism was “Yes, you guys are everywhere, but you can’t paint, the technique is crap, it’s like you’re writing with your left hand, you’re just stupid vandals”. I used “Ignorant Style” to send the critics back to their own ignorance. They would never understand this style or that it could be voluntary and thought about.’ 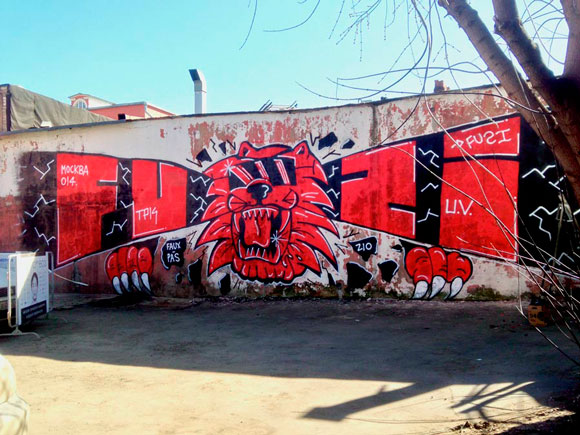 ‘When I slowed down my vandal activities, I searched something else to express myself, with my own rules. I painted canvases, made sculptures, wrote and also took up tattooing. It was just another medium to express myself. I learned by myself, on my own legs.‘ 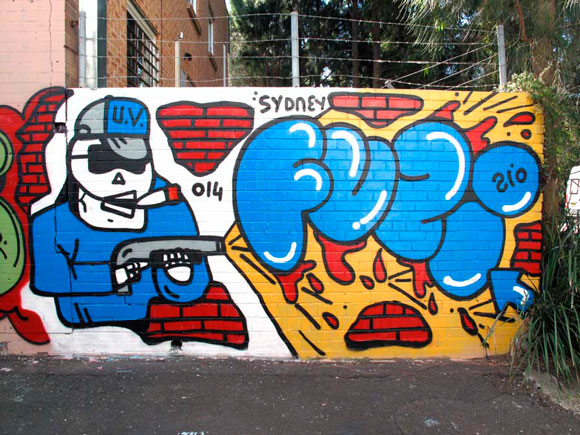 ‘I used the punch lines the way I used to do on trains. I added characters and I started learning the technique alone, on my own thighs. And then, very quickly, my ignorant style invaded the tattoo world.‘ 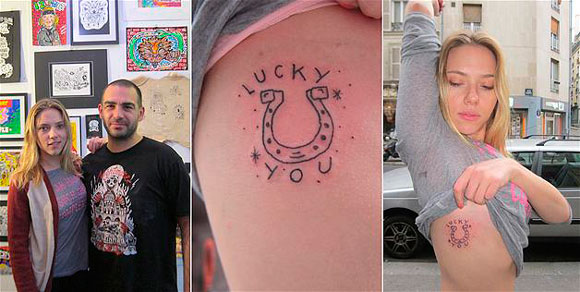 ‘The feeling when you paint is a big part of the game in graffiti—there’s exploration, risk, danger, adrenaline. I wanted to bring this feeling into my tattoos.‘ 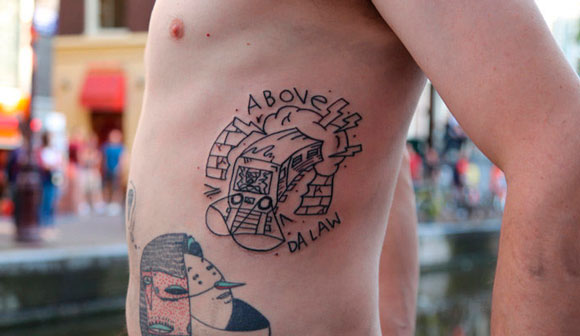 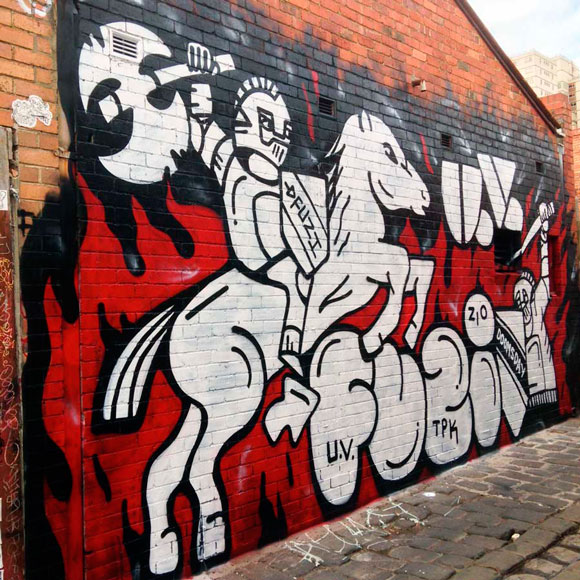 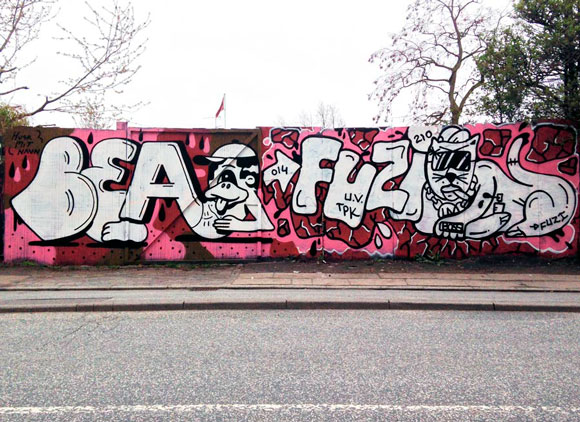