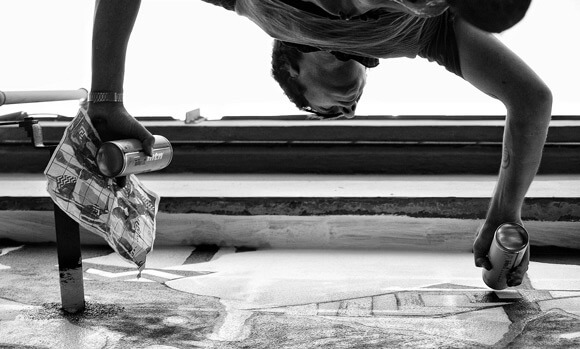 Fasim was kind enough to allow us to get deeper into his Open Walls Conference intervention. After five days of working, the Barcelona artist finished the black, yellow and white composition that’s subdivided into five rectangles framed off by a blue background structure.

Also a graffiti writer, Fasim’s pictorial style has formalized his evolution with the use of a more compact technique that occasionally resorts to more geometric elements, yet without completely abandoning the pareidolia which is usual in his prior work. 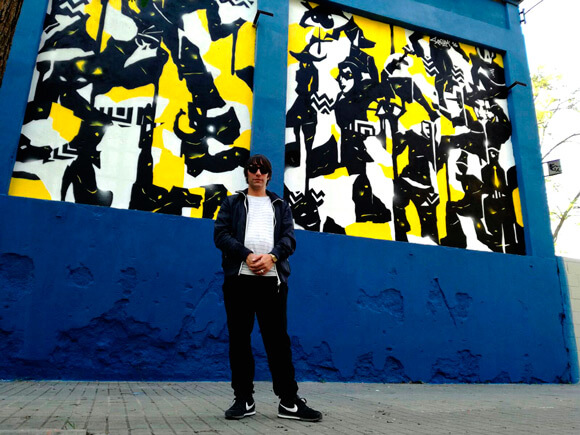 The mural is a response to the political phenomena that creates obstacles for human culture in its different manifestations on a global level. Culture is a basis for all of civilization and it stands as a unifying mechanism for the people, whereas politics and religion are the subjects that on the contrary, cause societies to confront one another and provoke hatred towards all that is different.

It’s a bittersweet foot forward for the power in art while at the same time it denounces the two main agendas that, according to Fasim, corrupt human brotherhood. 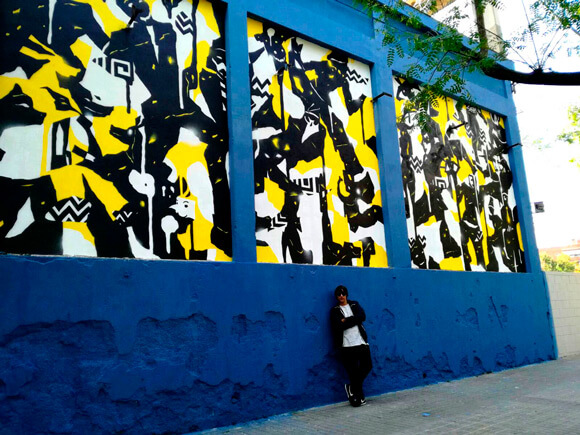 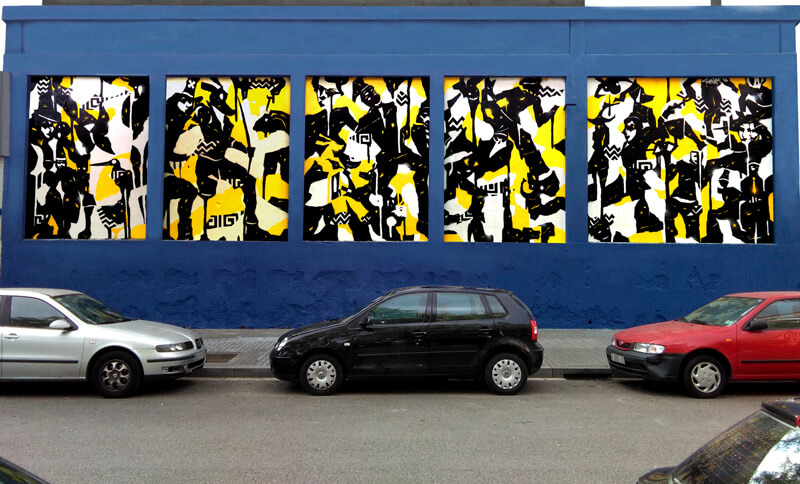