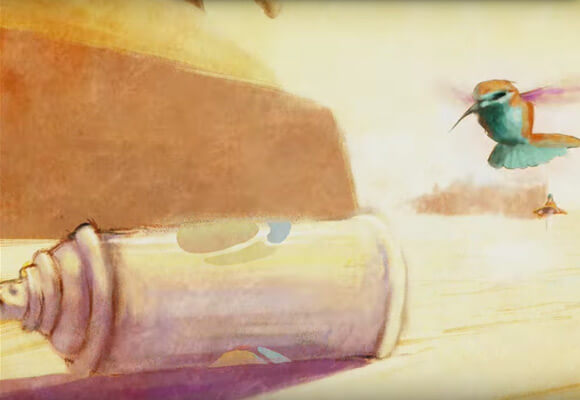 The animation studio “El Buen Arbol” created by the artist Raúl Ruiz (“El Niño de las Pinturas“) and Lucas Carrillo presents Sikame, an animated short film made in collaboration with the singer Lara Bello. Presentations will be held in Barcelona, Granada and New York thanks to Montana Colors, and today we are proud to present the work here.

“Sikame means “the golden soul” in Fon, one of the languages of Benin in western Africa, and it alludes the simplicity and depth which is transmitted by this precious metal, and the shining essence which we carry in our soul. Sikame, the song which appears in the short film, is inspired by the original tune by the great Lionel Loueke.“

Together with the film we also present a video made like a “making of” from this intriguing project which brings us closer to the fables and dreamlike universe of El Niño de Las Pinturas.