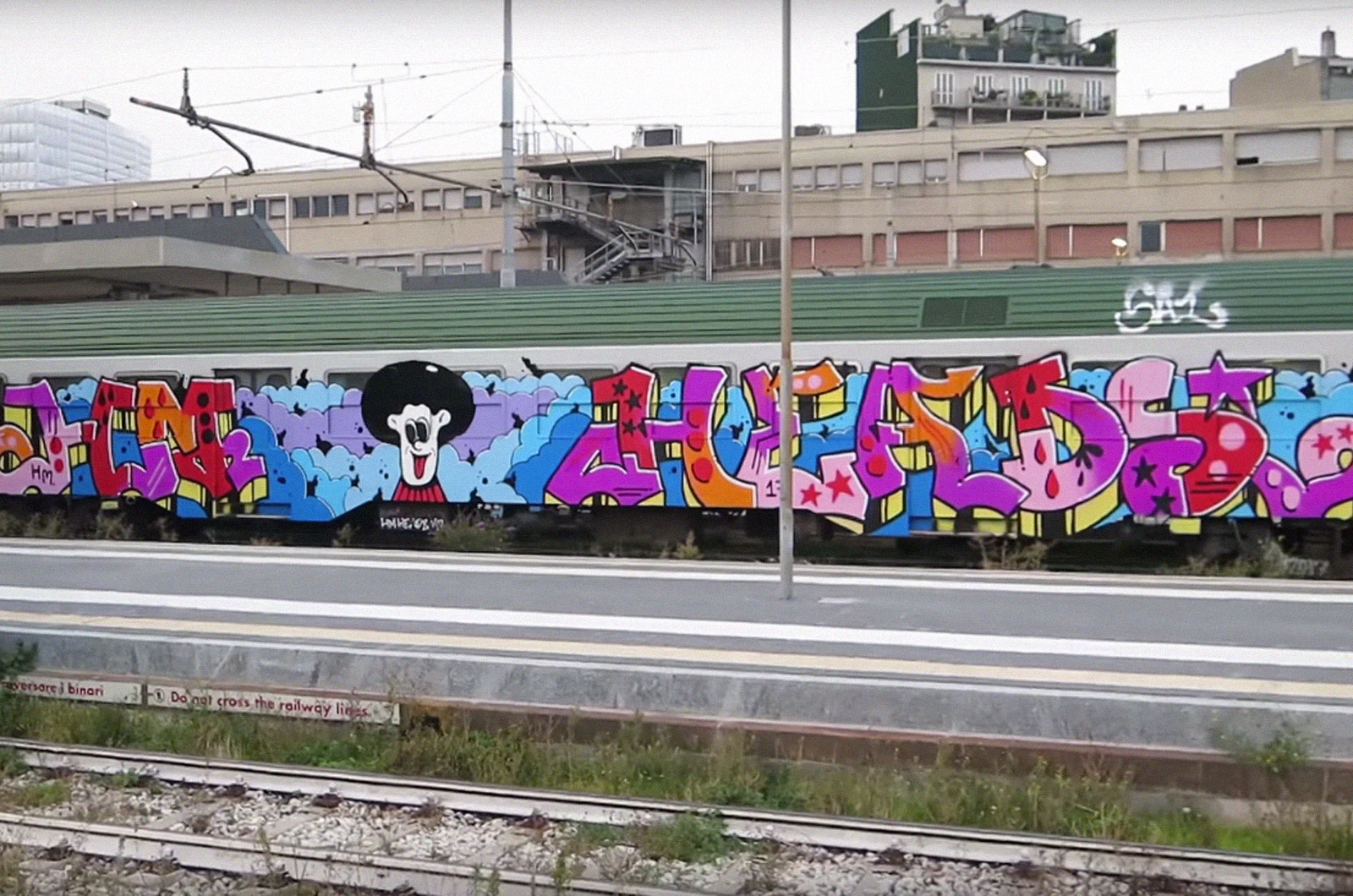 We’ve been waiting a while now for a new Runners series episode and the waiting has finally paid off with these seven amazing minutes of train action starring the HM Heads crew. It’s not the first time that the Danish crew has collaborated with SprayDaily, but on this occasion they didn’t want to shit where the eat, so the pieces running in Copenhagen are interlaced with others on Italian trains.

This master class in pure graffiti style on trains is an excellent way to see how efficiently MTN Speed works. If you pay close attention to the video while watching you might even see a few cameo appearances by some other big names in metal crushing graffiti such as Fame or Blow crew, or writers like Thek and Cherokee.