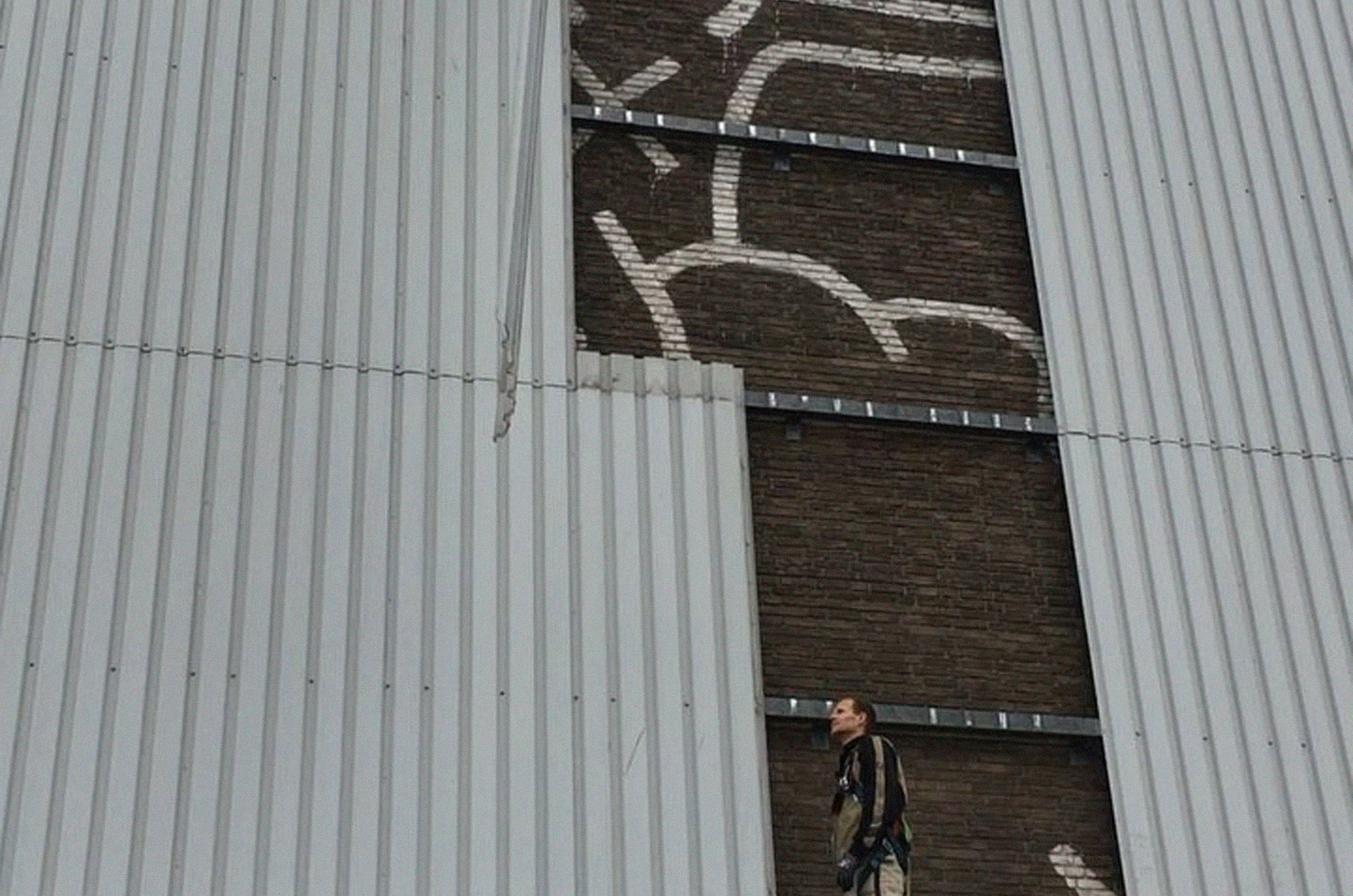 A couple of days ago, Mickey TFP gave us a nice surprise on her Instagram with a video that shows the removal of some plaques in the middle of a wall, revealing a Keith Haring mural as if it were an archaeological site. It’s part of the “Save Our Haring” project; a collaborative initiative between Mick La Rock and the Dutch gallery Vroom&Varossieu to recover the mural that had been hidden under wood cladding for decades.
On her website, Mick La Rock explains the details of this project of incalculable cultural value for urban art. 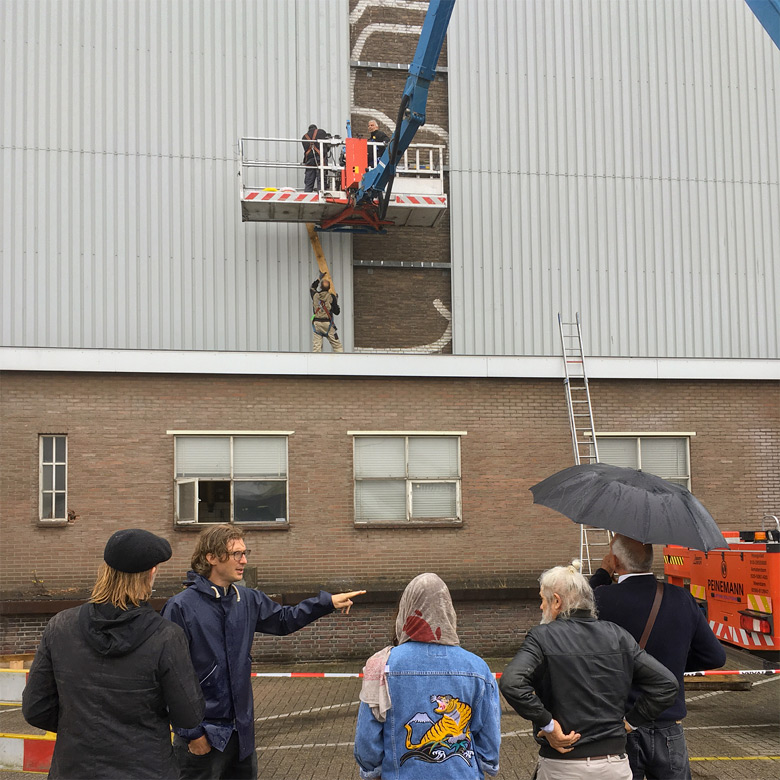 It was in 2014 that Mick La Rock began to wonder what could have happened to the historic wall that Keith Haring painted in Amsterdam; a huge wall that the New York artist painted in 1986 to decorate the Stedelijk Museum and the Amsterdam Museum. Her research in the library of Stedelijk led her to finding out that the mural would have remained intact and covered up. Coincidentally, the following year she received an email from Julia Gruen, director of the Keith Haring Foundation, asking about the wall in question. This would trigger the “Save Our Haring” project in which the Vroom&Varossieu Gallery has played a crucial bureaucratic role. 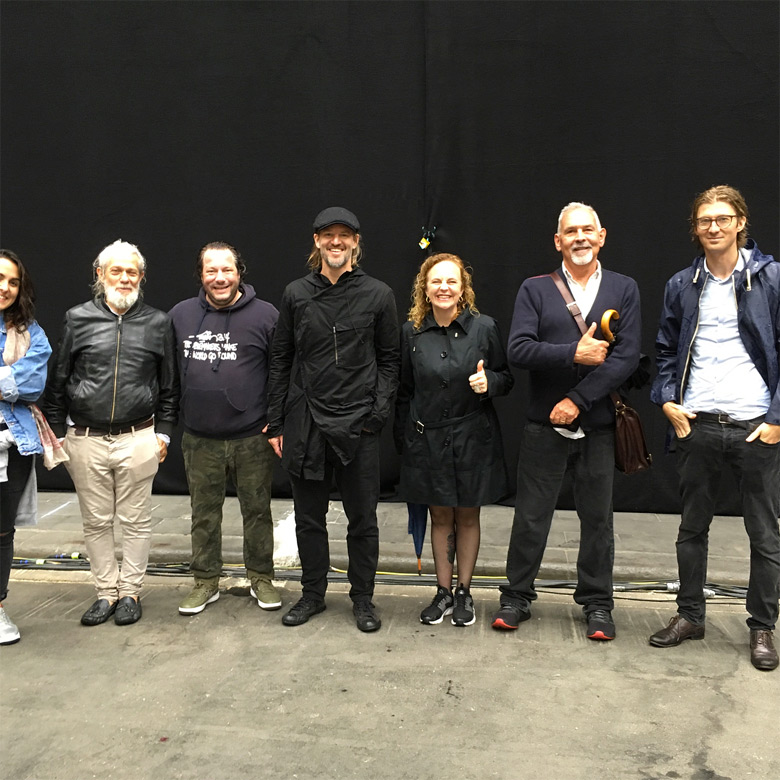 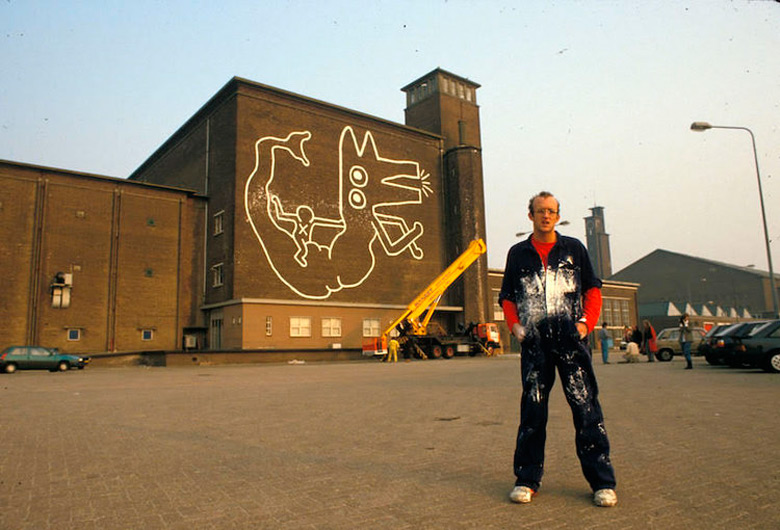 This news reminded us of the 2014 restoration in Barcelona, of the mural that Haring painted in 1989 in the Salvador Seguí Plaza. It’s also the perfect chance for us to remind you of the four limited edition cans dedicated to this universally renown artist that we recently released. 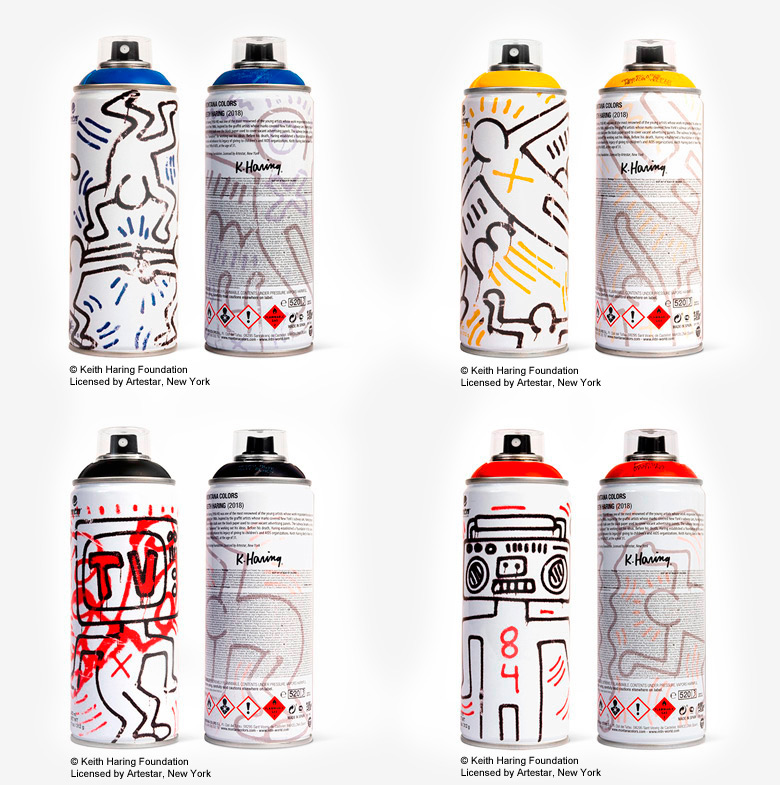