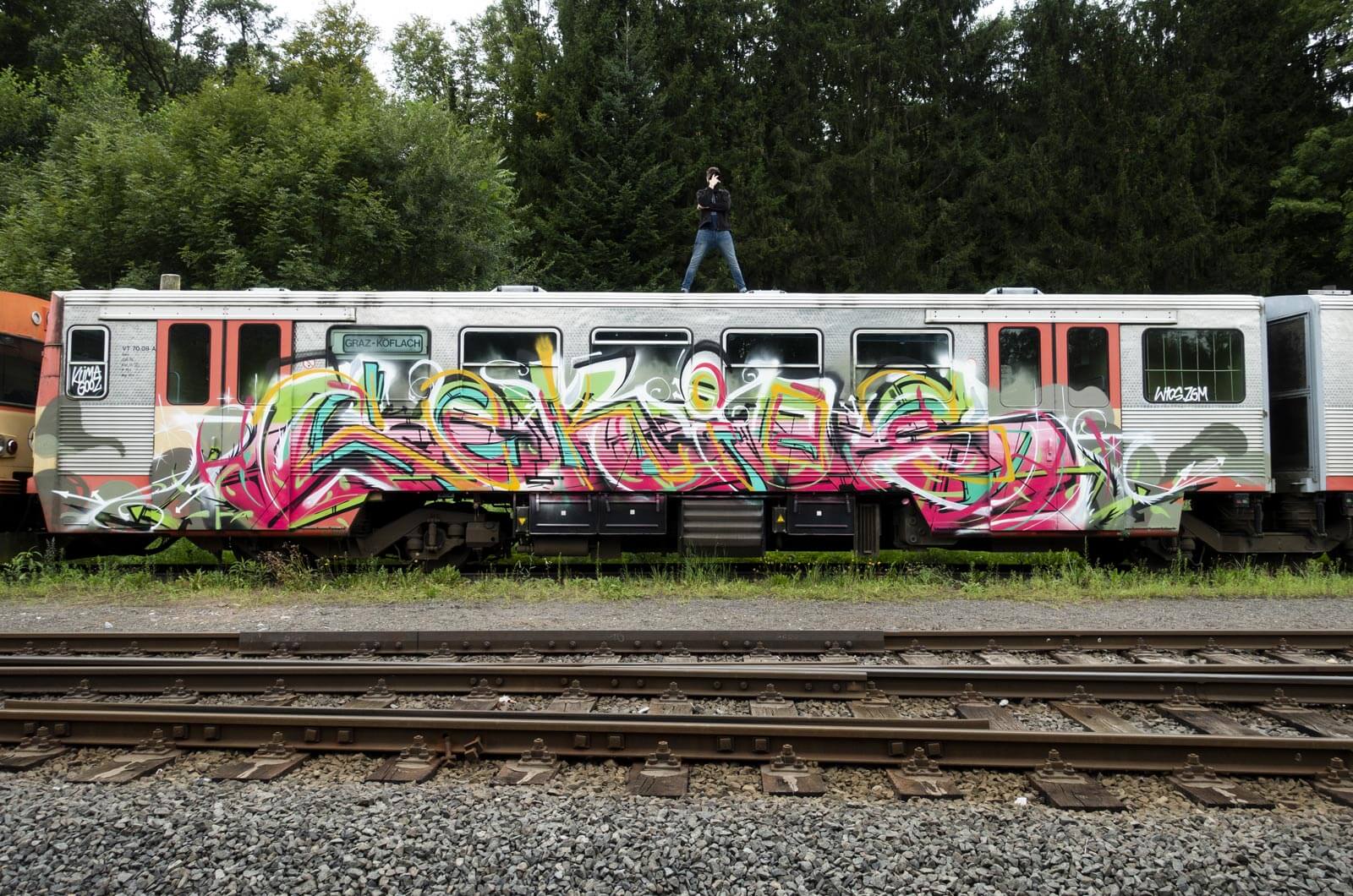 Since settling in Berlin, Cekios is gaining an enormous reputation on the European graffiti scene, mainly due to the incredible pieces he does on metros. They show an striking style, full of tricks and special effects. However, a photo posted on his Instagram half way through this year made us realize that Cekios isn’t just any writer. So, we whipped up a quick interview for him in order to get to know the story behind his name. A story as demolishing as it is inspiring.

“I collided with another player, and my left main coronary artery was blocked. I woke up in hospital a couple of weeks later.” 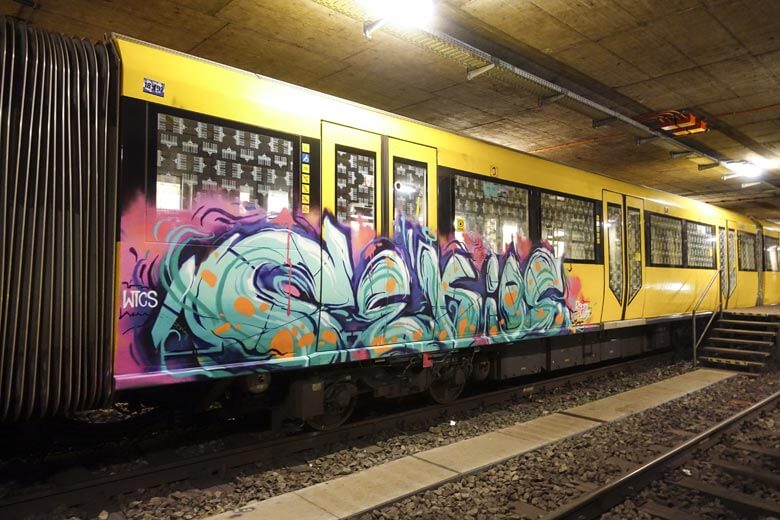 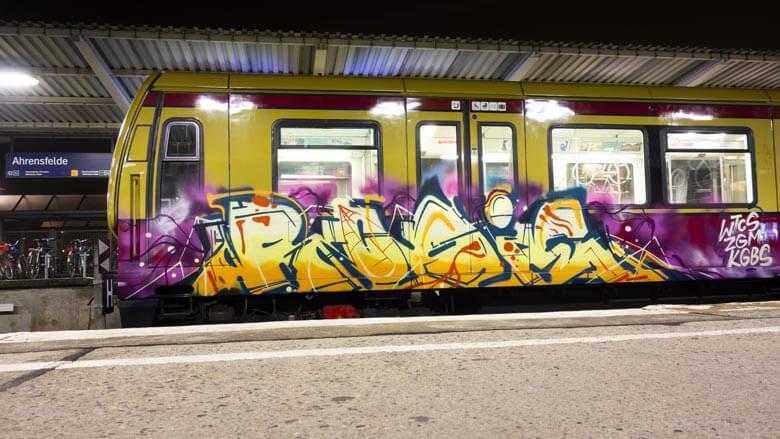 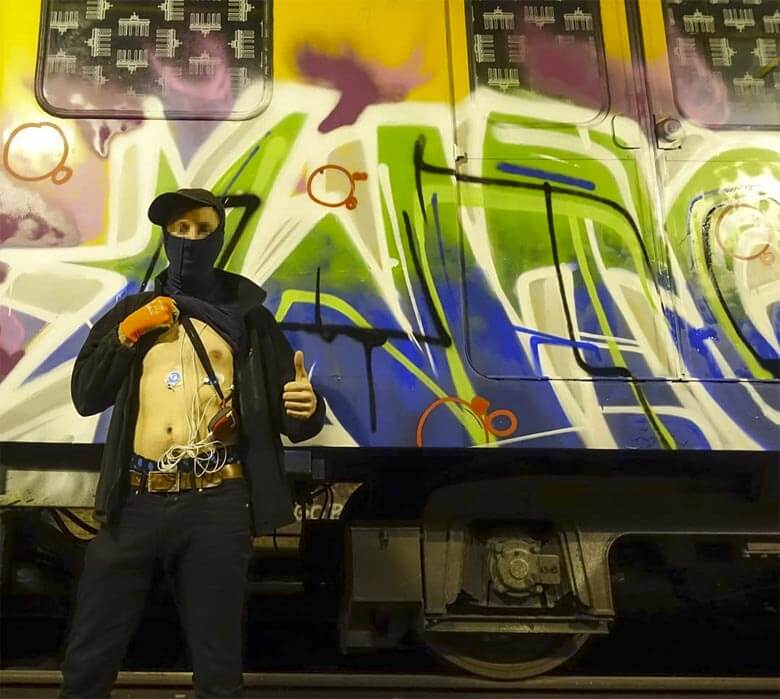 -You’re living in Berlin, aren’t you? Since when? Tell us a bit about this change.
The idea of living in Europe had always been on the back of my mind and I finally decided it was now or never.  24 hours of traveling, no real plan, and I’m still here in Berlin, Germany, two years later.

-What are the differences between metal graffiti in Germany and Australia?
It’s a lot easier to paint in Berlin than Australia. The system is a lot bigger, meaning there are more spots to paint and less security. With this being said, it also means there’s a lot more writers and tourists. Australia likes to treat graffiti as a serious crime, and in Berlin its around a €800 fine, and your good to go. You will notice more older writers still doing illegal graffiti here in Berlin than back home.

-And on a style level? Do you think there are still patterns in both places?
Yeah I would say so, especially now with Instagram being the main source of inspiration. Everybody is learning from artists globally, and I think graffiti is really evolving because of this. 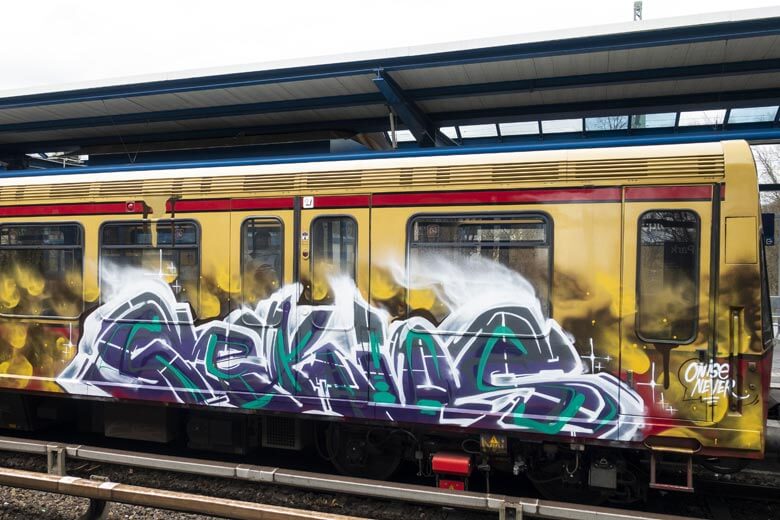 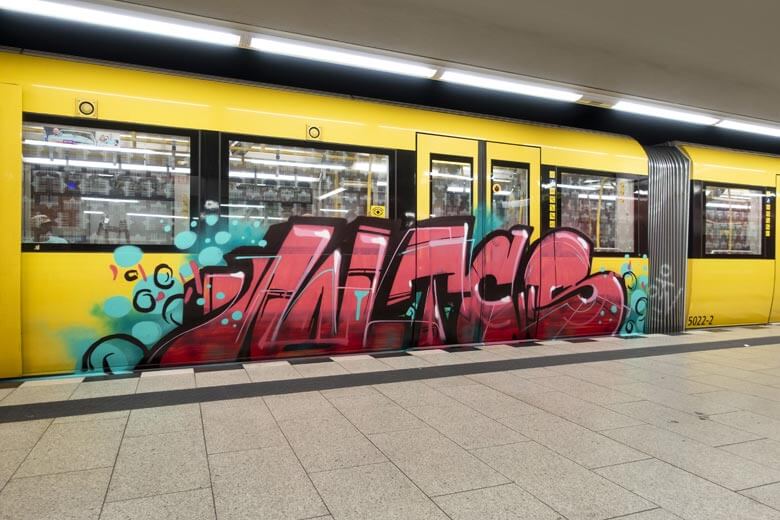 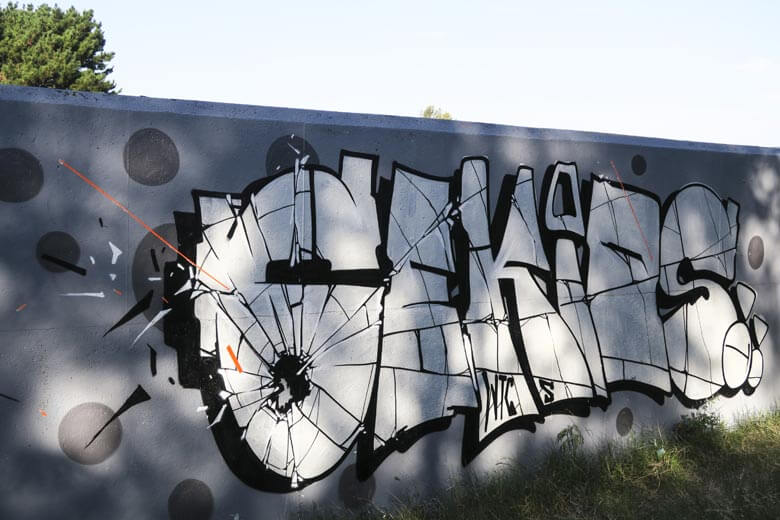 -We were very taken aback by the photo from your Instagram account in which you appear with some wires on your chest, and you write about a heart attack. Can you fill us in on this?
I had a heart attack when I was around 19 while playing soccer. I collided with another player, and my left main coronary artery was blocked. I woke up in hospital a couple of weeks later. Story goes, that the game had finished, and I walked up to our coach and said I wasn’t feeling good, so I laid down. The slang term for this particular cardiac arrest is “Widow Maker”. Basically it means that chances are you’re leaving your loved ones behind if you suffer this type heart attack. This was caused by an abnormal heart from birth that no one ever picked up on.

One month is hospital, four months in rehab, and my life was drastically changed. 7 years later I had some abnormal heart palpitations and this caused me to have a minor stroke. I had the typical stroke reactions – not being able to speak clearly, half of my face being numb and drooping. I had to go through speech therapy, and still there are some words I have trouble with.

“What could I do to keep my sanity? I was looking up tutorials on how to do graffiti.”

-How this inconvenience changed your daily life?
It definitely changed the path I was on. I was playing football at a high level back in Australia, and doing an apprenticeship in plumbing. My father actually passed away due to cardiac arrest (unrelated to mine), 3 months prior. My life was totally changed. I think that’s the reason I started to focus more on my graffiti/art. I had to take the whole year off; I needed an outlet. What could I do to keep my sanity? I was looking up tutorials on how to do graffiti. I was looking at photos from graffiti writers around the world and drawing my ass off. I guess my other inconveniences are taking medication every day and not being able to touch any type of drug. 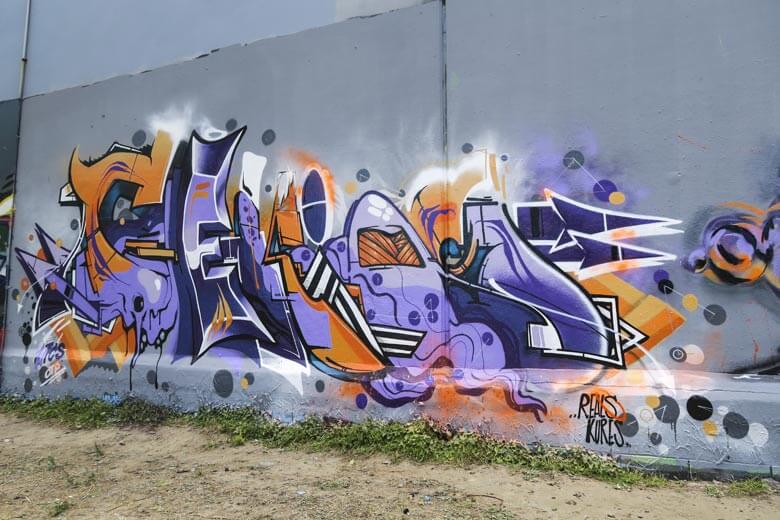 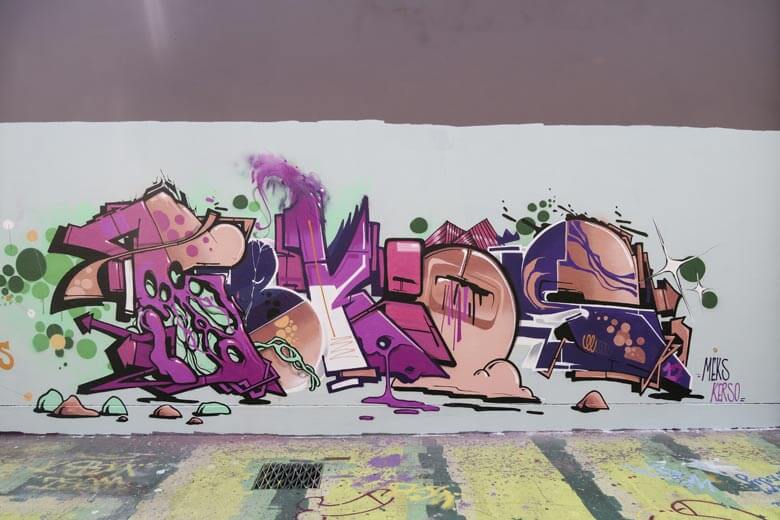 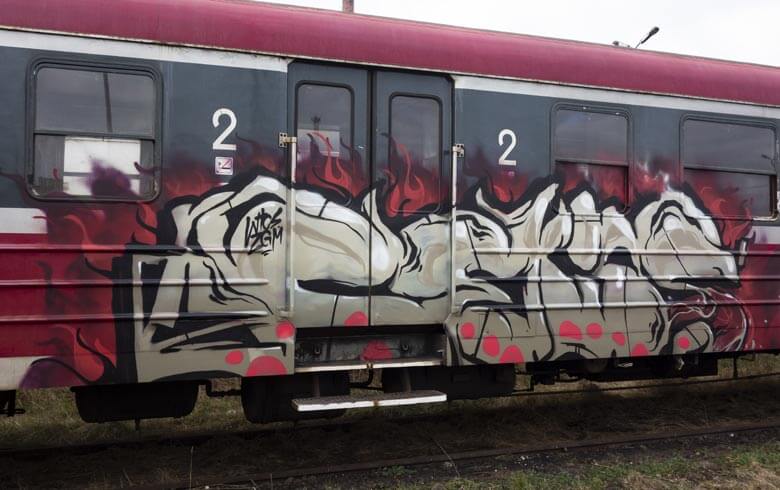 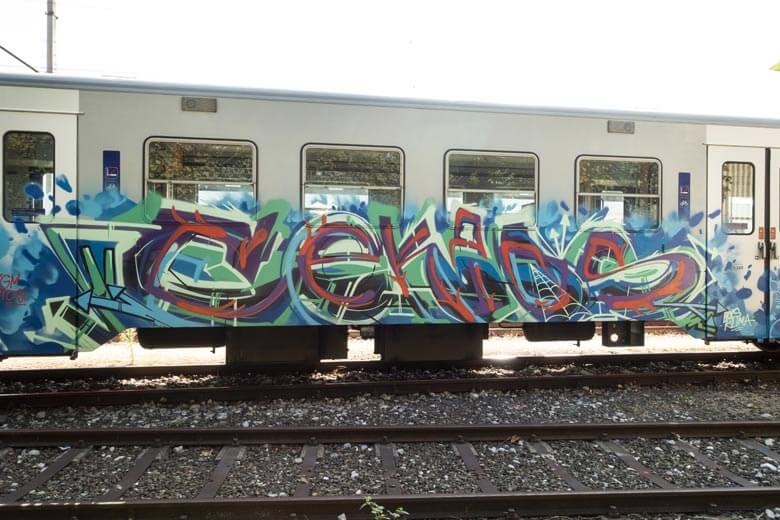 -Do you know of similar cases?
Not to my extent. I came across stories of other young people having heart attacks, but not quite the same as what I went through.

-What or who inspires you to keep doing what you love?
It’s fun! When i’m at home, I listen to music and draw. I find other writers inspire me the most, but I use anything related to art for inspiration.

“Just live life to your fullest. Try everything and go every where.”

-Do you think there will be a time when you will have to choose between passion and your health?
I have thought about it. Painting illegally will definitely have to stop one day and transition more in to painting walls maybe. I don’t see drawing and canvas work having to stop for the foreseeable future.

-What’s your current mentality?
Just live life to your fullest. Try everything and go every where. 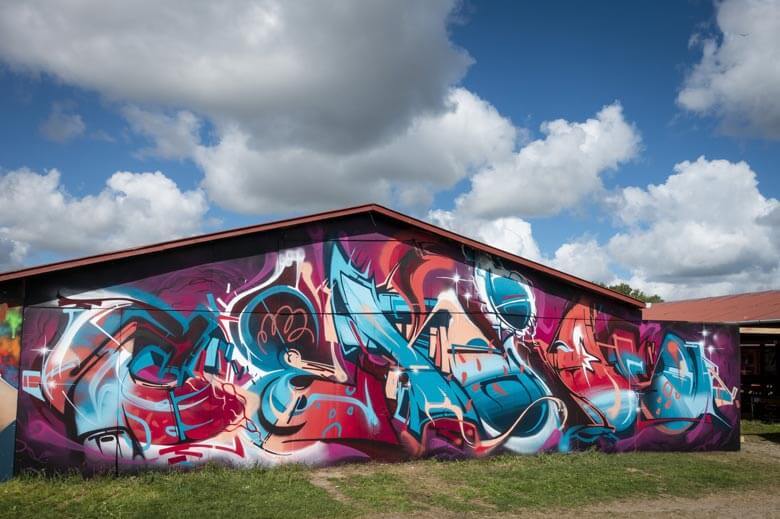 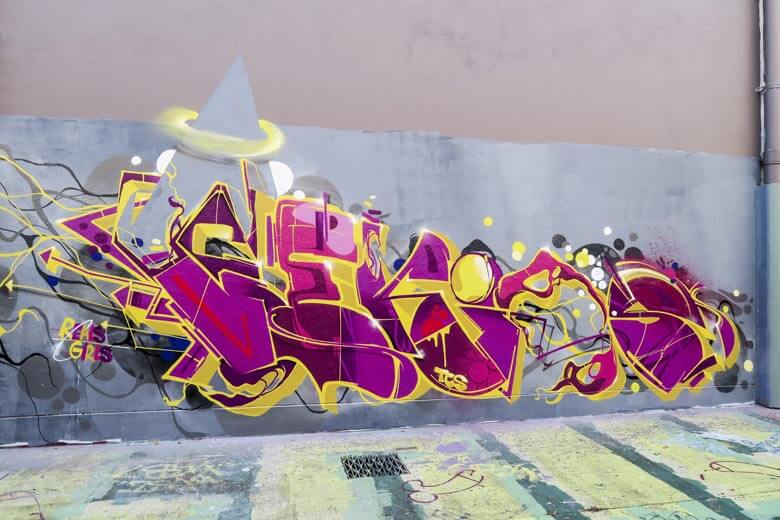 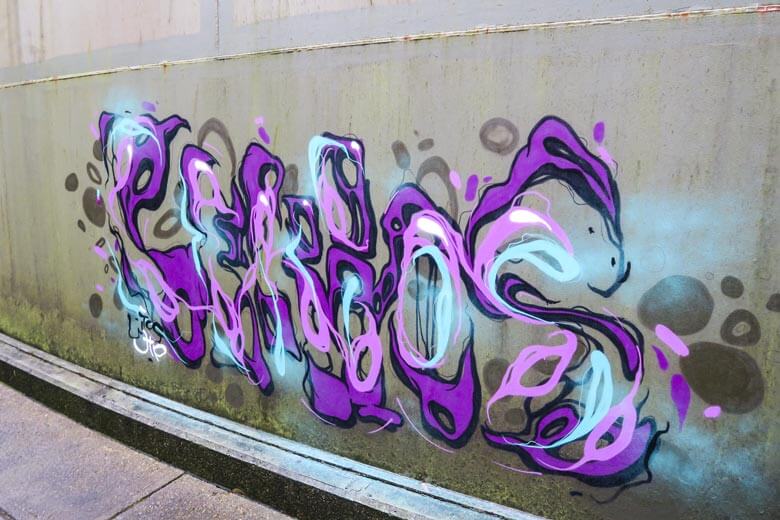 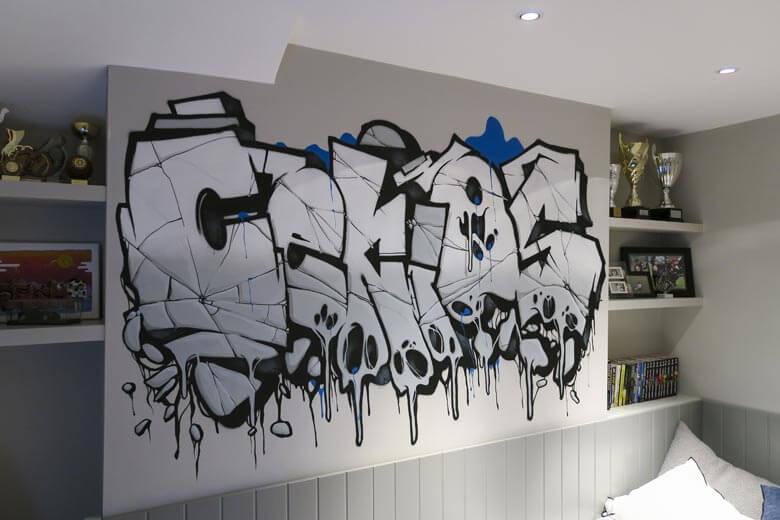 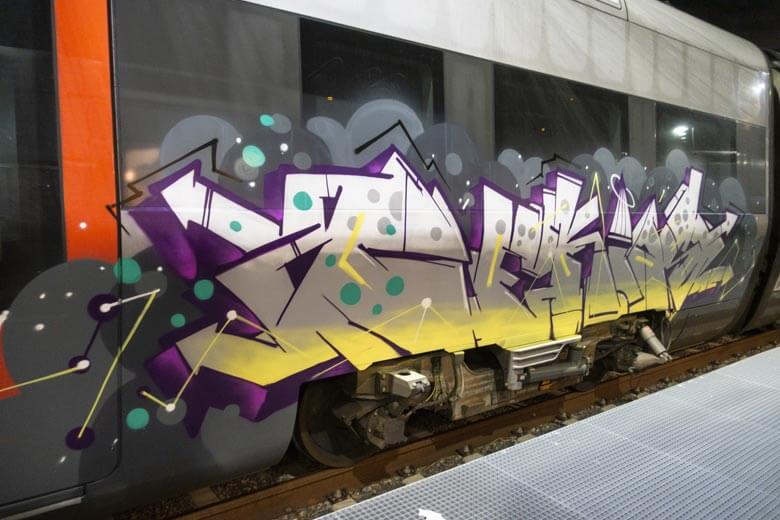 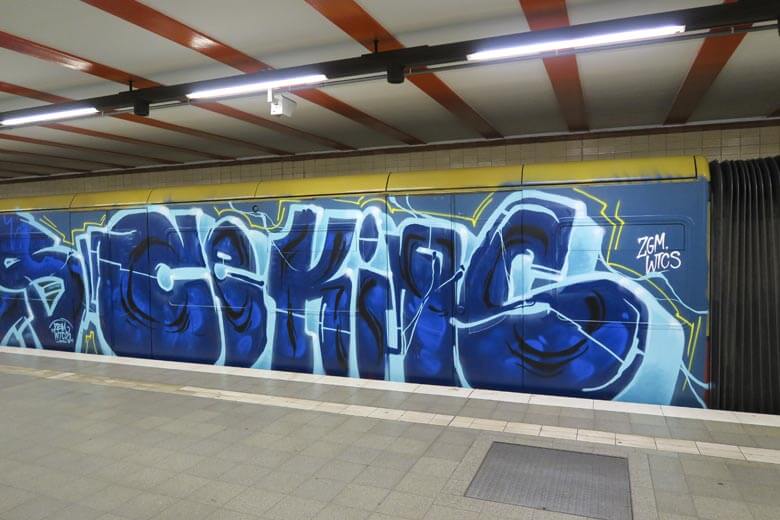