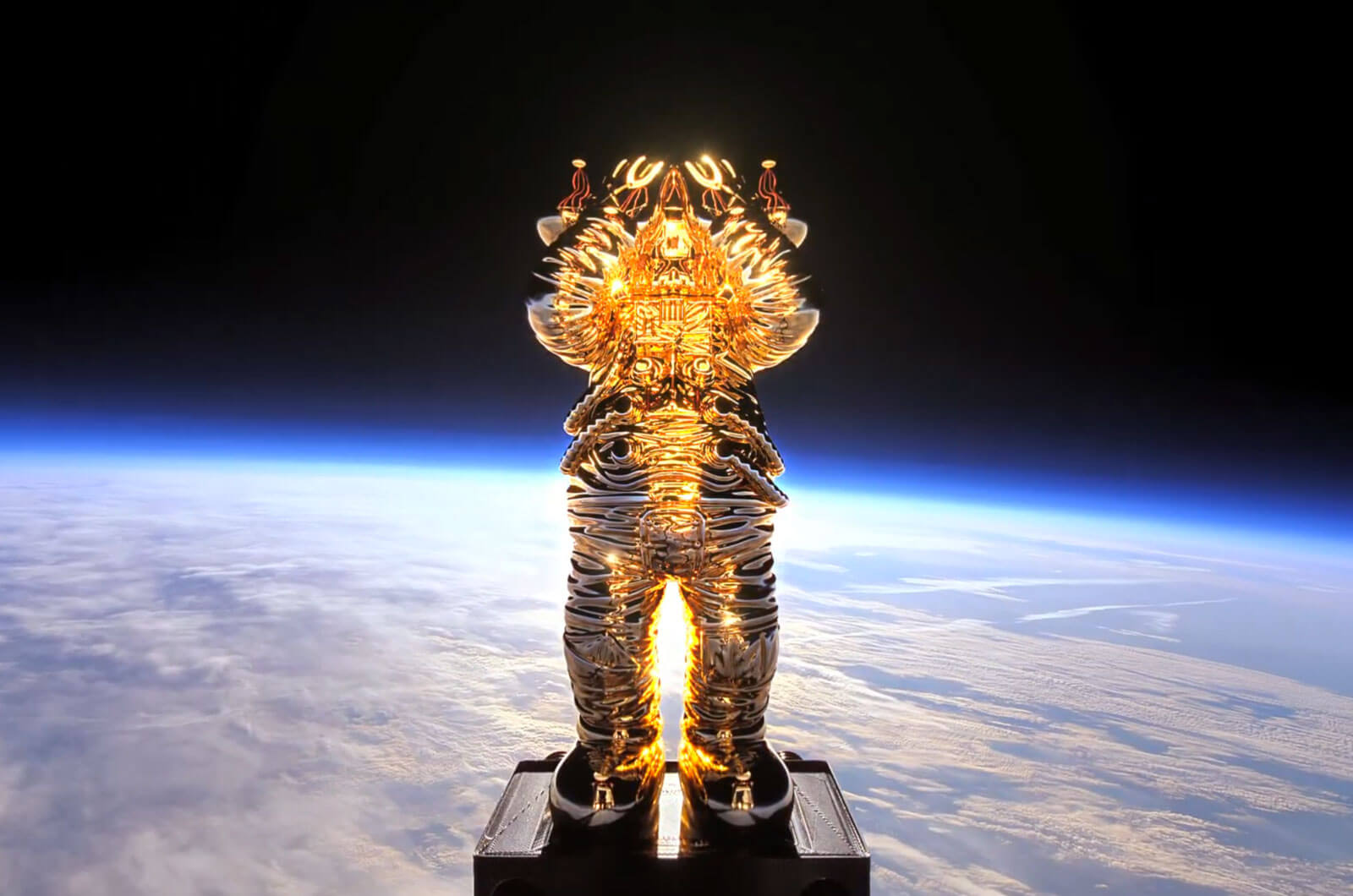 One 2-hour spacewalk for the Kaws Companion, one giant leap for the rest of us.

Kaws celebrates 20 years of his Kaws Companion collectible figure by launching Kaws: Holiday Space. The figure is an extension of his previous releases in Seoul, Taipei, Hong Kong and Japan, and is part of the same series he used to design the MTV Music Video Awards Moonman in 2013.

Kaws: Holiday Space was launched from a sounding balloon on July 13 and was sent 41.5 km into the stratosphere, doing a two-hour spacewalk in zero gravity before returning to Earth. The launch took place and was carried out jointly with AllRightsReserved. 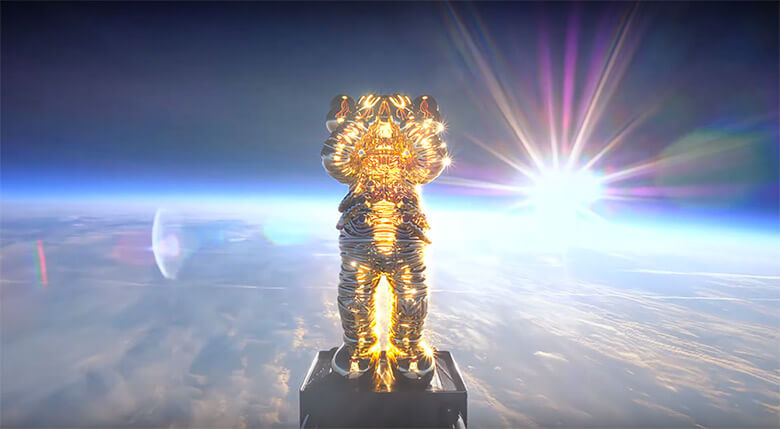 More information on Hypebeast, in the artists own words:
“So many projects have been cancelled this year. I wanted to create one that could be experienced safely from home. Because this year marks 20 years since I created COMPANION, I tried to find a way around all the restrictions and do something special. I felt so confined the past few months that creating a project like this has really given me a chance to escape.”

We’ll leave you with this amazing video.

A SPECIAL TRAIN IN PRAGUE FOR ELNINO