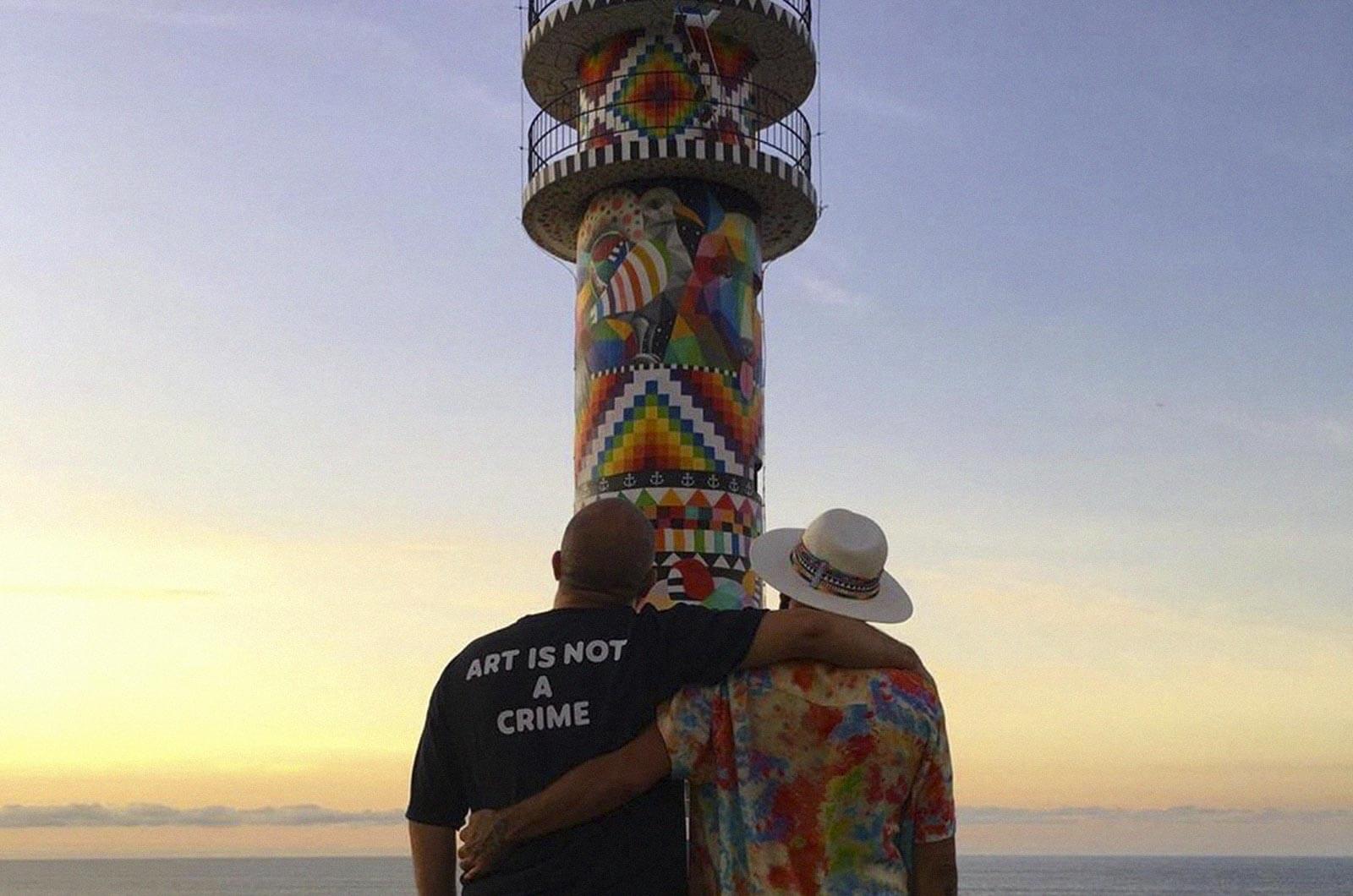 The controversy unleashed by Okuda‘s latest mural at the Ajo lighthouse comes to an end thanks to a brilliant finished piece that led to widespread acceptance.

Throughout the last few weeks, Santander’s most internationally renowned artist was involved in a controversy, coincidentally around a project planned in his native land. The president of the region, Miguel Ángel Revilla, had commissioned Okuda to bring color to the traditionally white Ajo Lighthouse, which has been standing on the Cantabrian coast for almost a century.

It didn’t take long for the initiative to turn political. The United Left party took such opposition to the mural that they brought it to the Attorney General’s Office, and thus followed a cavalcade of criticism from all over Cantabria. The comments that appeared on social media going against Okuda’s artistic intervention ranged from understandable justifications, such as the preservation of the lighthouse’s traditional color, to utter nonsense like claims that the lighthouse would be rendered invisible as a result of the paint job. But the most commonly recurring theme around the project was the € 75,000 budget for the commission, an amount that, laughable if compared to any work of contemporary art, was finally reduced to € 40,000. 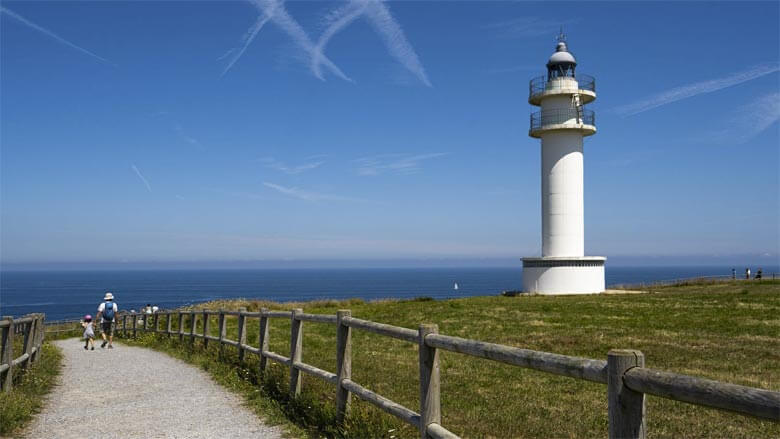 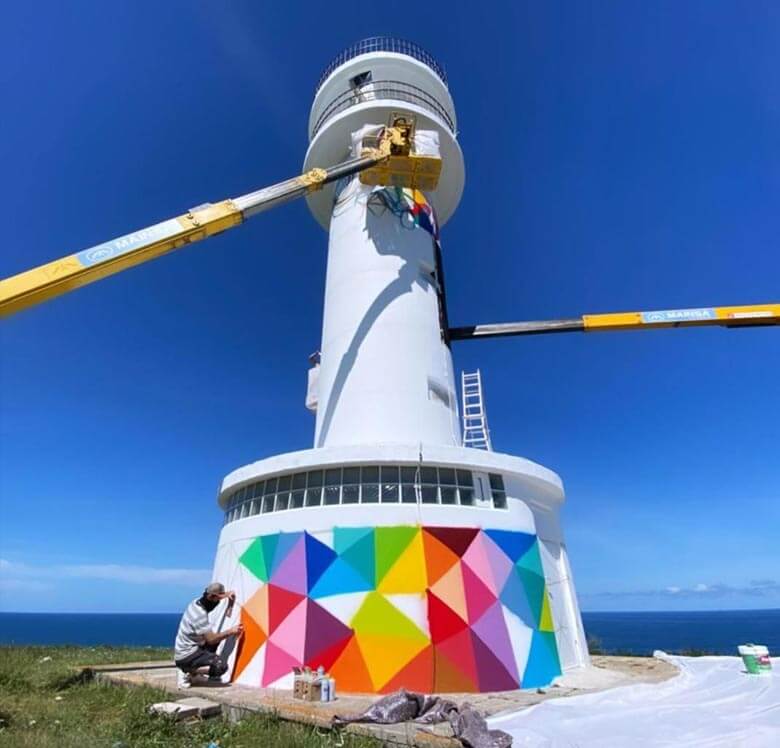 “The lighthouse will be too visible in a natural space where the footprint of man should not be seen” or “the lighthouse will become invisible to ships since it isn’t white”; “The color of the lighthouse has to be the same it’s always been” or “the mural is temporary and therefore not worth it” sum up of some of the contradictory opinions defended by the detractors of the initiative. These same critics viewed the whole topic as a simple question of political positioning, one that triggers social criticism just for the sake of it. The most interesting part is that, this time around, those with the most conservative political views sided with Okuda (maybe since in this case it’s a maneuver to promote tourism), while those who are more left-leaning have tried to undermine his image, despite Okuda being an artist who defends those values which are in line with progressives. 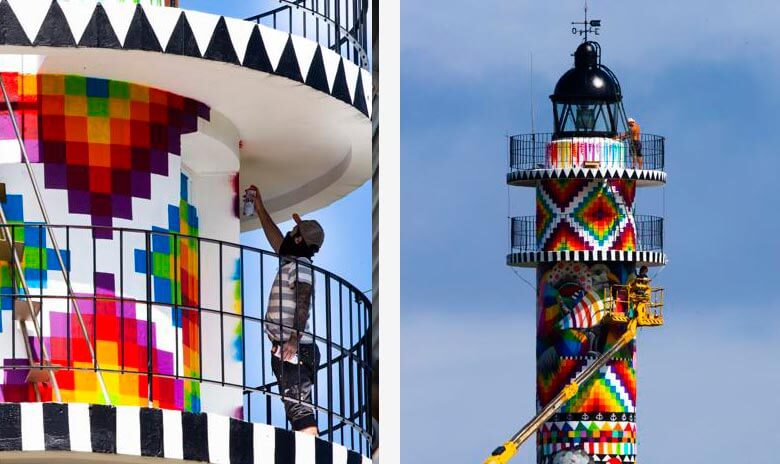 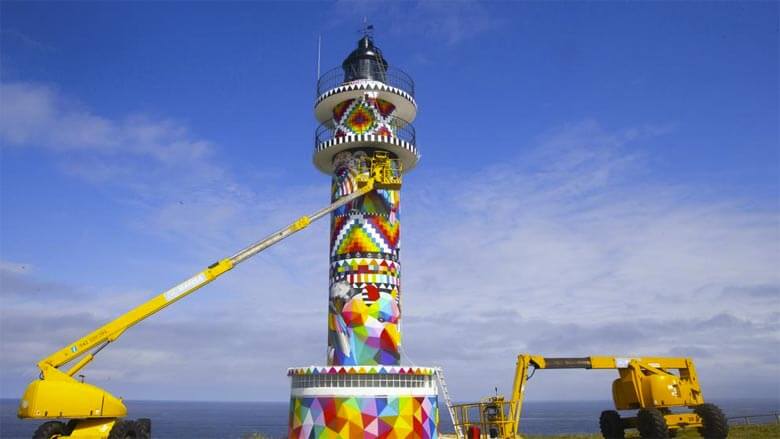 All this controversy, perfectly embodied by the motto “No man is a prophet in his own land,” has been fueled by various media across the Internet. Trying to provide objective and well-founded views on the issue, newspapers such as El País consulted academics for their opinions on Contemporary Art — who were predictably disinterested in urban art and possessed no knowledge about it —  as well as experts in lighthouse architecture, who held a more conservative point of view about the aesthetics that should be applied to a building of these characteristics. The conclusion of the academic opinion: Okuda’s work doesn’t seem to inspire either of them.

But just like in fairy tales, the outcome of this story is endearingly positive — especially from an urban art perspective. In typical Okuda fashion, two days after the controversy, he and his efficient team had already painted the lighthouse from top to bottom; an impressive composition in an array of 72 colors. As a result, the artist’s Instagram collapsed under praise and comments in support of both him and his work. Many of these also encouraged reflection on how everything in this story played out. Sometimes, a society’s critical sense can place hurdles in the way of their own creative advance. And isn’t it true — regardless of what critics, specialists, and newspapers say — that the opinion of the public is what really matters when it comes to this kind of art? 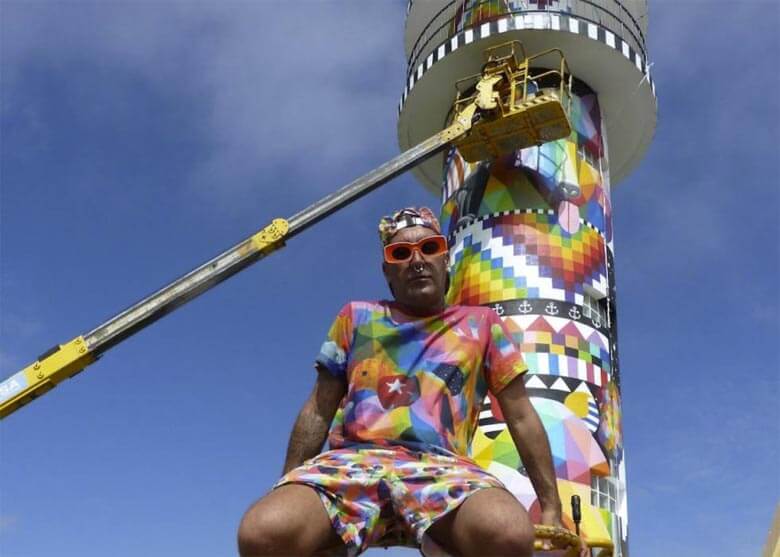