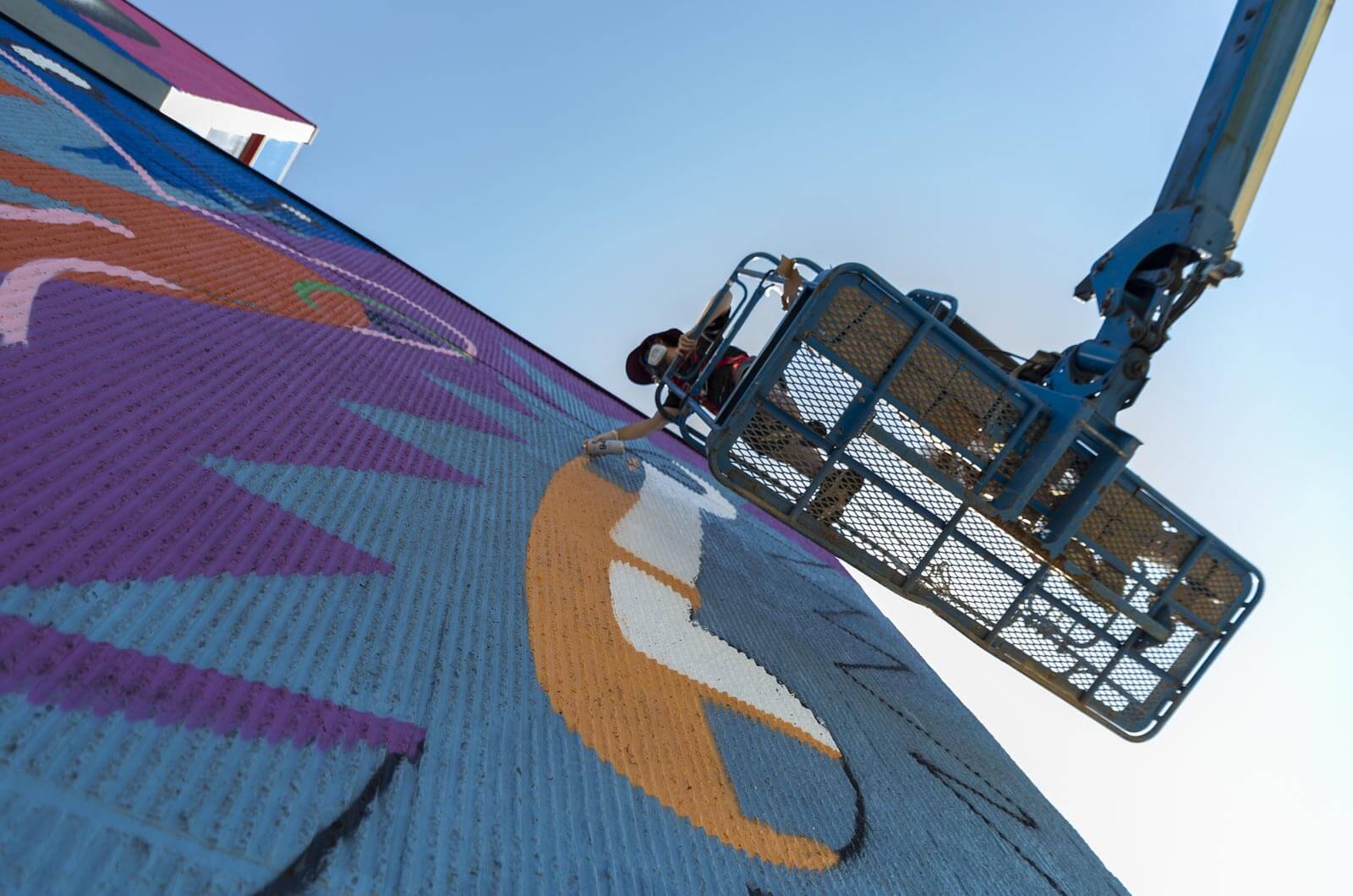 He is one of the most creative multidisciplinary artists in Barcelona, and at the same time, one of the city’s most idiosyncratic writers. That’s why, escaping the “street art” label, Sawe has always tried to keep the streets as his exclusive terrain for graffiti, while all other formats occupied his artistic works — where the only thing they shared was his very own unique aesthetic language.

But the rules are made to be broken, so at the end of July, Sawe’s virtuous hand was called upon by the Bereshit association to paint the facade of CIS, a shopping center in Naples. A commission typical of an urban artist, a label that Sawe has never felt linked to. As he passed through Italy, the Borgo Universo festival — organized by Palomart and held in a small mountain town called Aielli — offered him the opportunity to participate in the event. So, suddenly, the Barcelona man was faced with two great mural productions where his unique imagination, in which surrealism, abstraction, infantilism and graffiti codes are mixed, was able to take on a whole new dimension — with excellent results.

“Amid some disasters caused by earthquakes throughout its history, and the typical depopulation of the countryside, Aielli was in a bit of a slump,” says Sawe about the enclave of the Abruzzo region, where he really enjoyed creating the mural. This circuit of murals around Aielli is part of the rejuvenation that the town is going through. “In the town, people of many different ages have stayed, young and old and full of great energy — and all very grateful to all the visitors that come.” 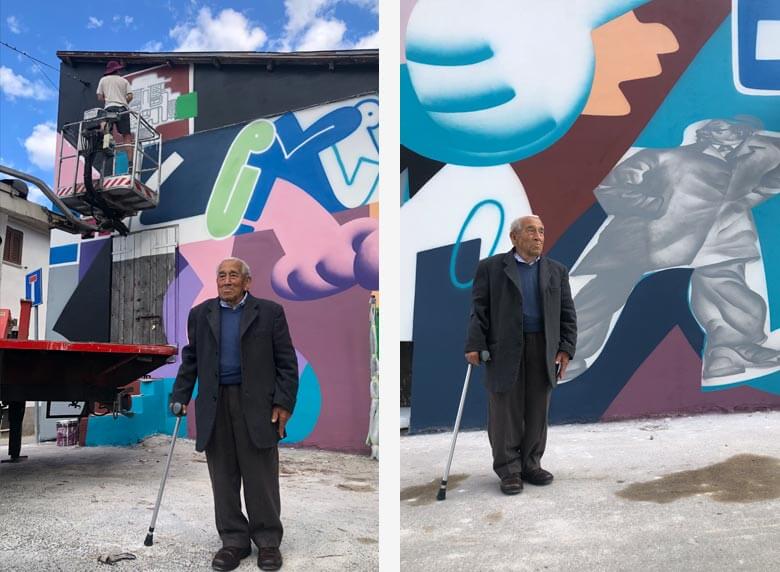 The Barcelona artist describes the friendliness of the people as a highlight of this experience: “It’s been years that someone has brought me a beer or a coffee while I’m painting the street in Barcelona. In Aielli, even 14-year-olds had these very adult gestures of kindness. Very surprising.”

“I feel that street art or urban art or whatever you want to call it, is a label that has never excited me, but little by little I try to remove the barriers that I’ve placed on myself.“

When talking about the best part of these commissions, Sawe is sincere: “On the one hand, coming out of quarantine and traveling for work has been an immense pleasure. It’s too bad that I had to wear a mask even though I was up there doing these huge murals. On the other hand, it’s been many years since I’ve painted such large walls. I don’t know if I’ve consciously avoided them, or that I’ve oriented myself towards a different work environment (animation). I feel that street art or urban art or whatever you want to call it, is a label that has never excited me, but little by little I try to remove the barriers that I’ve placed on myself. I have to accept that I have always gone to great lengths for drawing — I’ve done it in many different formats, professionally or not. And so why not muralism as well? It can also be something that I enjoy. ” 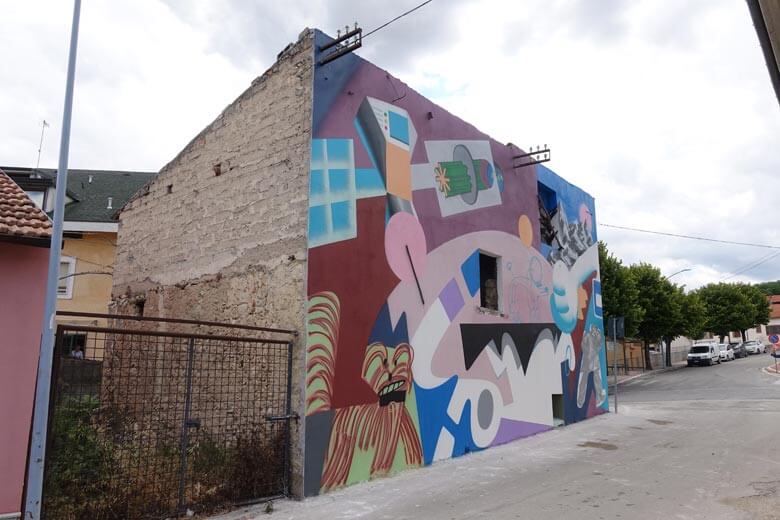 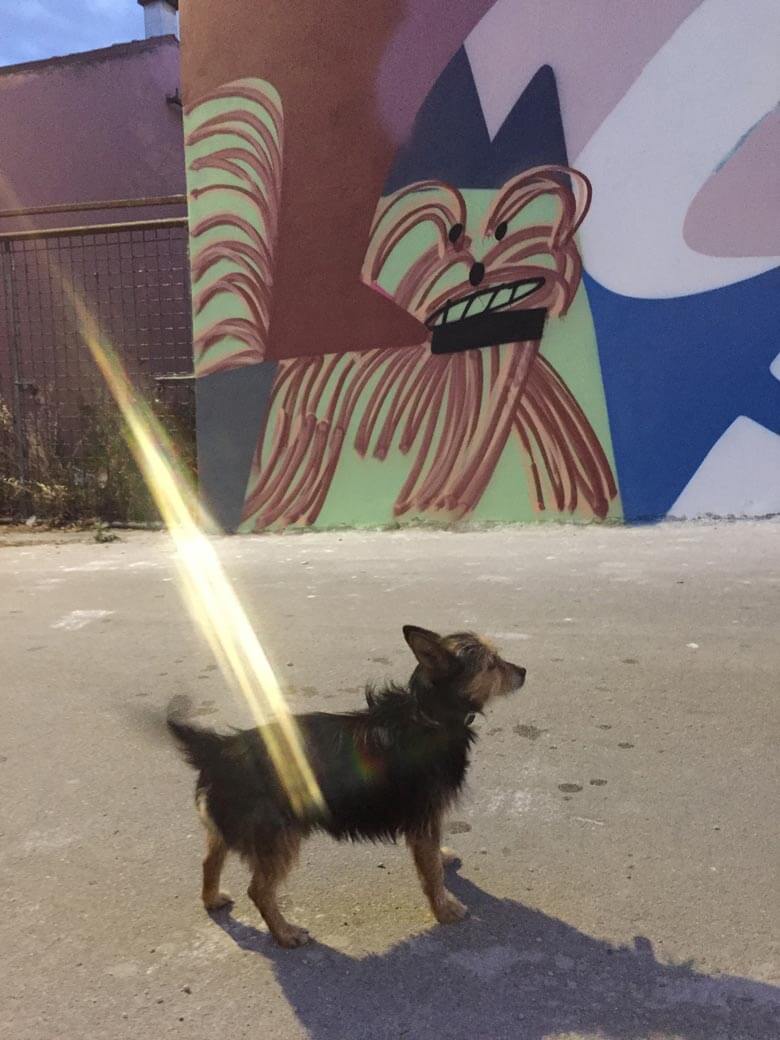