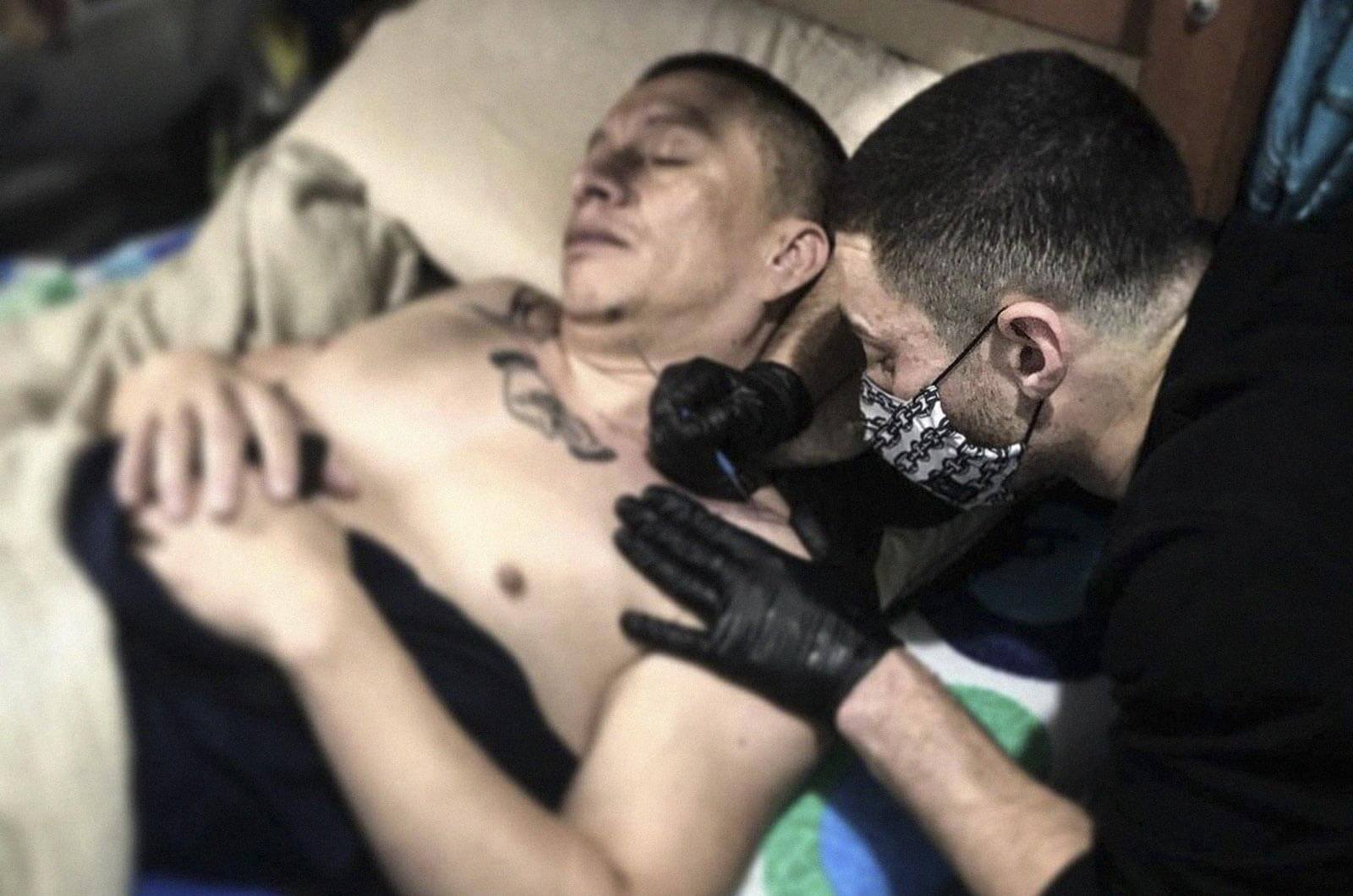 This is the story of a French citizen who, forced to serve a sentence in La Picota prison, Bogotá, has mastered the hand-poked tattoo to survive and establish his status behind bars. His handle – – Inocent Kidd – is even more ironic when we consider that he’s a graffiti writer. His incredible experience has made him a prison tattoo icon, he’s even launched his own line of merch and soon, a book detailing his journey. Mtn-world were able to contact Innocent Kidd to find out more about this fascinating story.

“When I was 13 or 14 years old, I started painting trains. Listening to tracks by Hurto at that time was always going to encourage me to hit steel.”

You’ve got fame for tattoos, but tell us about your life as a graffiti writer.
I always kept my life as a writer on the down low, I never published anything on social networks or in magazines. I started painting in 2006 in my city in France and in Asturias, where I have family. I started on the street, but very quickly when I was 13 or 14 years old, I started painting trains and I got into trains. Listening to tracks by Hurto at that time was always going to encourage me to hit steel. My first trains were FEVEs in Asturias and loads of SNCF trains in my city, Lyon. I painted several subway systems and trains in various cities around Europe. I’ve got good memories of the subways in Naples with my friend the SOM, Lisbon with COLA and Madrid with my panas the TBR – shout out Lacos, Zune, Waze and Nids. Here in Colombia I was able to paint the Medellín metro, a few years before I was locked up. Since there are no overground trains in this country, I got back into throw-ups and silvers on the street. 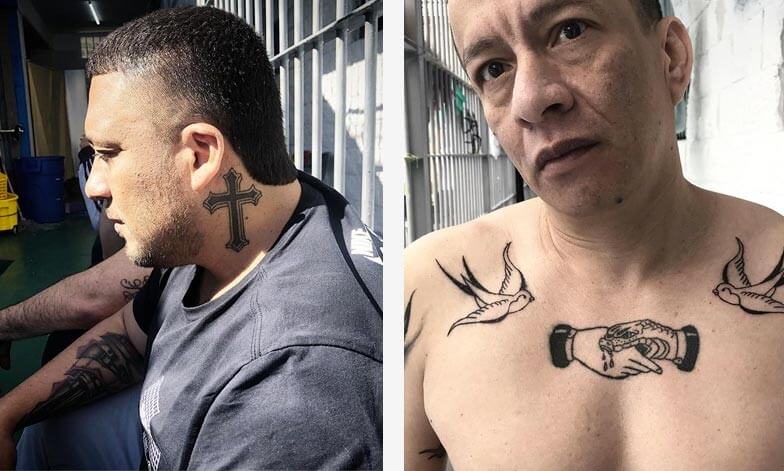 What’s up with your prison sentence?
At the moment I’m awaiting extradition to Europe, I’ve not been sentenced yet. I had an international arrest warrant from Interpol and I’ve been waiting to be processed for almost 17 months. But in this country, where justice and paperwork is very slow, during a pandemic: here I am, still waiting.

Most of the prison population are drug traffickers. They are more businessmen than gang members, haha!

What is it like for a European in a prison like yours?
For a European it is not easy at all to end up in a jail in Latin America. Here, people know everyone by a name or nickname, if anyone arrives and nobody knows anything about them, they might be suspected of being a snitch. For me it wasn’t easy at first, but because I speak the language, I knew how to make friends and through the tattoos, I’ve made the rest of the inmates trust me a little more. The most important thing is avoiding other people’s conversations and gossiping, minding your own business. That’s the most important thing in a jail, wherever it may be.

Is there racism in jail?
There is no racism as such, especially in the courtyard where I am, there is a lot of respect here. Even paramilitaries and guerrillas play Parcheesi together, hahaha! In reality, everything is very quiet since we are all Interpol or DEA cases, there is no common criminals. 70% of the prison population in this courtyard are older people, so there aren’t any young people who need to show who they are with violence. Most are drug traffickers. They are more businessmen than gang members, haha! 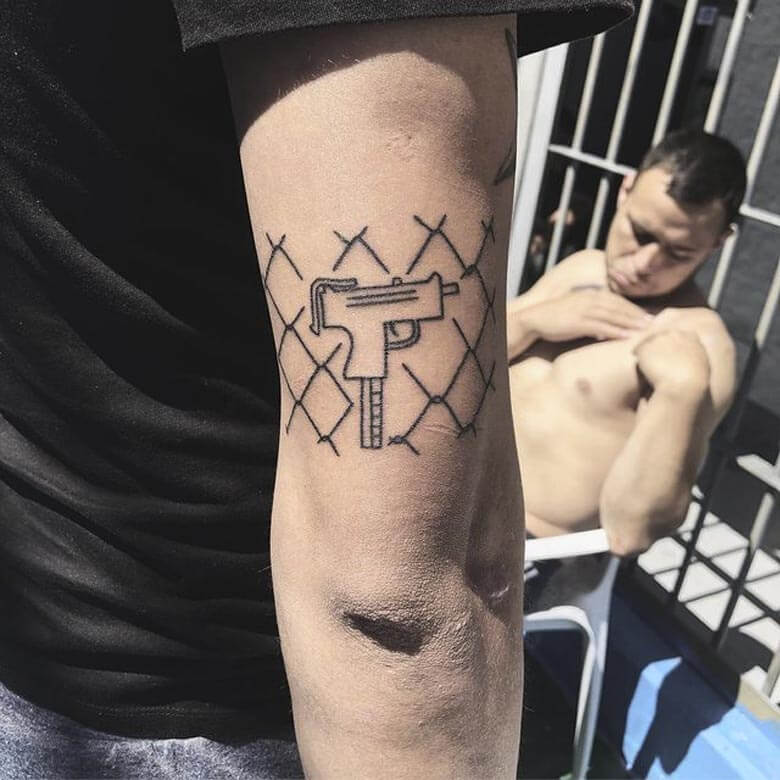 How important has your experience in graffiti been in developing the tattoo?
My tattoo style is clearly influenced by my graffiti. Very graphic, almost minimalist, simple things that can be understood at a glance. In fact, I feel similar when I’m tattooing and painting graffiti: I know that my piece will travel. Because we’re all awaiting extradition, I know that if I tattoo someone, very soon they will be in another country showing off their tattoo and explaining who did it and how. I think that a tattoo, like graffiti, marks a moment, a story, a memory.

Has it been useful for building relationships with the other prisoners?
Before I got the tattoo supplies to be able to make money and pass the time, I started selling graffiti. I got some sharpies and began to write the names of the prisoners’ family on sheets of paper, and sold the pieces. I also did painted pieces in some cells, the “cambuches” where we sleep, where we have our privacy.

What do the other prisoners think about graffiti?
Everyone likes my graffiti. Everyone quickly found out that I painted and they came to ask me for names, haha! I tried to organize a spray paint lettering project on the courtyard wall but they never gave me permission.

“For me graffiti is something very different from organized crime, although subway missions do need preparation”

What relationship do you see between tattoos, graffiti and crime?
Let’s say that for me, they are very different things. For most people they do have a relationship, since tattoos are often characterized as something that was used by outcasts, criminals and convicts. Like graffiti, many people see this as an act of crime, something negative that the lower class of society usually does, but in reality it is only painting. For me it is something very different from organized crime, although subway missions do need preparation, and avoiding sensors and cameras makes it appear very criminal. But it’s not to make money, it is a hobby; a way to have a laugh with friends and enjoy yourself. 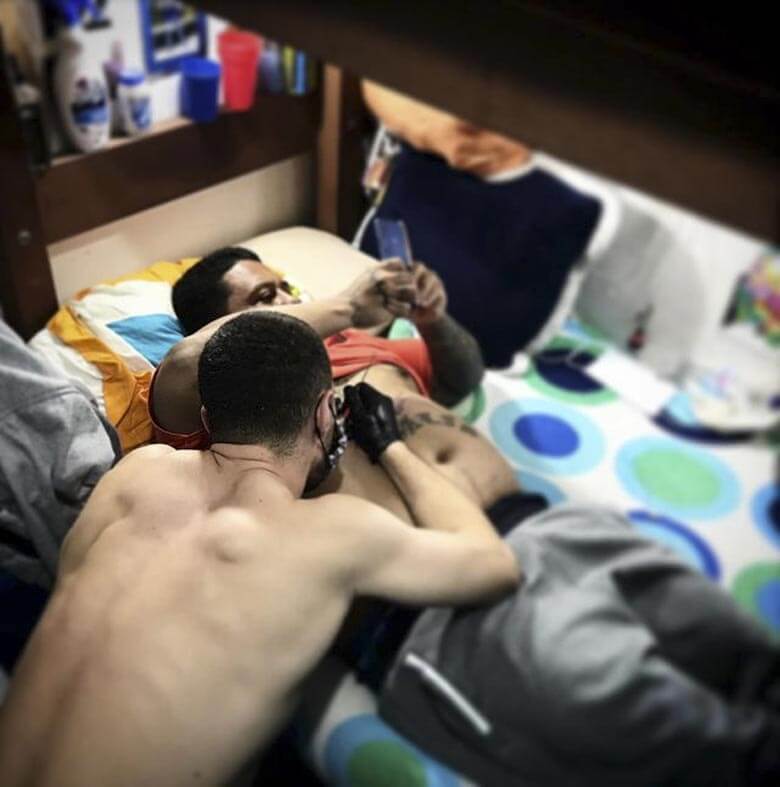 Any bad experiences in jail?
Bad experiences: a fight because I didn’t want to give another prisoner a cigarette. This virus that has meant no visitors since last March. The food ?.

The most curious thing you have ever tattooed?
I had to tattoo hair on a man, haha! He had scars all over his head and he asked me to fill it in to make it look like the rest of his hair … that’s the weirdest thing I’ve ever tattooed, hands down. 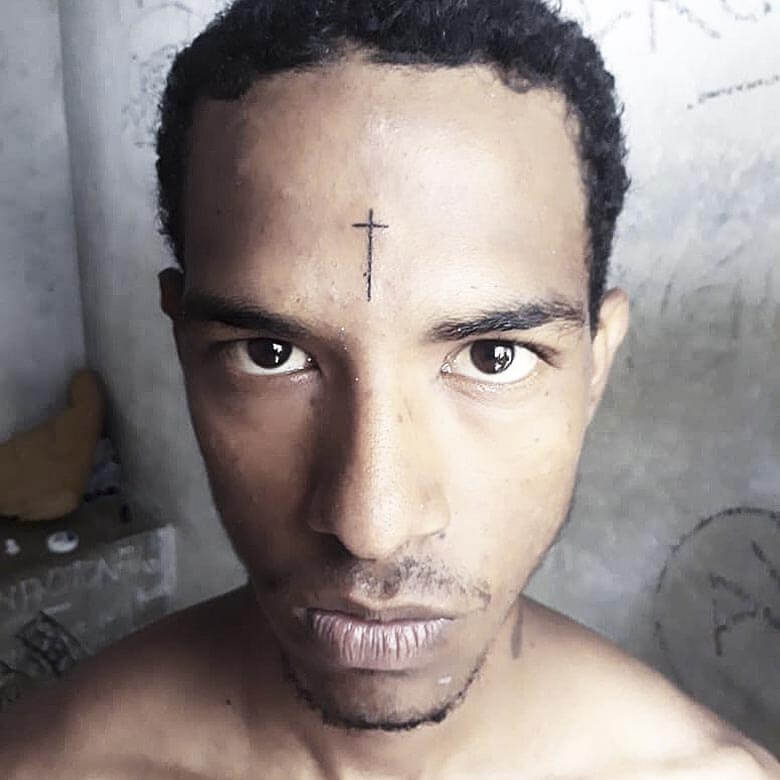