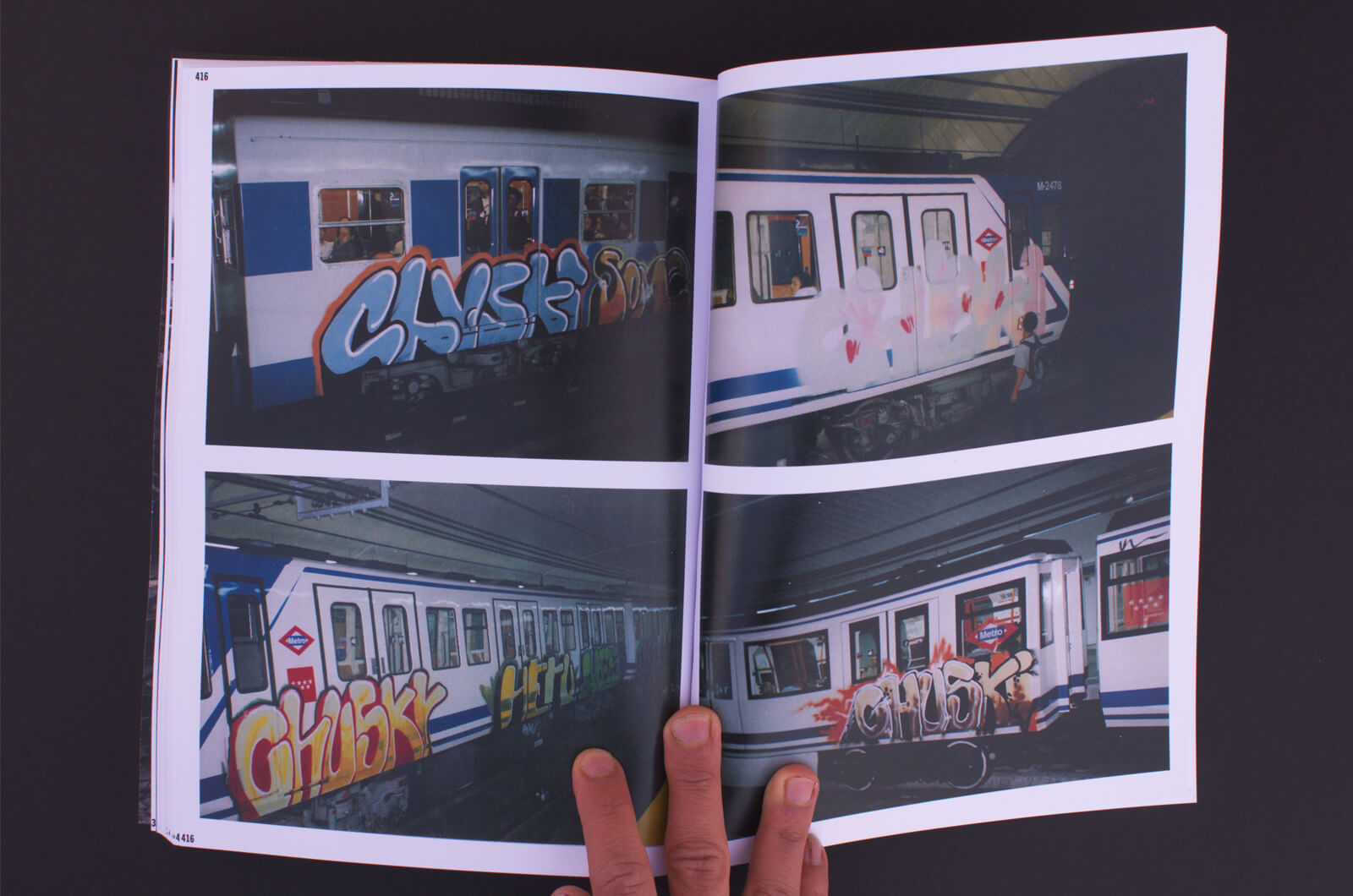 YKSUHC is the title of a new book which compiles the surrealist graffiti of Chusky. Fettuccini Ediciones & Optim combine to showcase the original work of this prolific writer from Madrid in an upcoming 400-page book. A Verkami crowdfunding campaign has been launched to cover production costs, with a series of rewards for contributors based on the amounts invested in the project. MTN World got in touch with Miguel Monzón, who worked on the book’s design and layout, as well as Chusky himself.

“From 1998 to 2021, Chusky has painted rooftops, trains, railway tracks, subway tunnels and the streets of various different cities such as Madrid, Athens, Milan, Santiago de Chile, Cuzco and New York. The pages contain a selection of exclusive material, focused mainly on the different names and visual codes that he’s used, his evolution and his journey, including the work of peers like Buni, Higos, Fach, Rhed and Kami.”

‘Graffiti pops up everywhere, you don’t have to go looking for it, it exists right in your face and yells, here I am! Even if you don’t want to listen.’

For anyone not familiar with the writer Chusky, could you describe the artist and the role he’s played in the graffiti scenes inside and outside of Madrid?

Miguel: Chusky is a benchmark on the Madrid scene. Apart from being very active, what has always caught my attention is his style and bravery. He has a very colorful and complex style that’s not very common in street graffiti. He’s dared to paint walls and shutters in prominent places with characters and many colors. What some people do in murals, this guy painted the heart of Madrid. I have caught his pieces in Europe too, they are easily recognizable.
Ch: I don’t think I’m very influential in any scene, inside or outside of Madrid. I’ve simply tried to do my thing since I started, developing over time in various artistic facets without neglecting the practice of graffiti, always trying to study and learn from each discipline, recognizing its nuances. This book is a way to share my work. 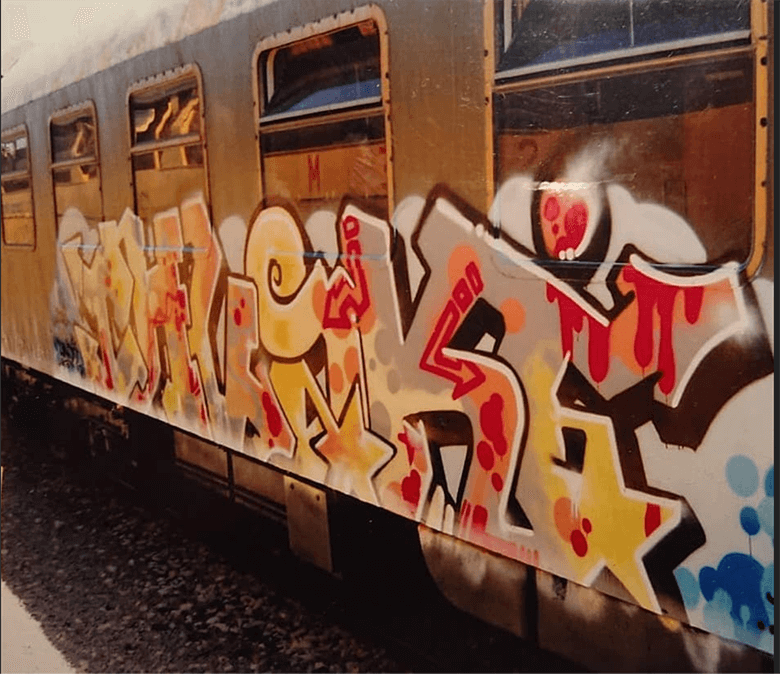 ‘I don’t think I’m very influential in any scene, inside or outside of Madrid. I’ve simply tried to do my thing since I started…’

Why did you decide to make a book? What does this publication have that hasn’t been published in other graffiti books?

Miguel: I wanted to make about Chusky because of his unique style. I believe that he is one of the writers from the city of Madrid who’s had one of the most interesting careers. As a lover of graffiti books, it seemed to me that something different could be done.
The book offers a fairly extensive retrospective view. It’s a compilation focused on the trajectory of a specific writer on the national scene, which is very unusual and even more so collected in a format with these characteristics and this length.
In some other graffiti books, the author’s words are constantly present, however, this is a book that allows us to get to know the artist and his work not just through the photographs, but also through the testimonies and stories of other people. 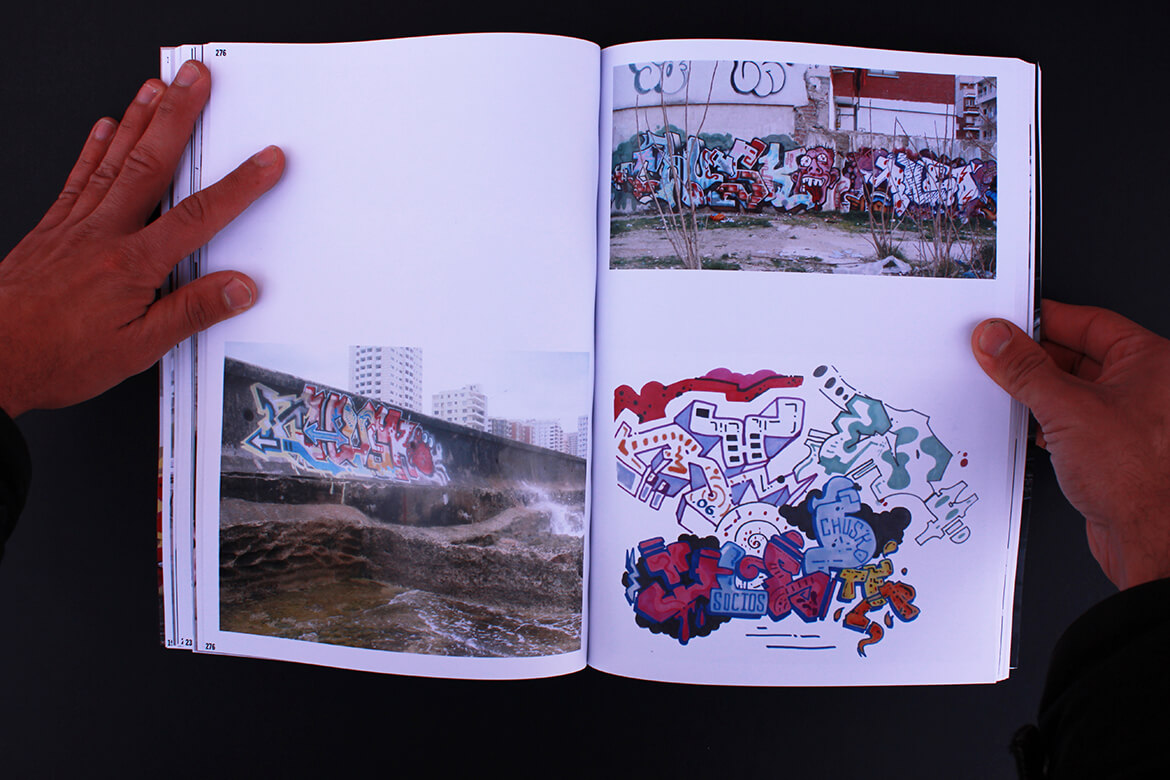 In Chusky’s work, an orthodox graffiti practice coexists with pictorial art in conventional formats, united by a common style to some extent. What are the differences when you create in these two different areas? What elements are common in both?

CH: The main difference is the context, without a doubt.
The elements that can be maintained in these two areas are the psychology and physiognomy of these characters that make up the pieces. The gestures and the use of color on occasions. In the studio, everything is usually more measured than in the street.

Is there a different motivation when doing graffiti and when painting canvases? What role does the target audience play in each case?

CH: Yes, the motivations are different between these two disciplines, but the public is not necessarily a conditioning factor for the way in which something is done. For me, the possibilities that graffiti allows is a motivation. This doesn’t happen with work that is exhibited in a show, that you have to go see in a space that’s been designed to exhibit art. Graffiti pops up everywhere, you don’t have to go looking for it, it exists right in your face and yells, here I am! Even if you don’t want to listen.
On the other hand, studio work is almost always more reflective, slower (although not necessarily) but it’s produced in different moods, that’s certain. 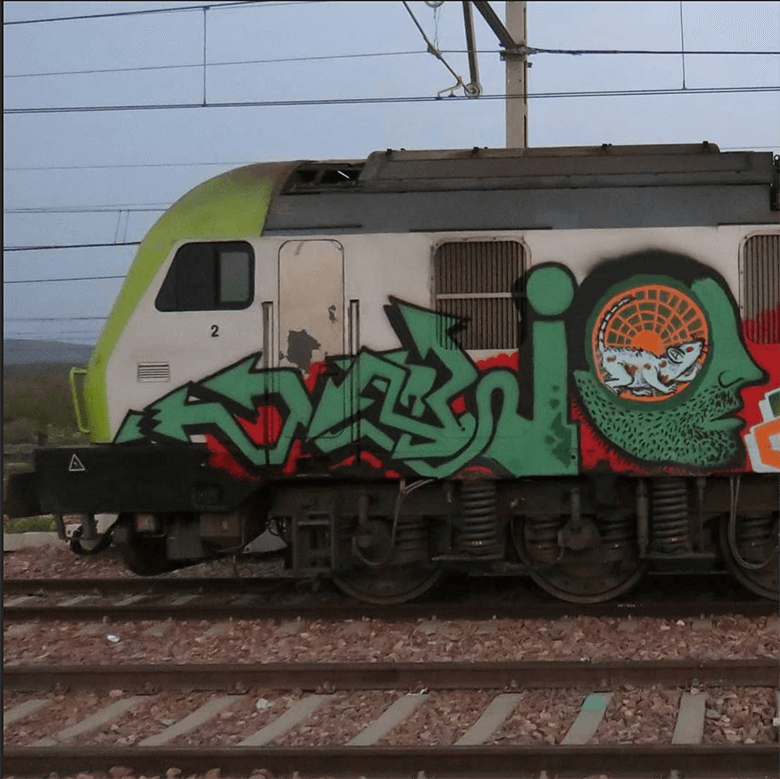 ‘You create or recreate atmospheres through words, they’re a good tool for imagination and food for knowledge.’

Are there formal influences on Chusky’s graffiti and art? What writers and artists are we talking about?

Ch: Yes, of course there are. I could be talking for hours about all the graffiti artists and writers that have passed through my retina and impressed me. Consciously and unconsciously I have tried to retain and learn something from each of them. A quick list of key writers that I recognize that have influenced me could go like this: Blade, Dondi, Tracy168, Phase2, Slave, Rhed, Sento, AOK , RIS, COD and the CAP crew.
And to mention several painters: Andrés Rabago (El roto), Paula Rego, Eduardo Arroyo, Luis Gordillo and Nancy Spero.

CH: They help you to understand and put yourself in the shoes of the writers. You can submerge yourself into the places, perceive the surroundings more closely and everything that’s behind that photo or that graffiti. You create or recreate atmospheres through words, they’re a good tool for imagination and food for knowledge.
Miguel: As Chusky explains, they help to connect with graffiti artists in a certain way. I think that the graffiti scene is very special, which produced outrageous stories that are always interesting to read. The testimonies told by people close to Chusky help to understand him better and allow you to get to know him a little more closely. 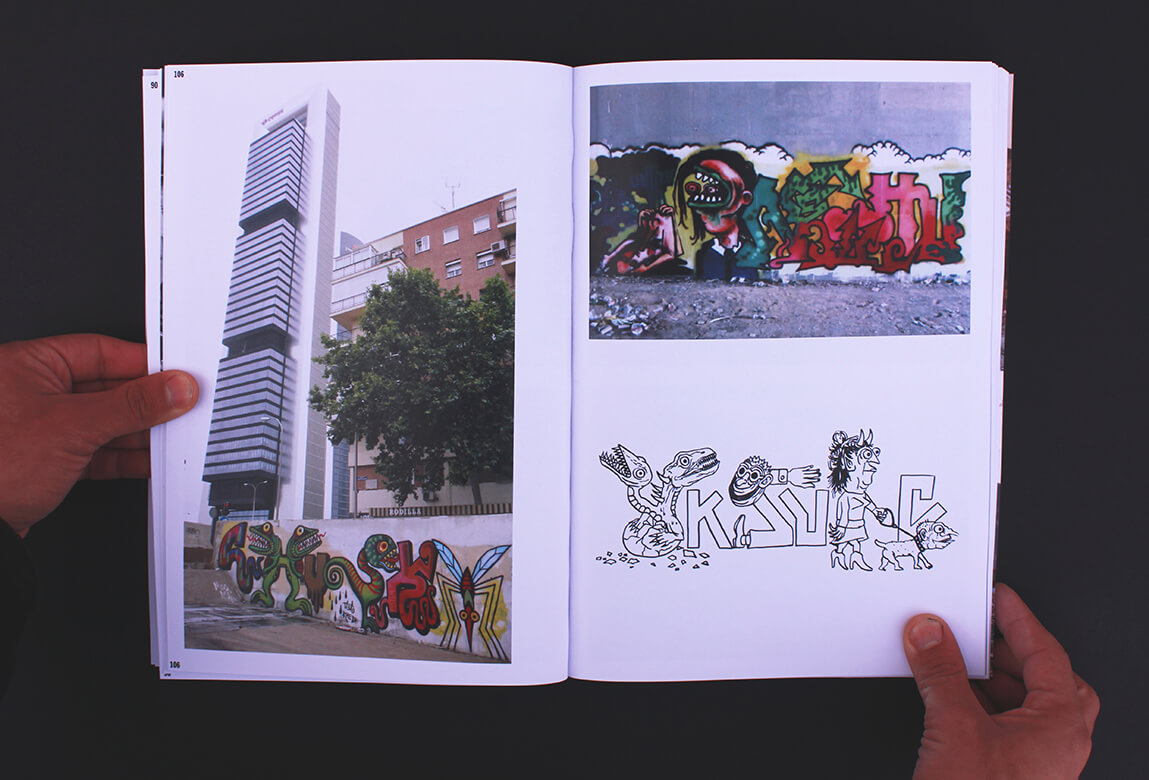 Tell us a little about the process of creating the book. How did you decide on the contents, the design, the layout and the cover? What was the hardest part?

Miguel: It was a long process. In the beginning it was chaos thanks to the excess of material that Chusky had. We could have easily done five books.
The content was more Chusky’s thing, since he has emotional attachments to the pieces that I couldn’t see or understand. As for the design and layout of the book, I proposed a design that was closer to art books than to classic graffiti books. A book with enough white space so the photos could breathe, since his material is intense in itself. We were sharing ideas and polishing it little by little, it wasn’t easy, but we made it happen.
Ch: The hardest part for me was deciding what to keep and what to leave out of the content. It contains material that brings back memories and sometimes my perception of the photos is more connected to my memory than the image, regardless of the quality of the photo. This caused a few headaches, trying to make decisions consistent with what we wanted to do whilst assuming that this perception is subjective. It has been a fight to the end.

Do you think that the world of graffiti books is an attractive sector for publishers and consumers alike?

Michael: Of course. There’s enormous potential.
Ch: Yes, much remains to be done.

A couple of books about graffiti that special?

Miguel: TROMA by Fume2 and the Book of SAEIO, for giving a different perspective.
Ch: DONDI WHITE AND SUBWAY ART, both very good in content and in all aspects of design and layout.

Order your copy of this unique publication through the Verkami campaign page.
Need MTN supplies in the Spanish capital? Look no further than the MTN Shop Madrid!