WE INTERVIEWED NEGROE, THE BRAIN BEHIND CORBETA HALCÓN 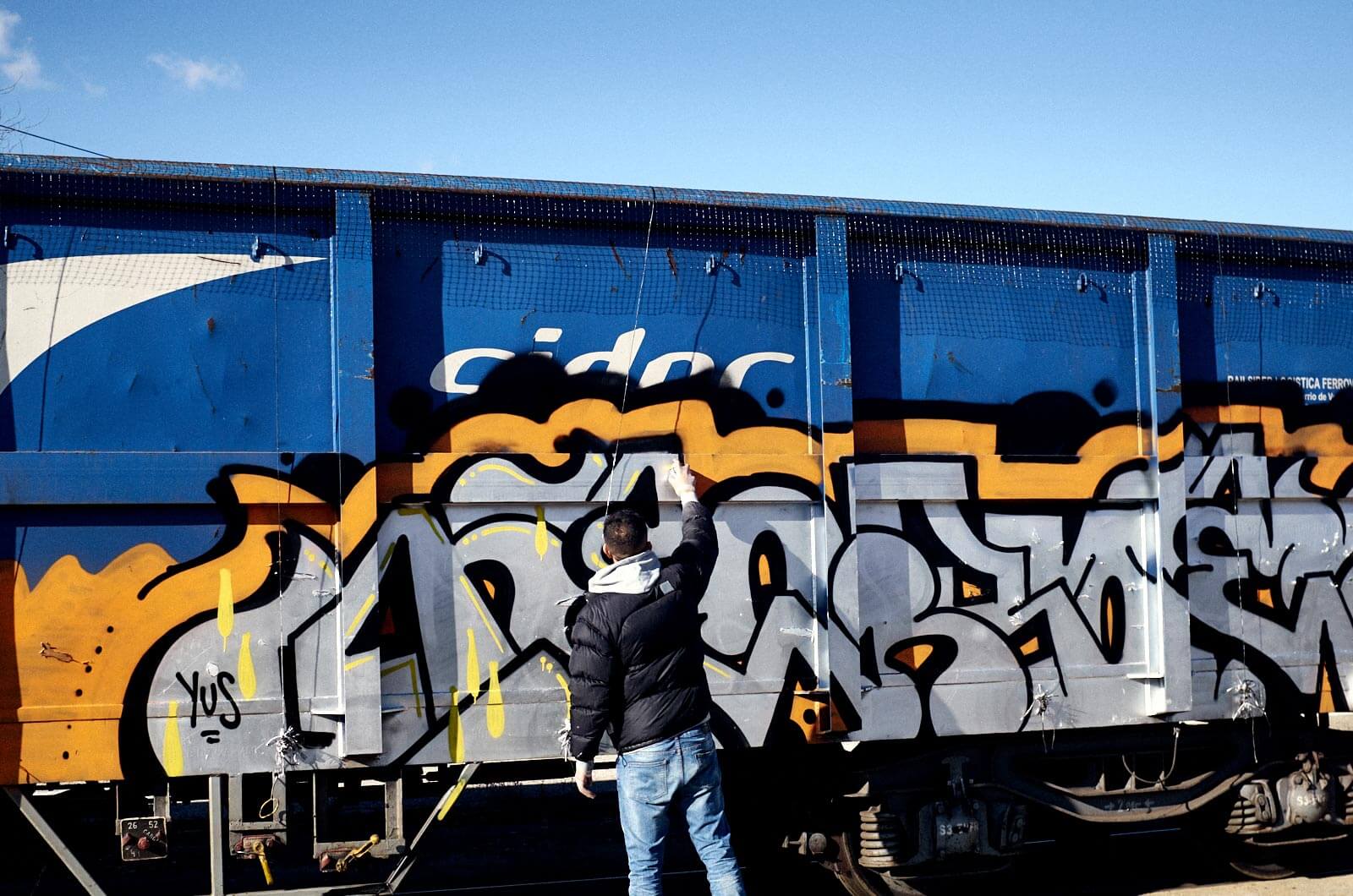 Corbeta Halcón, probably the most emblematic crew on the Buenos Aires urban scene, is presenting the FOBAL exhibition this Friday, May 31st, at the La Causa Gallery in Madrid. It’s been two years since Corbeta exhibited at Montana Gallery Barcelona, where they demonstrated the diverse and family-like character that gives meaning to their crew. So, we interviewed the patriarch, Negroe, the Buenos Aires-Madrilenian writer who’s lurking behind all this Argentine soap opera of style, friendship and football.

Corbeta Halcón is a collective that is difficult to define. How did the idea of the crew come about and how has it evolved?

Corbeta emerged from something spontaneous and the original idea had nothing to do with what it ended up being. We never had the intention of being an artistic collective or crew, or anything like that. It was around the time of Tumblr and blogs (2009/2010). El gordo and I followed Velvet Liga a lot, Pantone and Omar’s pages, (which had interesting content from the European and international scenes), graphic stuff, music and art in general. We wanted to do something like that but 100% Argentinian to put our scene on the map.

“el Chino told me the story of Hipólito Bouchard, a French antimonarchic corsair who was serving Argentina and was aboard the Corbeta Halcón, creating kilombos throughout Latin America, fighting against slave ships and ended up on the California coast.“

One day el Chino told me the story of Hipólito Bouchard, a French antimonarchic corsair who was serving Argentina and was aboard the Corbeta Halcón, creating kilombos throughout Latin America, fighting against slave ships and ended up on the California coast, where he fought with the gringos and won. There, he planted the Argentine flag, so for 6 days, California was Argentina. Actually, at that time I was on board another ship called La Argentina, but I thought the story was epic and very similar to what we writers do when we land in an unknown city; we arrive, destroy everything and go, having planted your flag until you are thrown out.

At that time we were painting full throttle on tour and took photos everything we did regardless of the result, and we would dump it all on tumblr mixed with Argentinian codes and other influences that we each liked. We shared the page’s password with a couple of friends and started a frantic rhythm of posts  that allowed us to mutually rest and shit ourselves with laughter. What was supposed to be a “Cheto” blog became a kind of photo diary of our lives, and most of us were writers of different communities and nationalities. People began to follow it and we started to write the acronym in the streets, and from there the rest is history. 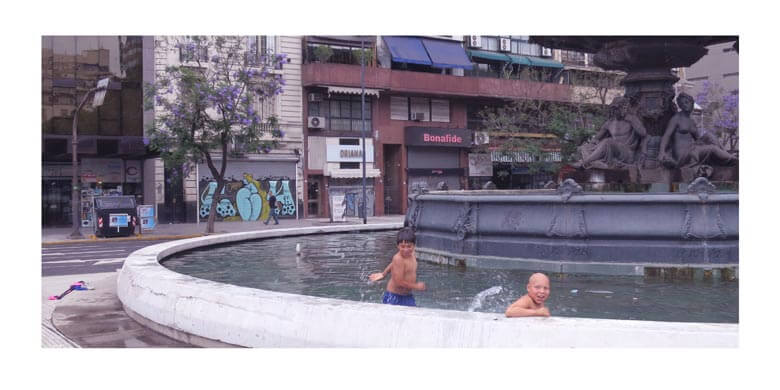 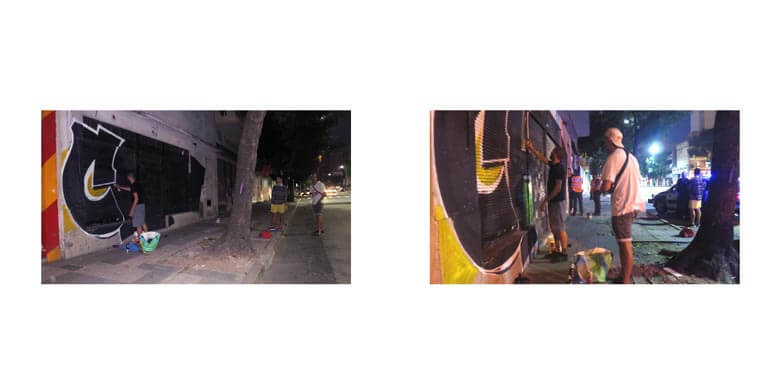 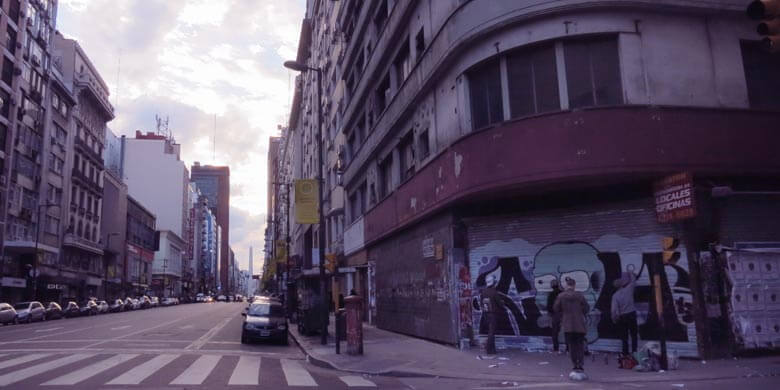 I will have to get that to you later because we’re a gang and I’m sure I’ll forget some of them, and they’ll get angry later. Then, there are others who are already over it and see it as something distant because they’re onto other things. In short, we are a collection of writers, artists, tattoo artists, musicians and people from the audiovisual and artisanal sectors. Whoever wants to name them all should investigate. 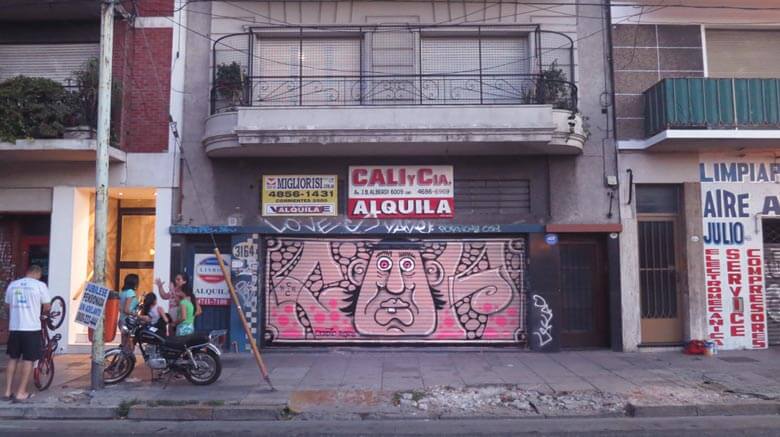 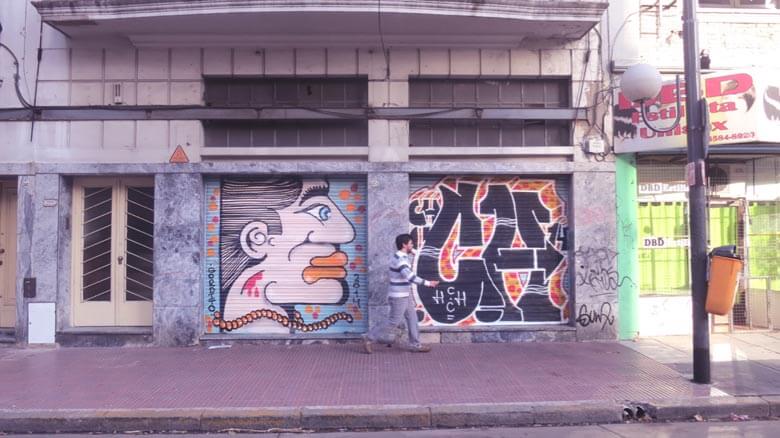 Many writers become artists, but many more are over becoming artists. What do you think has more merit?

Truthfully I don’t think it’s a question of merit, but of preferences and tastes in life. Time goes by and people get bored with graffiti, it becomes less important to them and they search for something else or they don’t want to get into any more trouble.

“Personally I didn’t get tired of writing and I still think it’s the best in the world, but I also don’t think it gives me more merit.”

I always see evolution as something positive, whether you switch to art, tattooing, music, film or whatever. In general, Art is considered something more serious and adult-like, while continuing to write can be viewed as being childish, depending on who sees it.

Personally I didn’t get tired of writing and I still think it’s the best in the world, but I also don’t think it gives me more merit. The same goes for those who look down on you because you keep on doing it. That’s an attitude that can kiss my royal balls. I’m very happy being childish every time I paint. 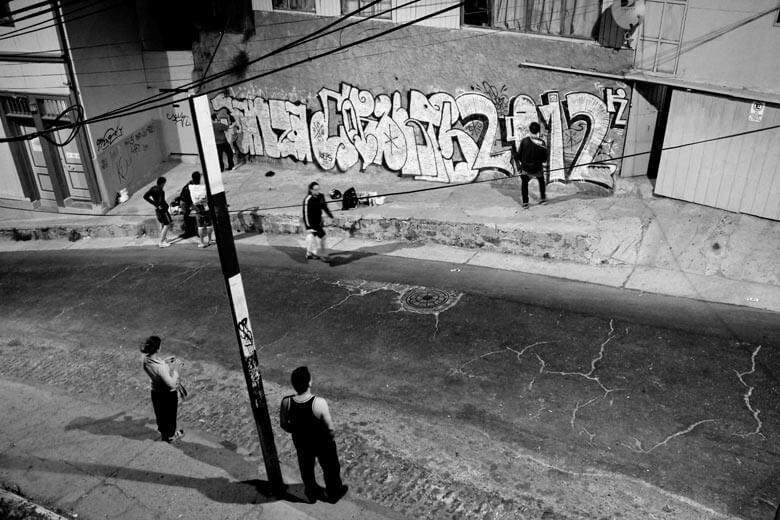 You are one of the CH members that stands out the most as a writer and not as an artist. How is that?

It’s because, as I was saying to you, graffiti still satisfies me. I’d rather go on a trip to paint panels or my “freighties” than to paint a picture. I love what the kids are doing and I visit all the kilombos I can that have artistic-related projects going on. After all, creativity is what feeds me, but I’m more about organizing and developing projects than making art itself, although I don’t rule it out for the future either. 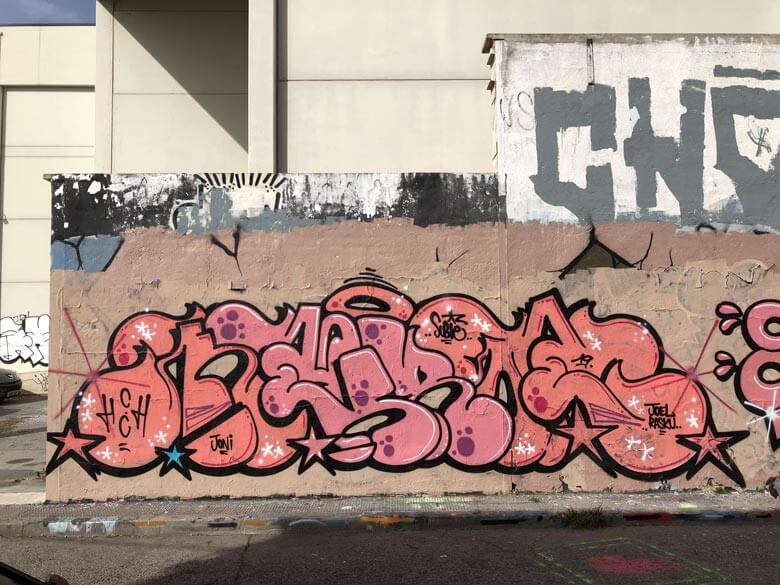 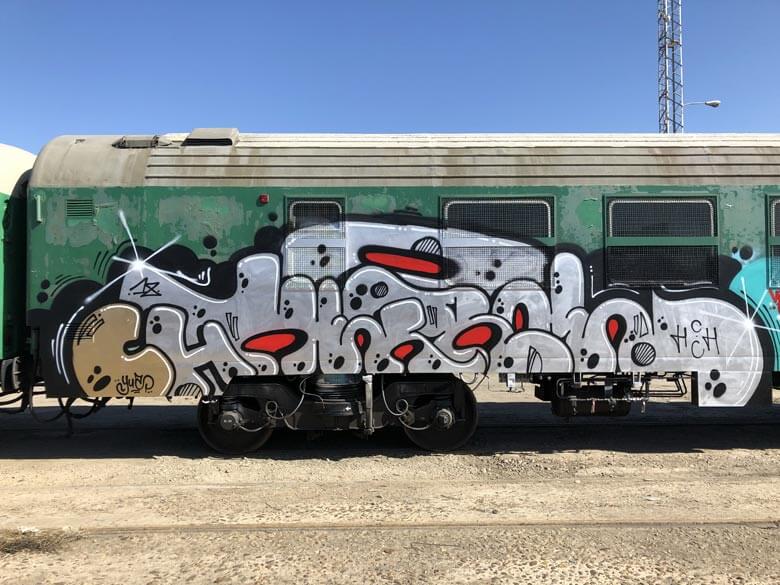 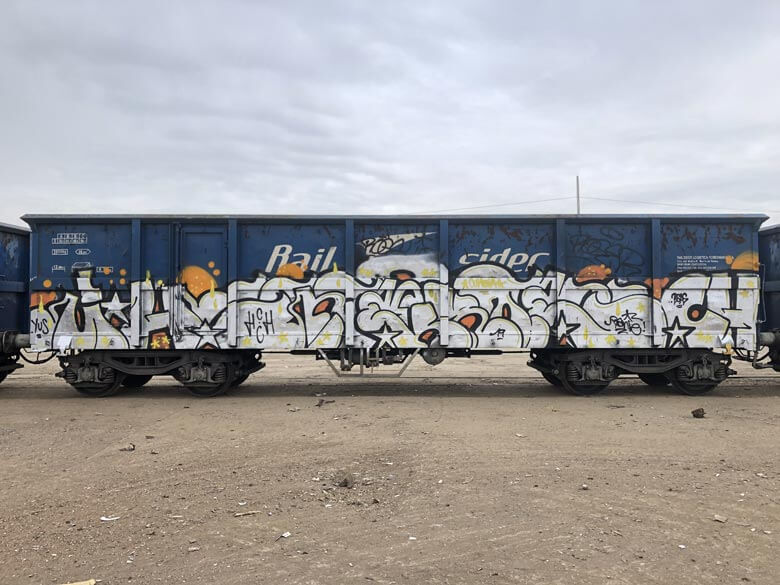 Some members of the crew have pointed out you as the person who coordinates the crew from the shadows. Is there any truth in that?

Hahaha, I love that they tell you that. Actually I think of ideas and bug the others so we can carry them out. They must not be such bad ideas because they tend to listen to me, although I’m sure it gets on their nerves sometimes too.
As long as they keep pushing me, I will keep proposing and doing things.

“I never understood those mega-groups of people who don’t know each other just to show off.”

Are all the members of CH Argentineans? Why?

Not at all, there are Corbetas of various nationalities, although most of them are Argentines. What is certain is that everyone has passed through Argentina and experienced what it is like to live there or at least share some time with us and our lifestyle, otherwise it wouldn’t make any sense.

Do they all know each other?

Yes, as I said, otherwise it wouldn’t make sense, I never understood those mega-groups of people who don’t know each other just to show off, here, for better or for worse, we all know each other. 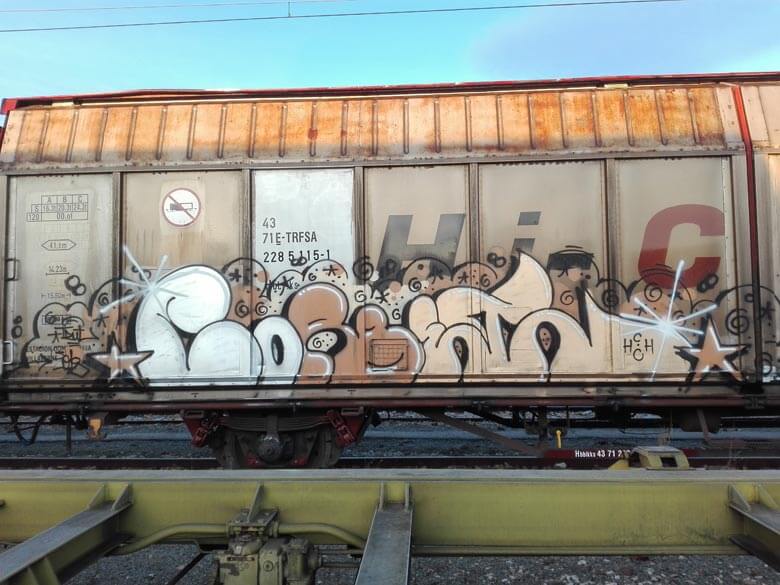 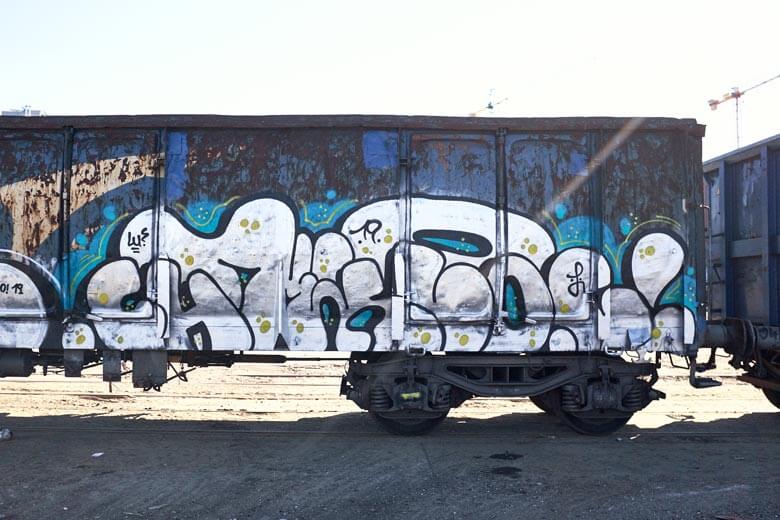 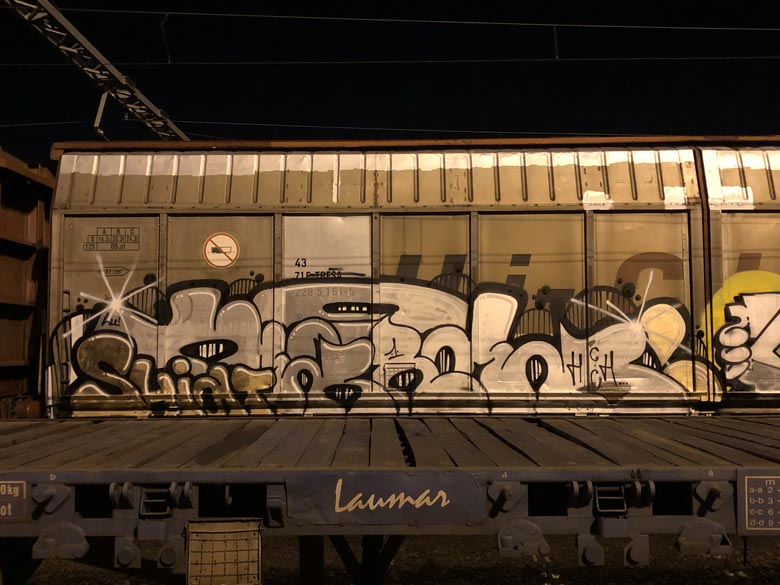 Aren’t there discrepancies among so many people?

Of course there are, as in any large group of people with such different interests. It would be strange if there weren’t. These days it’s to each their own. I live in Madrid now and you could say my vision of CH is more nostalgic, I miss Buenos Aires every day and for me nothing has changed there, but the reality isn’t as so. As I told you, some see it as something from the past and no longer identify with the crew, others do because they continue painting. In reality you would have to ask each one to see what they think. I can only speak to you for myself and for me it continues to make sense for a thousand reasons, mainly because I continue writing that name every time I can and I continue to have that Corbeta spirit.

Give us a brief summary of what we are going to see in FOBAL.

In FOBAL you are going to find a tribute to South American football and to those who gathered to play football in the little Flores court, with the work of Gordo Pelota and Paul Loubet. We will also present a collection of clothes in collaboration with the people of So-Mad Clothing, inspired by our childhood idols and the Argentinian folklore surrounding this sport. It opens May 31st in La Causa Galería in Madrid. 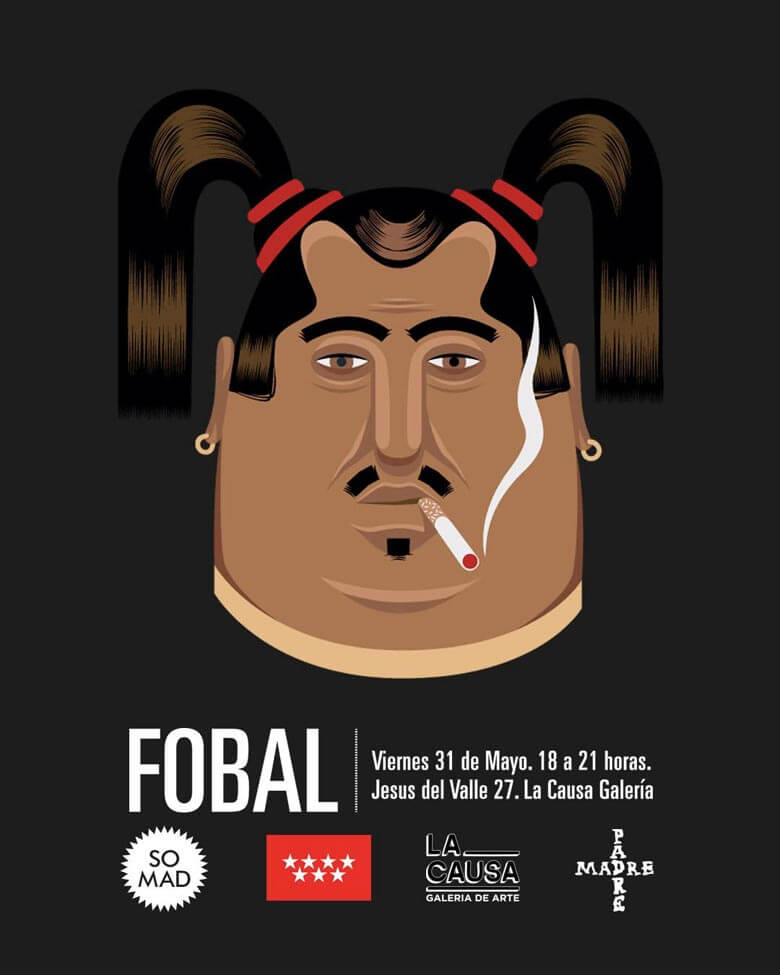 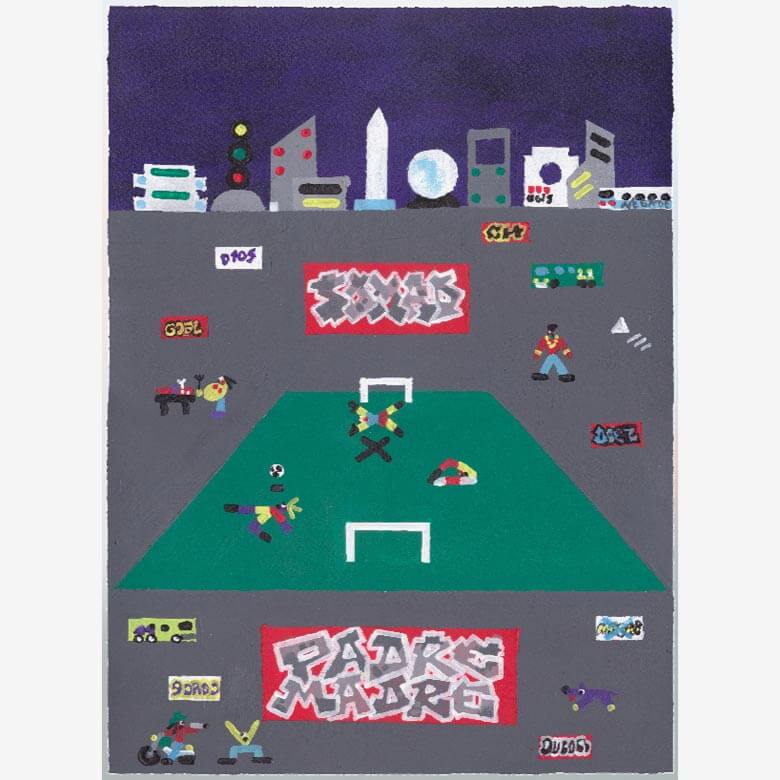 What about the Padre Madre clothing brand? What role does fashion play in all this? (Link with So Mad)

Padre Madre is a project with which I intend to continue to involve the rest of the guys to continue doing things together, but this time it’s textile based. I love the usual “pilcha” and when I arrived to Madrid I met the SoMad people. The idea of collaborating and doing something related to this topic came up. 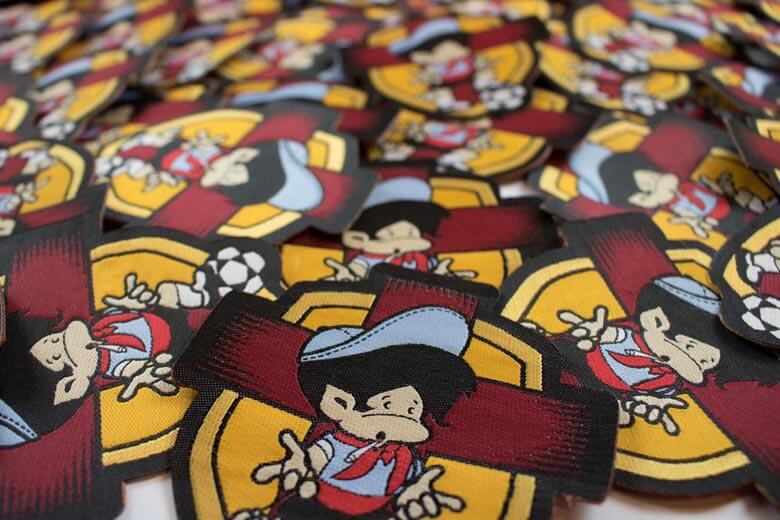 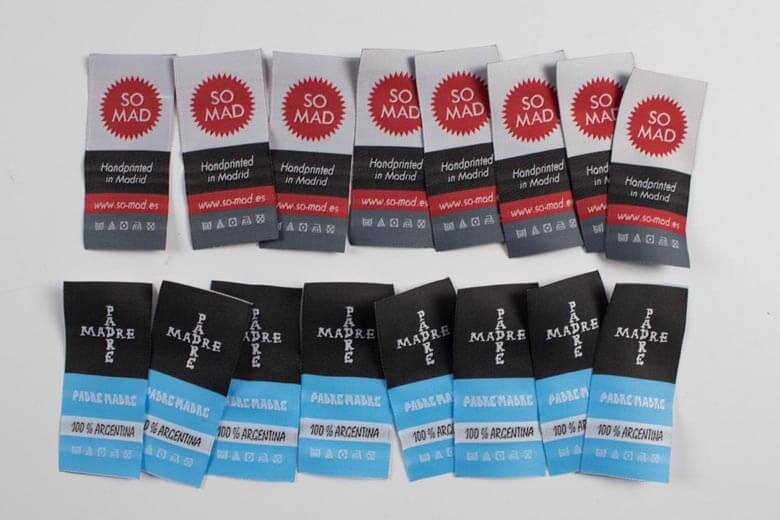 As always we hung up the idea to dry, but the idea was always there, and last year we put our heads together with the concept of doing something football-related but different to what everyone is doing now, with ‘cheta’ jackets that look like first class European football garments. We as always wanted to bring out the essence of South American football and our idols, with that rotten, less elitist, folk touch.

“On a graff level, Corbeta is no longer what it used to be. I’m not going to deny it, but there’s still some of us are out here writing it to a greater or lesser extent.“

The idea with Padre Madre is to release stuff in Europe and South America, on my behalf from Madrid and Argentina with @latelierdalbert, Corbeta’s magical silkscreener. Let’s hope the game goes well and it doesn’t end up as nothing after this first attempt.

On a graff level, Corbeta is no longer what it used to be. I’m not going to deny it, but there’s still some of us are out here writing it to a greater or lesser extent. My brothers Soer, Poms, Ducon, Doez, Shok, Past, Nick, D10S, Nase, Spok, Pant, Bigot, Leito, Moek and a server too. Greetings to my Players, my other family. Hold tight. 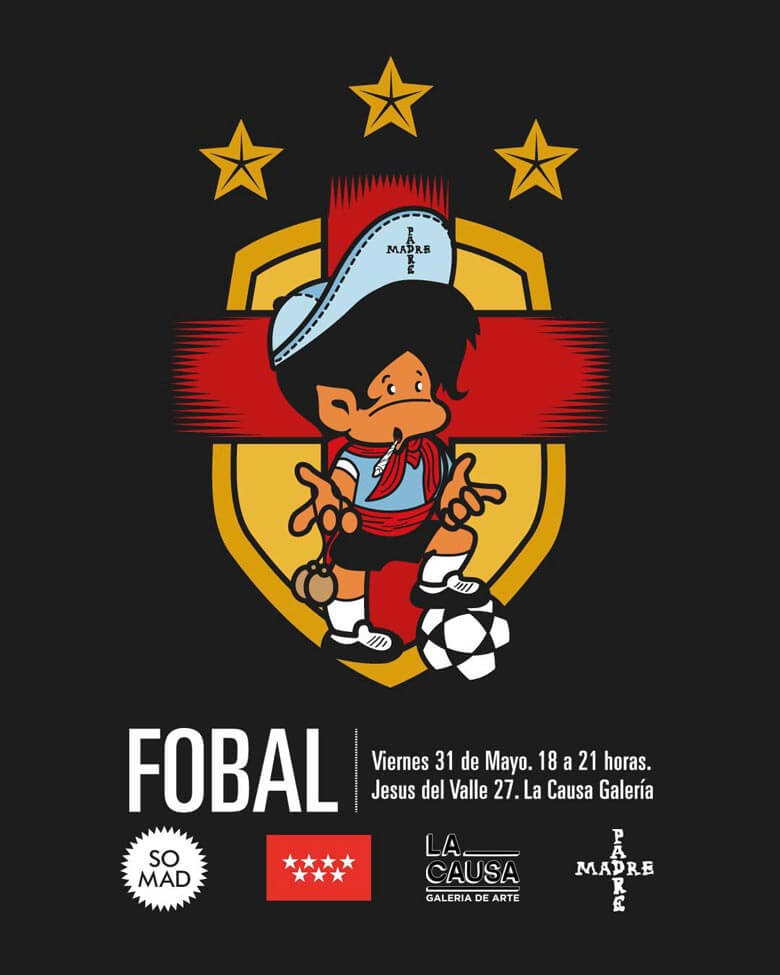 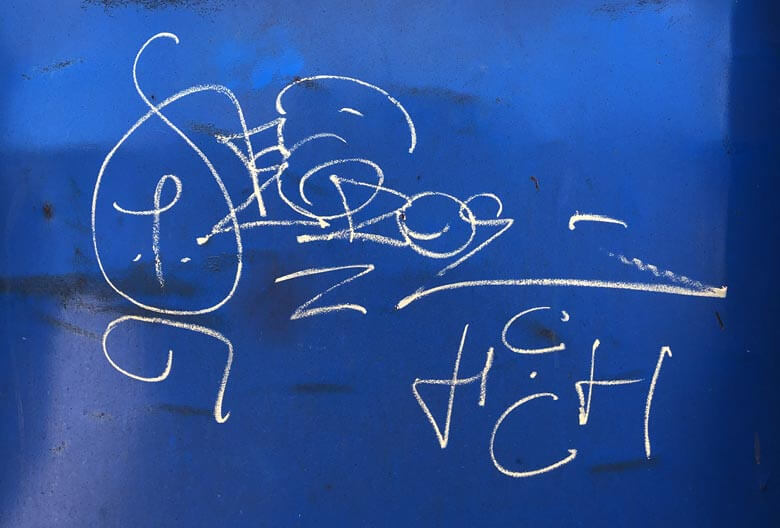