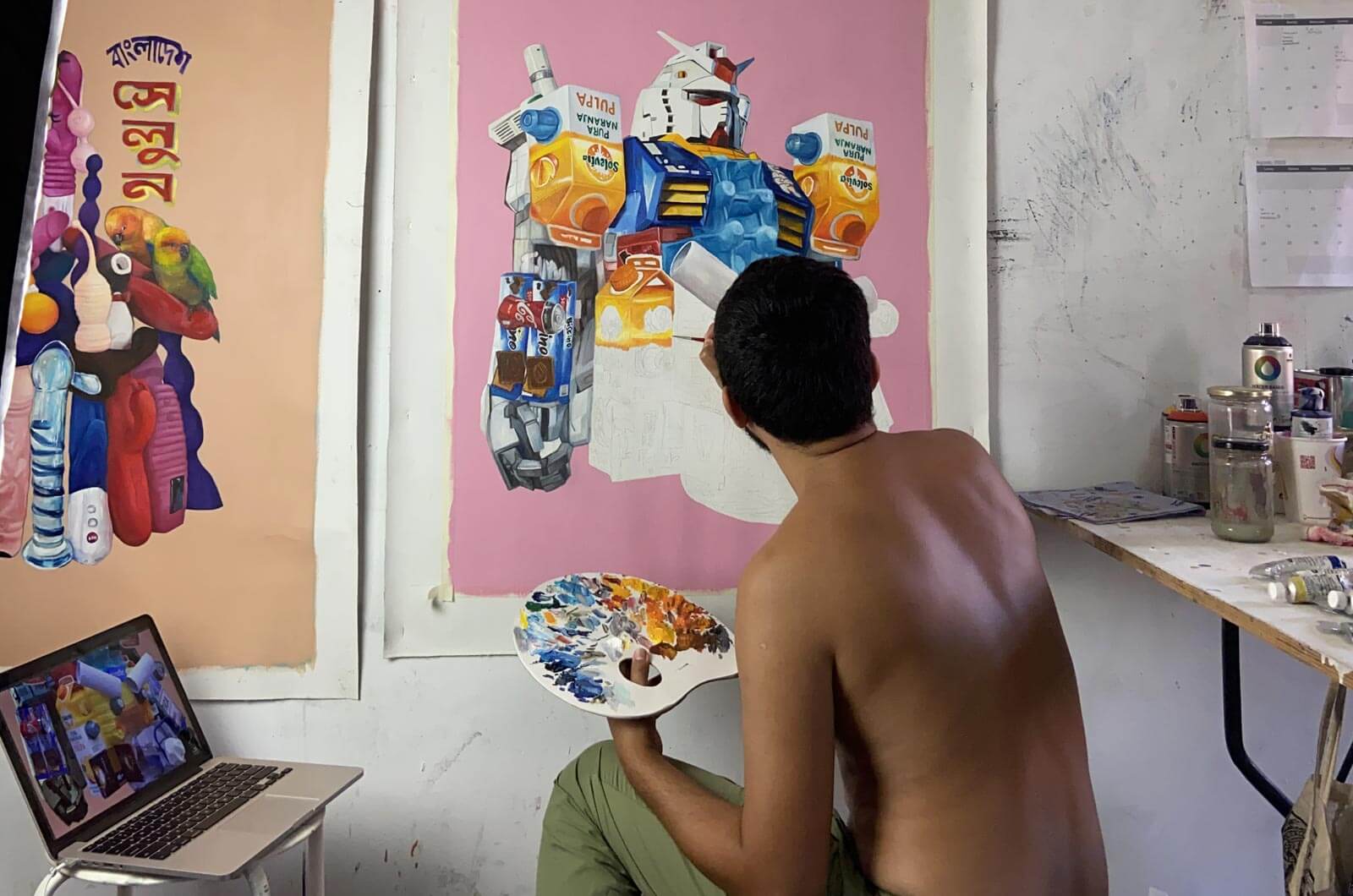 Let’s take a look at what the two artists selected for the MTN Virtual Residency have been working on. We’ve asked Ever and Motomichi Nakamura some questions about the projects they are carrying out, the initiative itself, and the general context that frames the action…

At what point of your life did you start making art, and why?

Nicolás Romero EVER:: Childhood was the place of greatest creation, since I didn’t have any notion of anything, I think it was freer, infinite lines without knowing where they ended, the sheet of paper was the limit (or maybe not). I always felt comfortable with the act of drawing, I tried to do it in all possible places.

Motomichi Nakamura: I’ve always liked drawing, painting, and making things with my hands since I was a child. But I would say that it was almost 5 years after I graduated from art school when I felt like I was making my own artwork. I had been working as a graphic designer but I gradually became more conscious about what, how, and why I make things and my work became more personal. 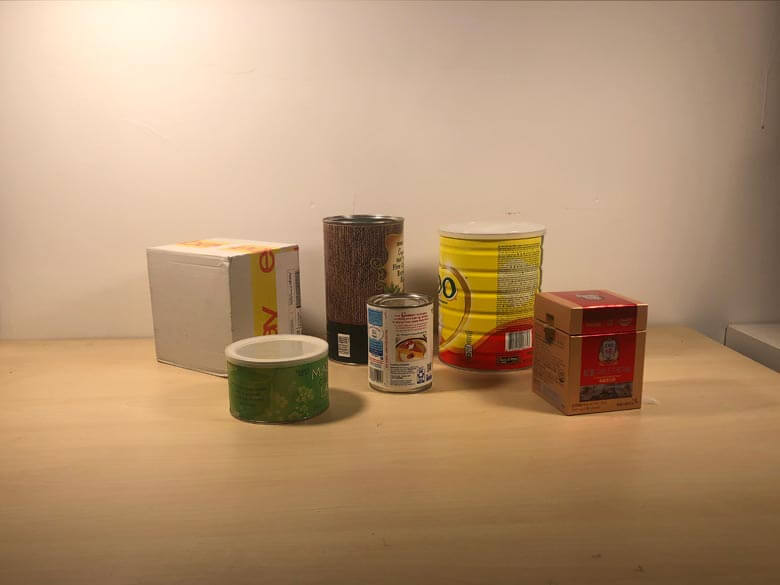 At what point did you decide to present a proposal for this project?

E: I decided to submit a proposal when I realized that because of the context of what we’re experiencing, my (unplanned) stay had been prolonged. It seemed to me that from this moment of crisis there also emerged a possibility of studying what is happening —  as our movements were conditioned I think that certain activities were emphasized, and that they’re here to stay.

M: I started doing mobile and outdoor projection mapping in the last few years and I saw many similarities between street art and projection mapping, so I decided to give it a try and apply for the opportunity! 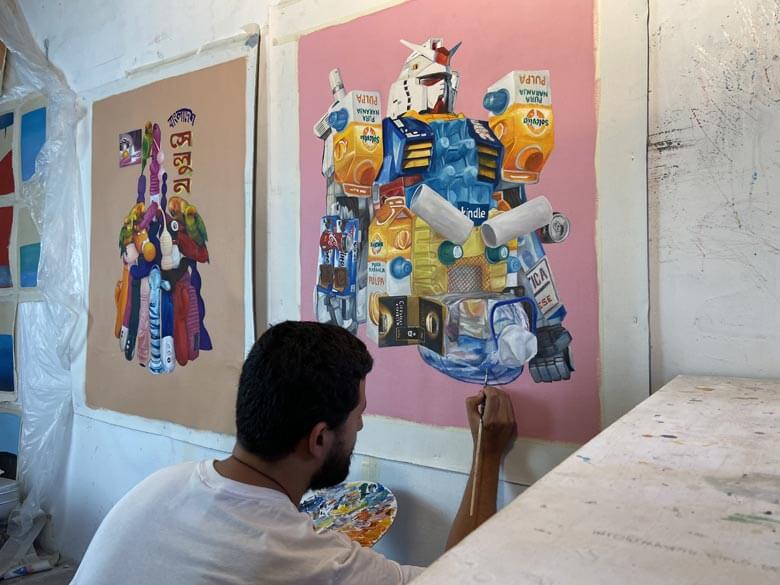 How have you experienced all the difficulties related to COVID-19 (your own health or that of your loved ones, quarantines, limitations on mobility, etc)?

E: I think that it affected my creativity. By limiting my mobility it was very difficult for me to get inspired, since I need to be outside a lot, drifting. Certain crises arose from the fact of that I wasn’t in my own country, I had fear, anxiety, doubts, but I also accepted those states as opportunities to get to know myself.

M: The quarantine (or sheltering-in place) came rather suddenly in New York City and it was frightening at the beginning, to be honest. Being locked inside all day, day after day in a small NYC apartment with two small kids and two adults wasn’t easy either. But after about a couple of weeks, things became even more difficult for us when I came up with a fever and thought that I had contracted the virus. The test wasn’t really accessible at that time and all the hospitals in NYC were overwhelmed with the patients, so the best I could do was to “quarantine” myself in a room within the small apartment. The only thing that I could think of that time was “What if I had given it to my children or my wife? What if I don’t get better?”.

Tell us a little bit about your idea for the project that you are developing around the “New Normal.”

E: The objectives of the residency are to visually capture both personal and collective records of the symbols of mandatory preventive social isolation. The isolation horizontally crossed spheres that were already in crisis such as sex, identity, and economic inequality. For example, physical interaction with others in the context of a pandemic becomes a potential danger, and this conflict resulted in an increase in the consumption of sexual objects for personal satisfaction. During the pandemic there was a democratization of information. Both the information on the virus, as well as a global democratization of cultural consumption, the same series, the same memes, the same numbers, etc.

M: We have spent so much time in front of screens during the quarantine. Most of us had to adapt a large part of our lives to an online environment and we even had to replace our essential daily physical life experiences, such as socializing, into a virtual environment.

Now that we are finally starting to go outside we look at things in different ways. We are paying more attention to our surroundings. We appreciate small things that we used to take for granted such as the fresh morning air, the trees, birds chirping, chatting with strangers on the street, and having a cup of coffee outside. Our experience from the quarantine and the pandemic forever changed the way we see things, and the course of our lives. Although we are spending more time outside now, our dependency on the virtual environment will not stop and will most likely increase and continue to impact our nature and society.

Projection of digitally created animated characters onto ordinary objects outdoors is the reflection of our society in which boundaries between physical reality and virtual reality are becoming blurred, and our reality is more clear and real in the blurred area.

What positive consequences, on a social and artistic level, do you think will be felt globally due to COVID-19?

E: I believe that the positive consequences of the pandemic are realizing how we need each other, as well as the idea of considering eliminating certain systems for the future.

M: While this pandemic situation has been causing so much pain and trouble for all of us, I think there are some positive things that we learned (or are learning) through this experience, such as the value of living simply, being patient, appreciating the small things, being compassionate to others, and so on. For me as an artist, more than ever, I feel a lot more connected to the community and the society around me, and it has become a constant reminder of any actions that I take including creating my artwork. 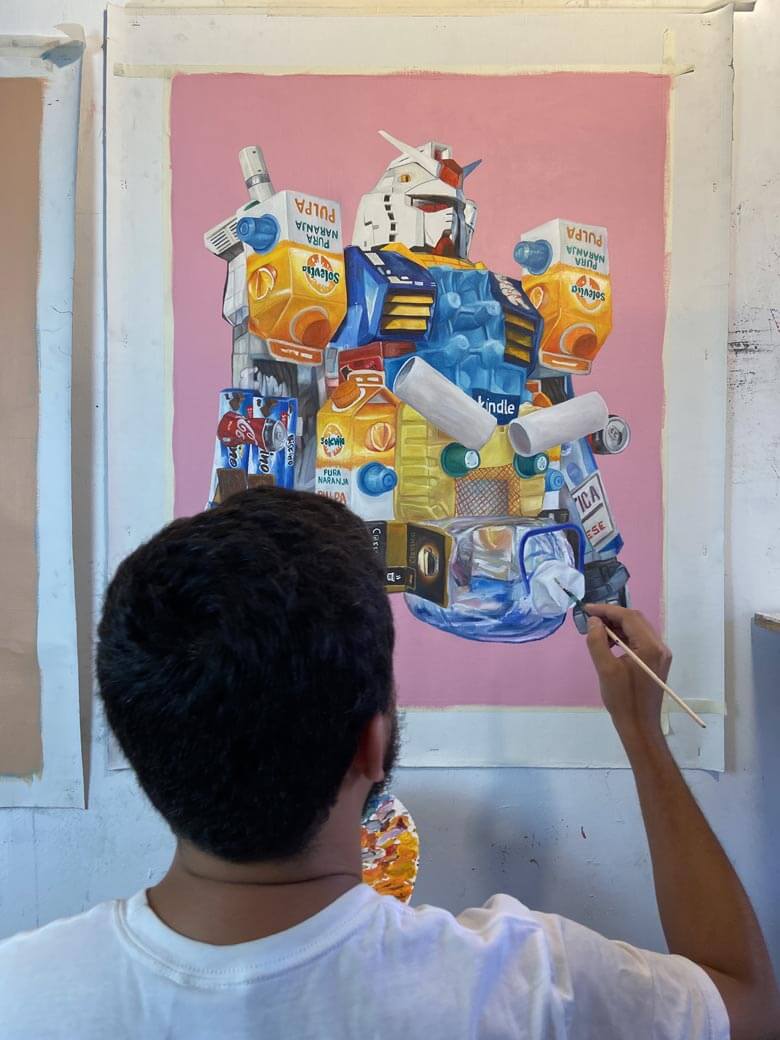