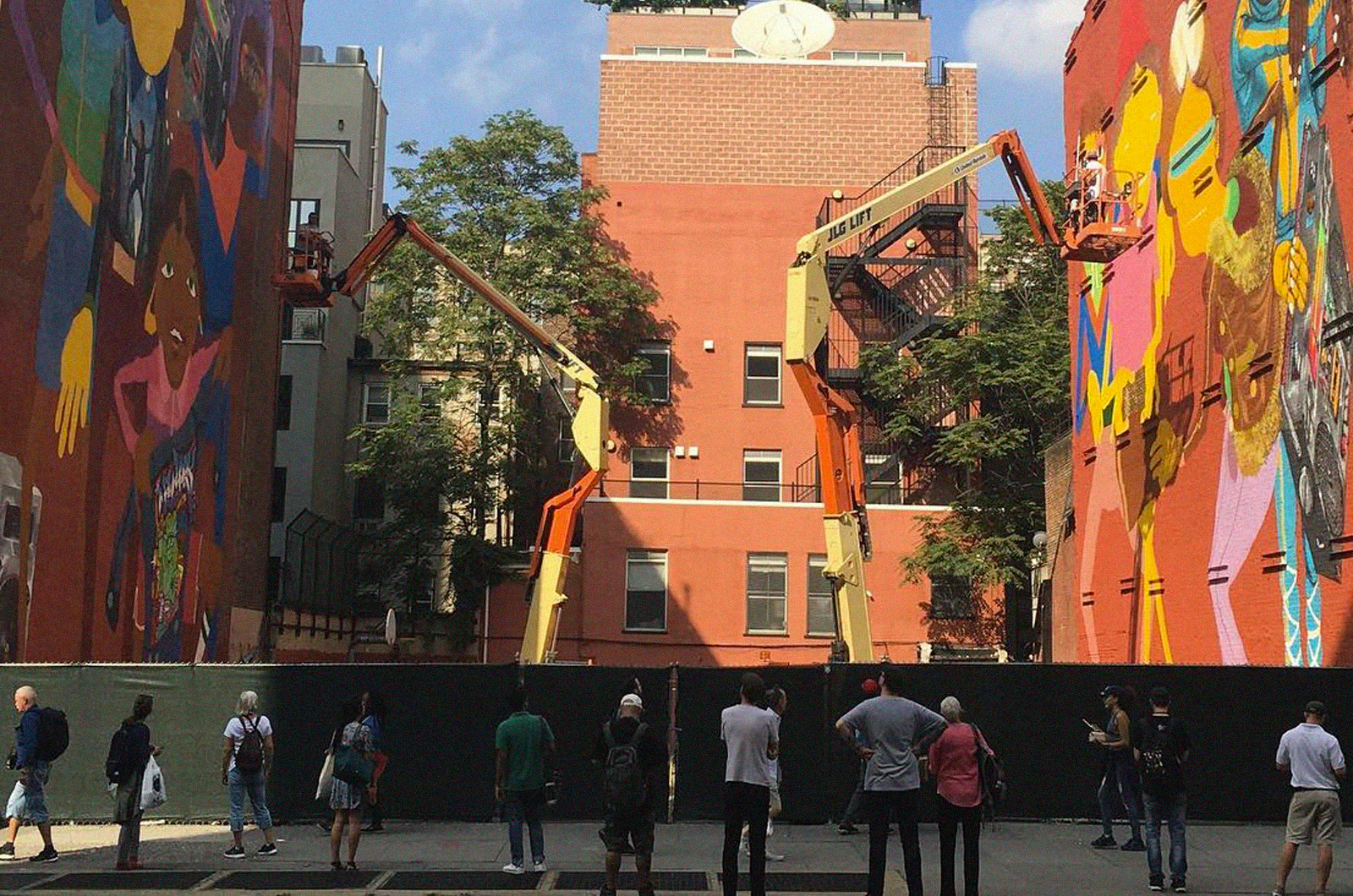 The Pandolfo brothers have returned to the big apple in a big way: with a double mural intervention. The two side walls on 14th Street were exposed to the elements after a building demolition served the twins well for the execution of two interventions united by an confrontational dialogue. 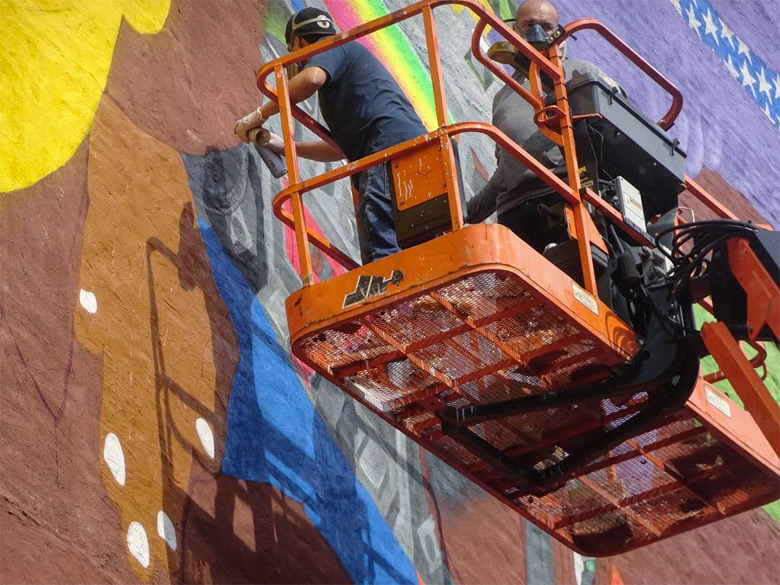 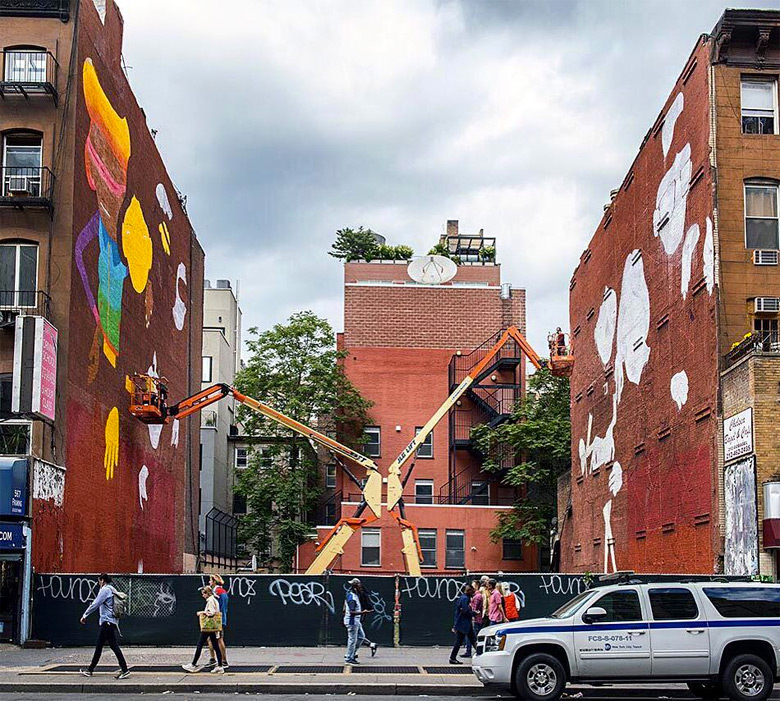 The old school references are more and more present with each consecutive Os Gemeos mural work and this time, they took advantage of the two wall situation to pay homage to the break dancing battles that took place on the streets and in the store fronts of New York in the 80s.

Guetto blasters, futuristic sun glasses, tracksuits, a Dondi tribute and a surprise painted denim jacket feature by Todd James are a few of the references that you’ll notice in this double composition. Once again, the universally most famous graffiti painting twins have come out at the top of the top. 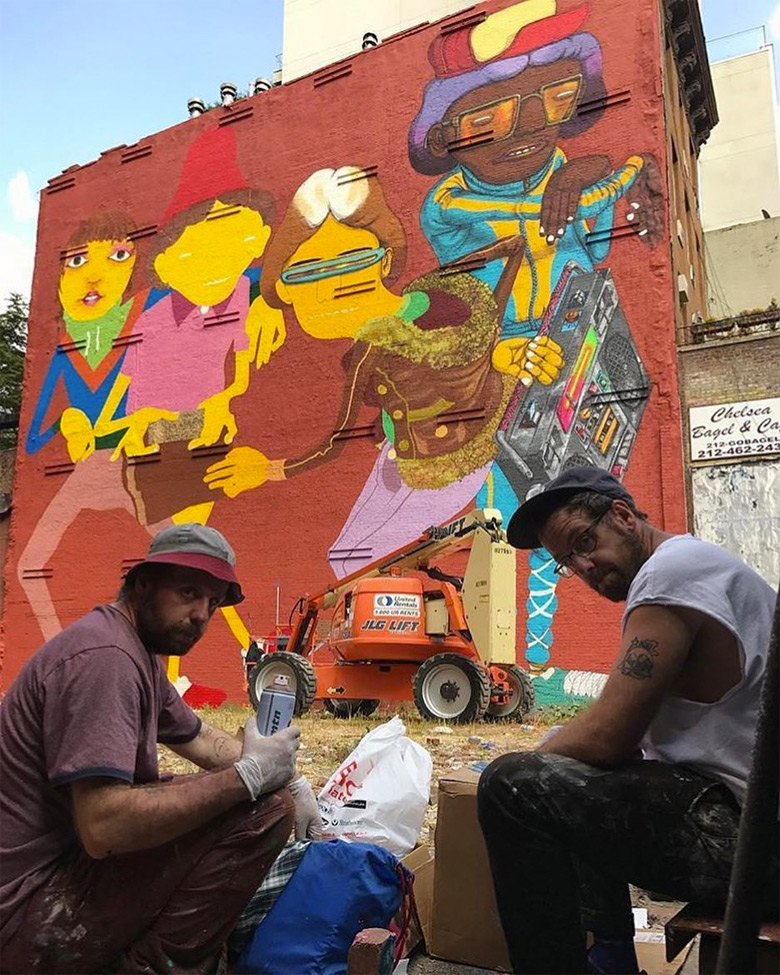 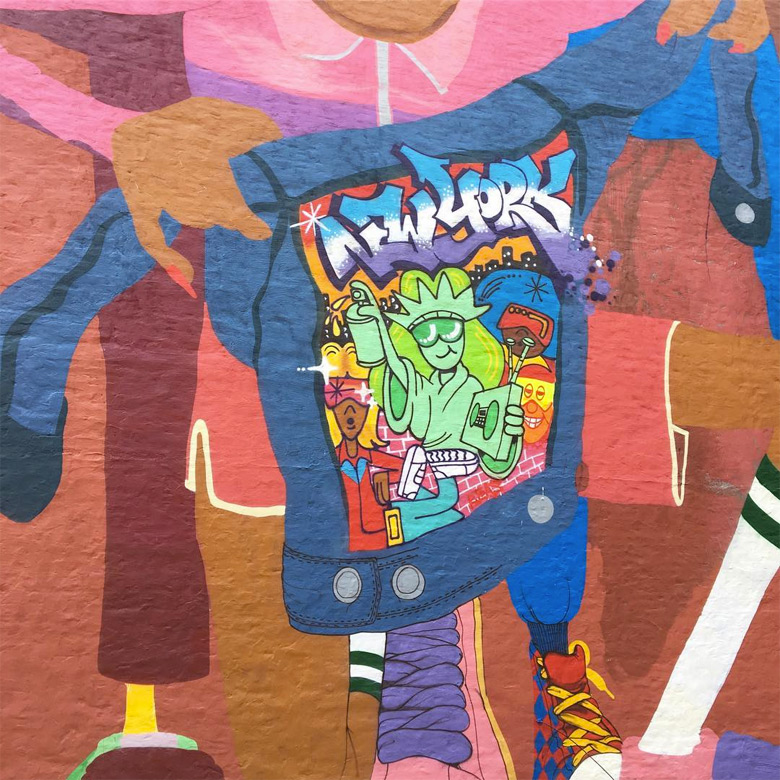 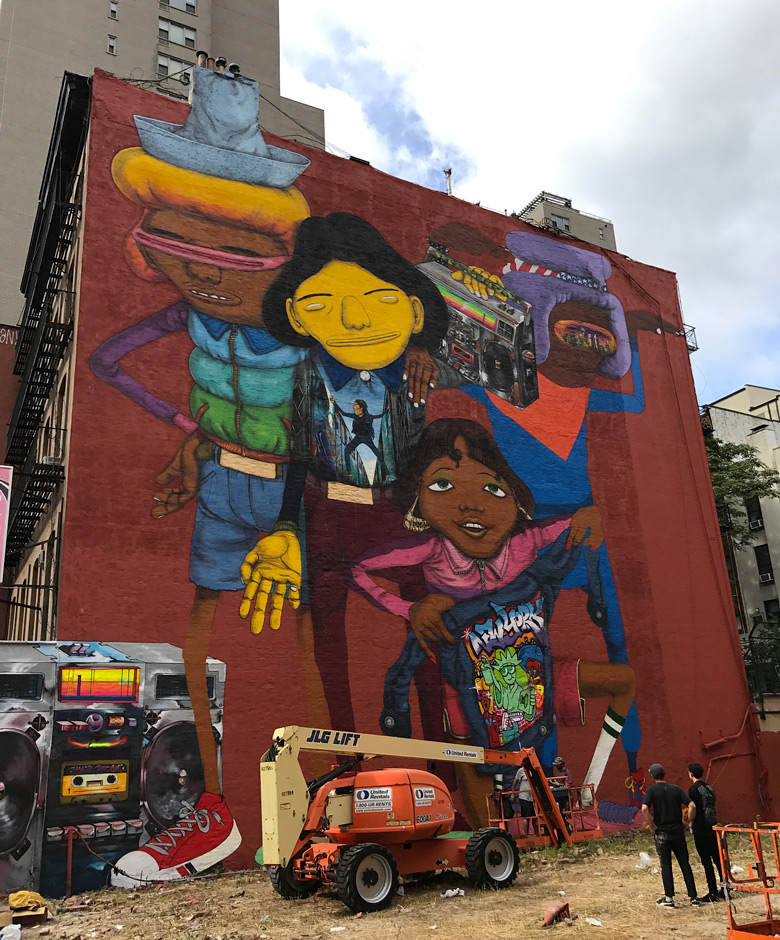 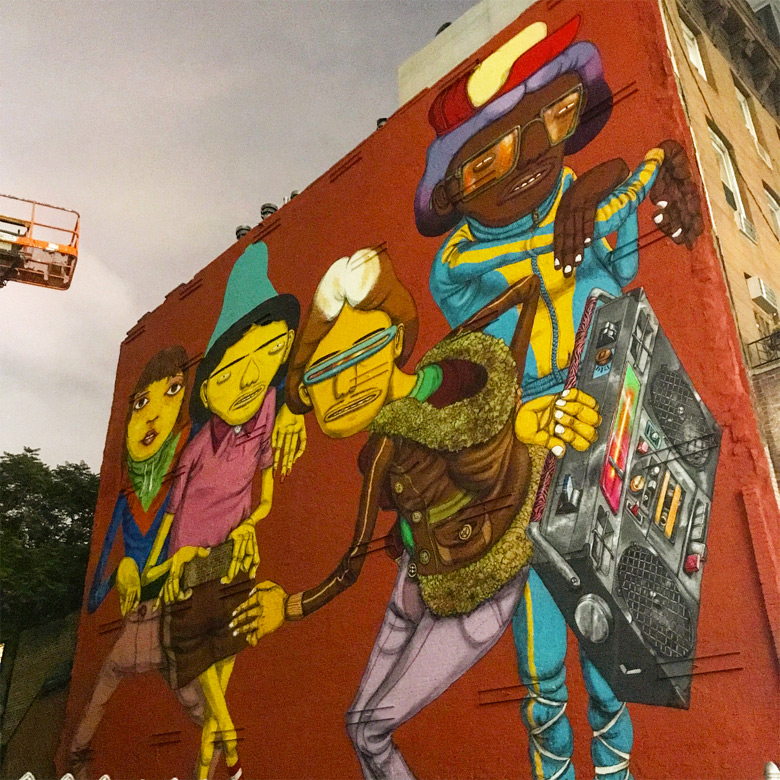